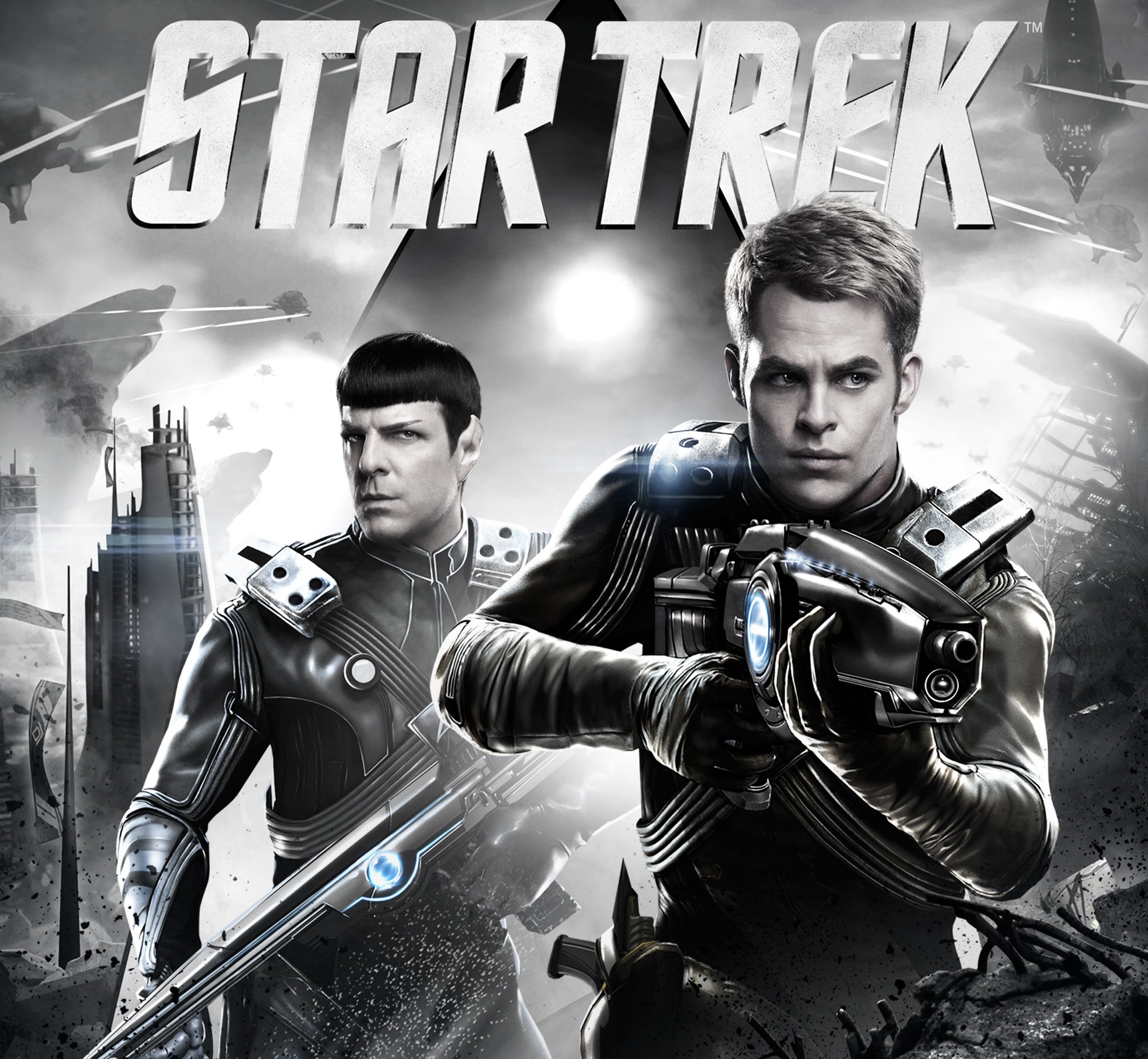 Star Trek: The Game, what can really be said? As a general rule, movie tie-in games are a bit rubbish. As with any general rule, of course, there are exceptions. The original Golden Eye for the N64, for example. Or The Chronicles of Riddick: Escape from Butcher Bay for the Xbox. But these are anomalies. You can be almost certain that any game based on a film is going to be mediocre at best. Why is this? Well, marketing executives usually demand that the game be released around the same time of the film; in order to cash in on the film’s success. This results in hastily developed, half finished, and buggy games. Not only that, but developers would much rather be building games based on their own IPs, rather than licensed products, so they do not have the same passion and desire to create something good.

So, does Star Trek: The Game change any of this? I mean, it’s been in development for over two years, and it’s one of the most passionately loved sci-fi franchises in the world. Well, the short answer is no. Sorry if I disappointed you. Star Trek: The Game is a buggy, unimaginative, boring piece of game design. It fits nicely into our ‘general rule.’ 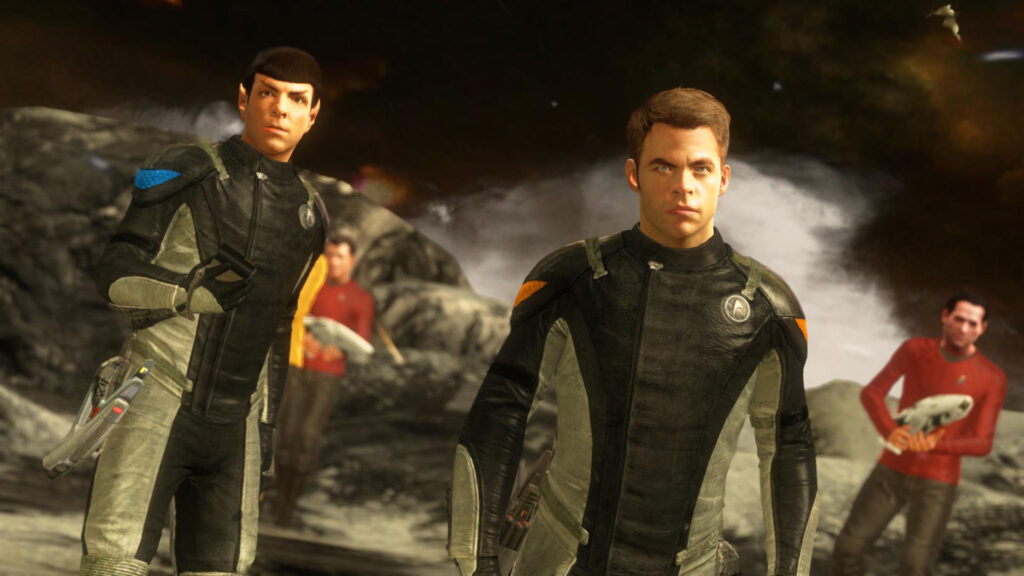 In Star Trek: the game the story is so nondescript it’s barely worth mentioning, but I’ll sum it up in a line: The Gorn have stolen a super-weapon and you have to shoot them until you get it back. That’s about all there is to it.

Star Trek: The Game – Play as Spock or Kirk? Does it even matter?

At the beginning of Star Trek the game, you are given the choice between playing as Spock or Captain Kirk. The description of Spock is ‘tactical, precise and logical’, while Kirk is ‘brash, bold, and clever.’ It’s certainly an interesting start. Much fuss was made before Star Trek the game’s release of the difference between the two playable characters. It immediately lends itself to re-playability and has the potential to line up some good co-operative play. The juxtaposition between the logical, rational Spock and the passionate, reckless Kirk is one of the elements that has made the Star Trek franchise so successful. To see this played out in Star Trek the game would have been awesome.

Except that doesn’t happen. Instead, Spock and Kirk play in much the same way. Their differences, apparent during cut-scenes and dialogue, are ironed out during gameplay. There is very little reason to go back and play again as the other character, because there is nothing really different about them. They both have the same capabilities for stealth and action. Sure, there are some sections where Spock does something clever with a computer, while Kirk shoots something; but these moments are scripted and, essentially, superficial.

Even if there were real differences between the two characters, it would be difficult to understand why anyone would want to replay any of this mess of a game. Moving between pieces of cover and working your way through the endless corridors and bland environments is made all the more frustrating by the controls. The controls are clunky, imprecise and unresponsive. The shooting mechanic is OK, I guess – perhaps made palatable by the authentic phaser audio. But it quickly becomes a repetitive slog.

In Star Trek the game, the combat is broken up by platforming and puzzle sections, which are so mind-numbingly easy, it’s difficult to see their worth. The story will last you about 10 hours, which is fairly long by modern standards. This is nothing to rave about however, as it’s extended only by ‘filler’ such as searching for energy batteries to unlock doors, or finding switches which are ridiculously far apart from each other. I mean, you spend about an hour just opening doors! In the end, you’ll just be relieved to have finally finished it. 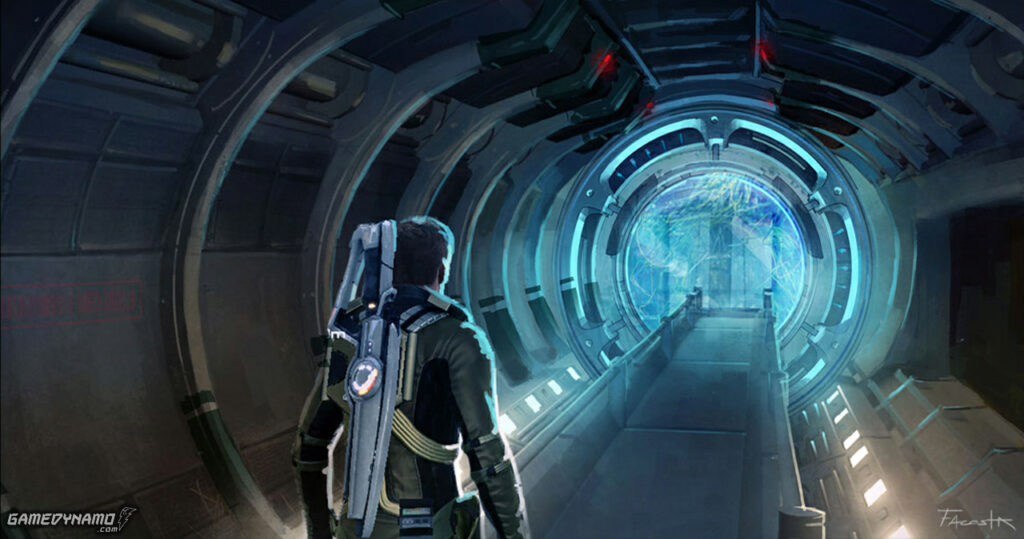 Both enemy and ally AI is frustratingly stupid. The Gorn (essentially dinosaurs with guns) will occasionally forget to fight and just stand there and watch as you walk up to them and shoot them in the face. Similarly, your AI companion will only revive you when he feels like it, even if you are bleeding to death at his feet. And when he goes down himself, he wont try to crawl out of the line of fire to safety, but will just sit and wait for you to go to him. Sometimes, rather amusingly, your AI companion will run into a wall for 5 minutes.

Star Trek: The Game is not pretty either. Low resolutions, clumsy and robotic animations, clipping, poor lip-syncing … But more than that, there is simply not one whiff of artistic design here. The enemies are all a muddy brown color, as are their ships. The weapons are unexciting and the environments are bland. There’s no attention to detail, no incentive for the player to stop and take the time to look at things. Clearly, this game suffers from a severe lack of care.

No love has gone into developing this game. Occasionally, you get a glimpse of what may have been. The few minutes you spend outside, for example, show some promise. There’s a gorgeous sunset, squawking birds (which you can incinerate), a sky crisscrossed with jet streams … it all contrasts so nicely with the sterile interiors. Unfortunately, it’s in the interiors where you spend most of the game. 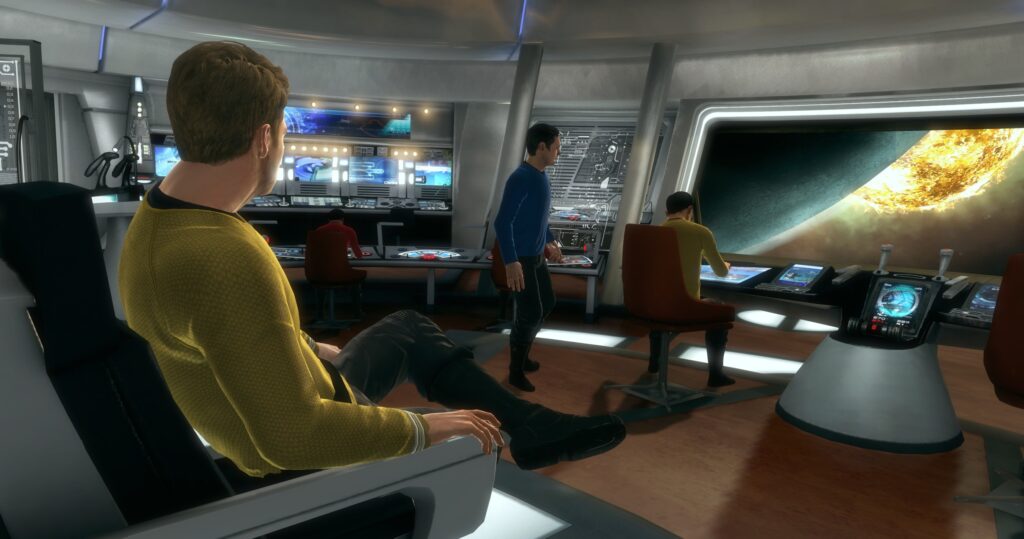 If the game has one redeeming quality, it’s the voice acting. It’s voice acted by the cast of the rebooted Star Trek films and the witty banter between Kirk and Spock is actually quite enjoyable. The quality of the voice acting only serves to highlight just how poor the visuals and lip-syncing is. However, even the professionalism and skill of the actors involved cannot make up for the terrible writing and majority of the dialogue.

Everything about this game just screams hasty productions and unimaginative development. The environments are bland and the enemies are blander still. There is simply no interesting artistic design in Star Trek: The Game. Everything is done by the numbers, and it feels, like with most movie tie-ins, that the developer has done just enough in order to get the title publishable. No more. And that’s probably giving them some credit. I doubt even the most devout trekkie will enjoy this game.