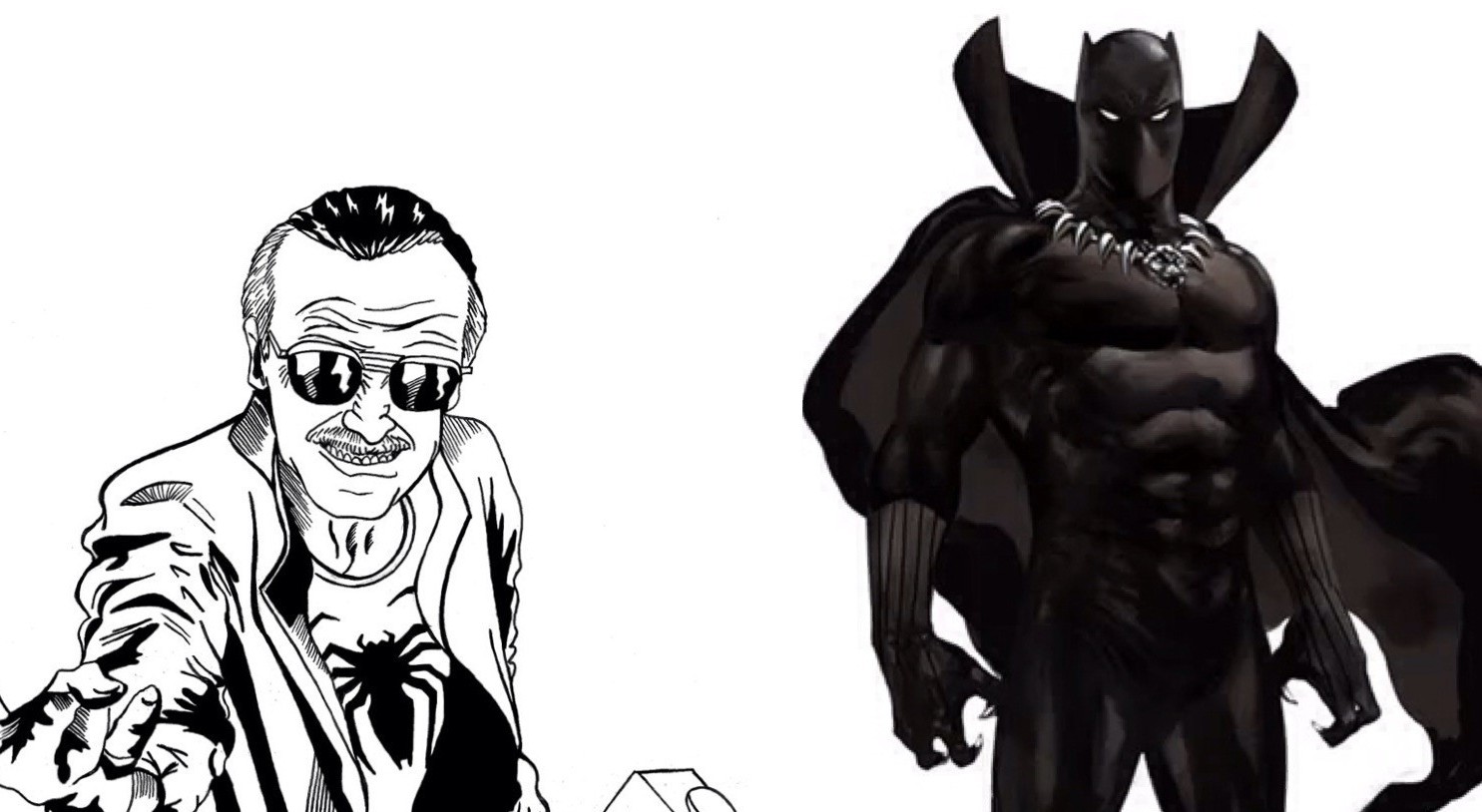 I’m sure at this point that we’ve all seen Stan “The Man” Lee in an interview, so we can all agree that the beloved 91 year old loves to talk. He’s ecstatic for his brittle age, and for good reason. As DC carefully sits and systematically ponders their next move in a shared cinematic universe, Marvel appears to be on top of the world not only after every summer season, but in the spring (Captain America: The Winter Soldier) and fall (Thor: The Dark World) as well. And with each blockbuster the hulking studio delivers, The Man joyfully watches as his marvelous empire prospers. He is so overfilled with money and joy in fact that he just happened to leak a little too much info on what Marvel and the House of Mouse are planning.

…to discussion. While I’ve already covered how Black Panther and Captain Marvel (Carol Danvers) have been teased for months, this latest post pretty much confirms to what we were all hoping. During a Q & A session at Fan Expo Canada, Stan Lee was approached in regards to Black Widow’s own solo movie. According to Comic Book Resources, The Man said, “We haven’t made a Black Widow movie but she’s in some of our movies, and she will be featured more prominently as we move forward. And the chances are she will have her own movie because eventually all the superheroes are going to have their own movies. They are already working on Ant-Man, Dr. Strange and the Black Panther and there are others I am not allowed to talk about.”

Meanwhile the execs at Marvel are ensuring that Stan Lee will have his personal set of cue cards. There’s no doubt now that T’Challa will soon be announced. Given the notion that Ant-Man is currently filming and Dr. Strange is in the preproduction stages, Black Panther’s accidental name drop is netted into the mix. Black Panther, a long awaited character, has actually been rumored since the 90’s when Wesley Snipes pitched him along Blade to produce. Though Snipes has to forfeit the mantle, mainly due to the rumors surrounding a Blade revival, others such as Chadwick Boseman have surrounded the character as fan prospects. Which begs a second question: Who are these “others” that Stan actually keeps from blurting out?

“There are others I am not allowed to talk about,” The Man said during the interview. Under the idea that “…eventually all the superheroes are going to have their own movies,” and Marvel confirming a massive movie plan reaching to 2027, Stan Lee sheds some light on the fate of Marvel’s franchises. Since all great things come in trilogies, most successful franchises run no longer than the Holy Trinity needs it (yes, Fast and Furious is that wild card that defied it). The truth is eventually The Avengers and all those involved in the three phase initiative will soon come to a ceremonial end, thus giving way to fresh franchises and new characters. If the Others that Stan refers to are fated to carry the torch for Marvel, then whom could they be?

Can we expect a possible Thunderbolts or Inhumans film, or is Marvel looking to reacquire the rights to Fantastic Four, Spiderman, or even X-Men? Or even an Avengers West Coast, Defenders, Heroes for Hire, Illuminati…with many flagstaff characters already in motion and Marvel looking ahead ten years we could be seeing more of the lesser known teams become franchises, maybe even the Great Lakes Champions. Now about the cue cards.