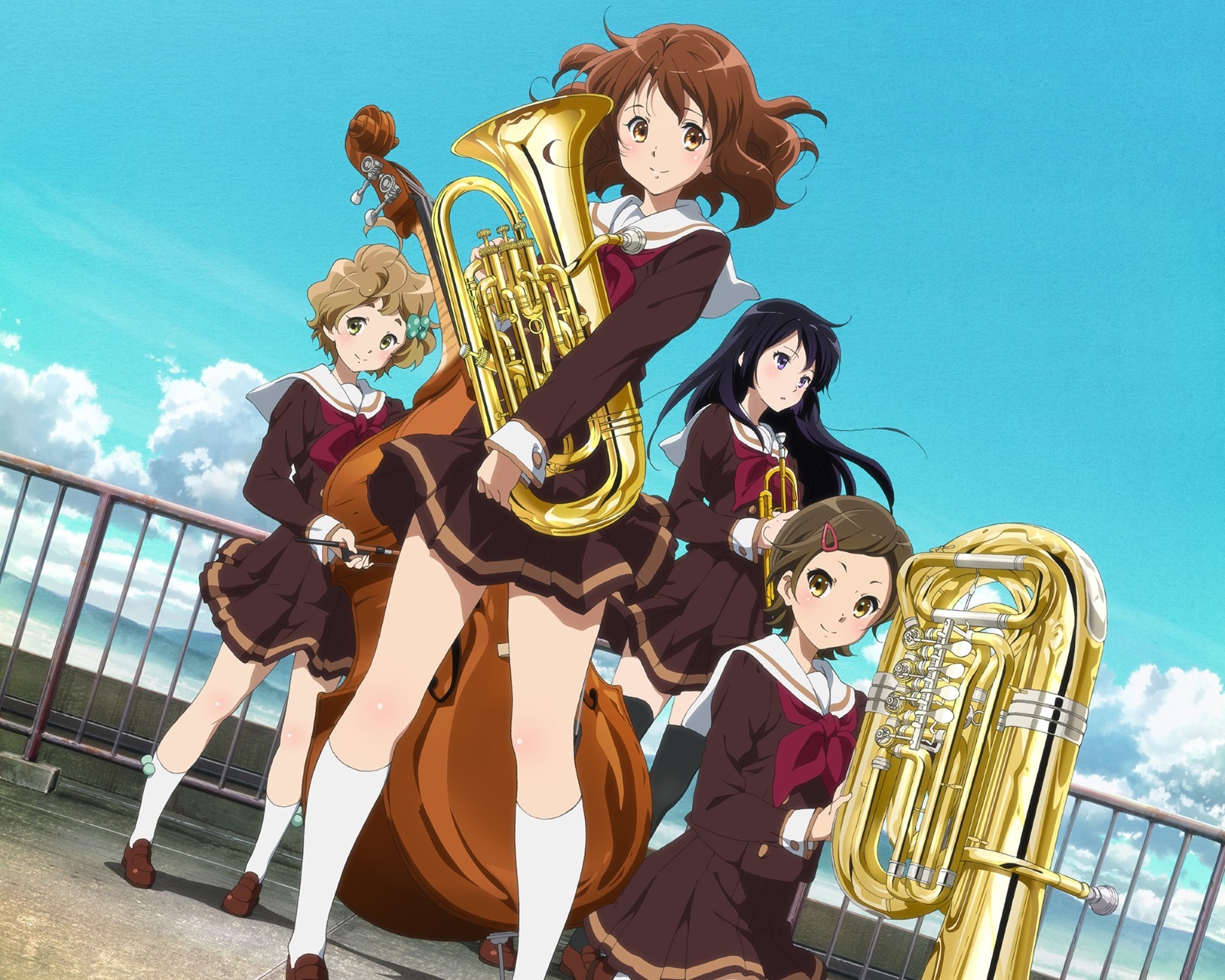 If any of you have had the opportunity to play an instrument in your school band, then you know all about the frustrations and pressure to perform as well as the rewards to be reaped in the end. Sound! Euphonium captures the everyday essence of band class as well as the difficulty to master an instrument. The show portrays these things in a lighthearted and comedic matter, but still presents the reality each character has to face. 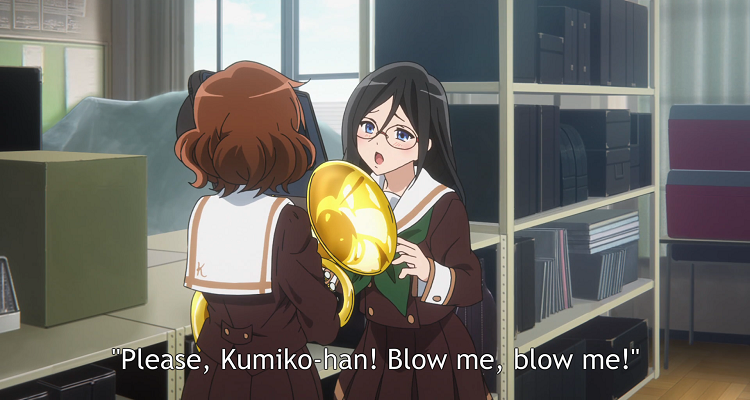 Kumiko Oumae just can’t get rid of the euphonium. It has been her instrument since she was a kid and she is now stuck playing it for her after school band class. Things change when they get a new band teacher for their class. He is critical but fair in his assessment of the band. Through trial and error, Kumiko and her band mates fight for positions in the band and win gold at the national competition.

Sound! Euphonium is yet another production from Kyoto Animation (KyoAni). Having cemented themselves as legitimate makers of some really good anime, it’s no wonder they can take a slice of life story such a this and give it an actual plot. While the anime does have its fair share of funny and charming moments, it does not shy away from the drama. Our protagonist – Kumiko – does not seem to have any particular goals in life, yet she is surrounded by people who want to succeed and contribute to the band. KyoAni effectively portrays each characters’ struggles, whether it be the conflict between who gets the solo part, getting rejected by your crush, or choosing between being a part of the band or getting into college. Therefore, it is largely the breadth of each character that is driving the plot towards the big performance. 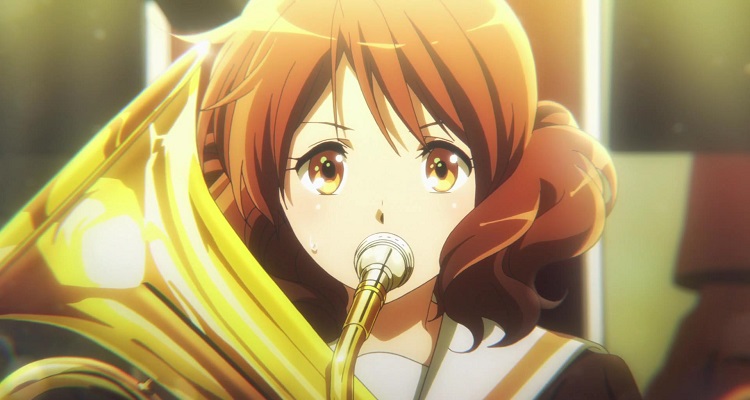 The animation quality from KyoAni is once again phenomenal. Having made themselves a reputation of an anime studio that has high standards, they give Sound! Euphonium a bright atmosphere that highlights every feature of our main characters as well as eye popping backgrounds to add to the detail.

The opening and ending of the anime are each fairly catchy. More specifically, the ending “Tutti” perfectly closes out the anime with its catchy tune and attention grabbing animated visuals. In terms of musical composition, they do a fair job of collecting an ensemble of instruments and constructing an overall pleasant sound for the band. It not only brings back memories of band class, but also cements the anime’s musical atmosphere. 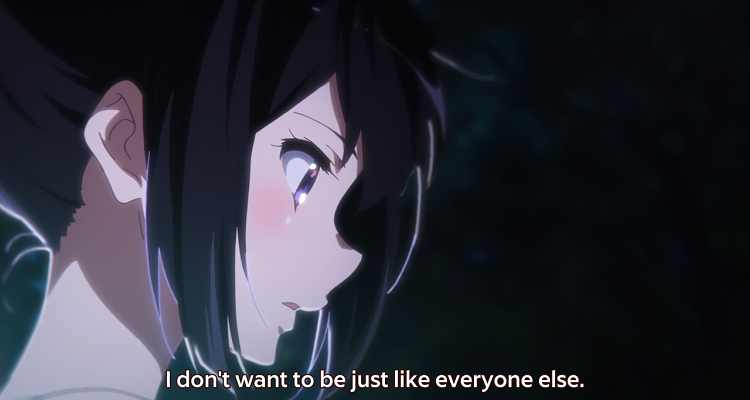 Going back to the characters, Sound! Euphonium doesn’t just focus on Kumiko and her friends. While individuals such as Aoi Saitou (Kumiko’s senior by 2 years) and band vice president Asuka Tanaka are involved in Kumiko’s story, the anime takes its time to analyze each character, as well as Kumiko’s relationship with her friends. All of this conflict is due to the fact that everyone wants to compete for the nationals and this connects with the anime’s overall message: play an instrument with passion, even if it you are not making a career out of it. This is one of the conflicts between Kumiko and fellow bandmate, Reina Kousaka. However, thanks to Reina, she gradually realizes that she wants to excel in music and reach for the top. The theme is also evident when looking at Kumiko’s relationship with her older sister (who once played an instrument, but abandoned it for her career aspirations).

Sound! Euphonium is nostalgic to whomever has been in a band. The anime does not shy away from displaying disappointments and frustration, but redeems itself by helping Kumiko and her friends realize that they should go for the big prize and take their successes and hard work beyond what they think they can do.

If you are a fan of music anime, Sound! Euphonium is worth checking out. The band songs are played effectively and gives the anime a more realistic tone. It’s also fun and lighthearted, but can have its dramatic moments as well. Sound! Euphonium is one of Kyoto Animation’s crown jewels that is still worth checking out even if you are not fond of bands or anime in general. In the meantime, I’m going to go practice my saxophone.