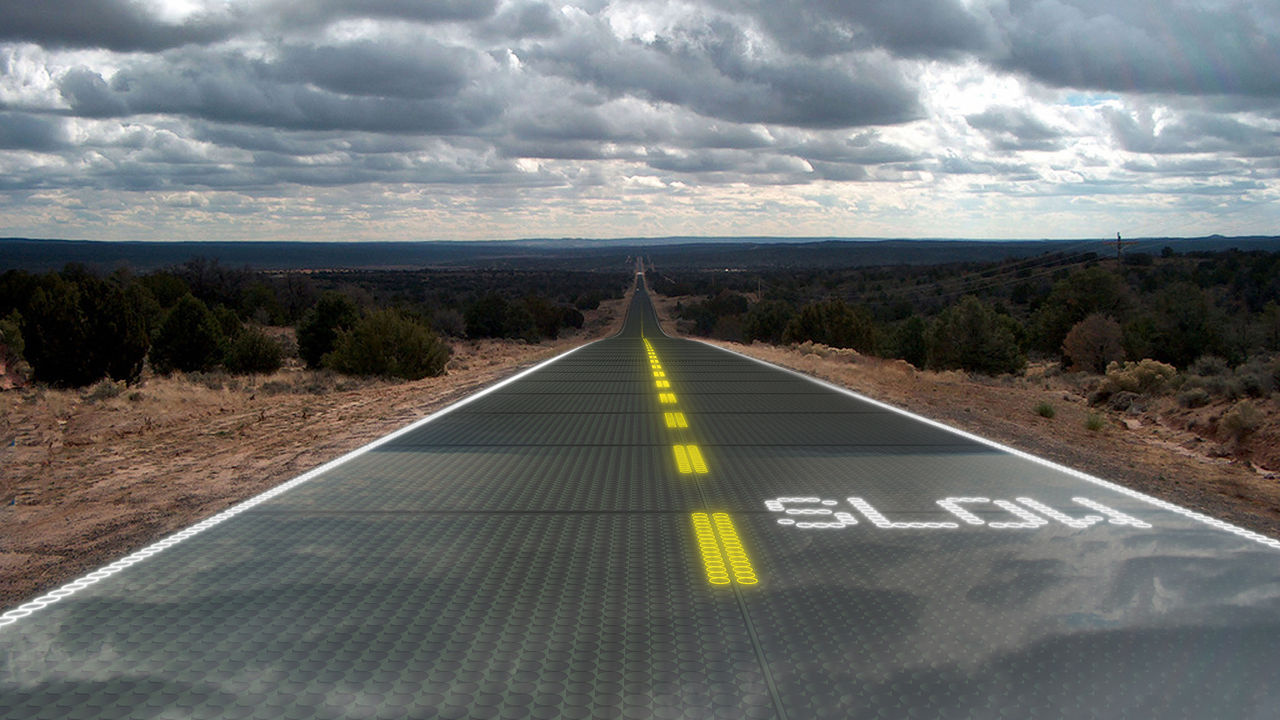 The creators of this video seem to think that they have the answer to almost all the world’s problems. Imagine roadways that generated cost. Imagine lanes that didn’t need to be painted, and could change whenever new traffic patterns developed. Imagine if roads were pressure sensitive, and could alert drivers when animals or debris were on the road. Imagine if the roads generated energy, just by baking in the sun, as they always do. All of these possibilities and many more are being proposed by this company, Solar (Freakin’) Roadways.

What are the Advantages?

The concept is simple. Instead of allowing the sunlight to be uselessly soaked up and reflected by the tarmacs we have today, we coat our highways, driveways, and parking lots with solar panels. According to Solar Roadways, their inventions can “pay for themselves primarily through the generation of electricity, which can power homes and businesses connected via driveways and parking lots.” Also, Solar Roadways fits their paneling with LED lights that and be used to indicate traffic lanes, spell out speed limits, and announce warnings. Solar Roadways list many more benefits as well, such as the elimination of potholes and ice on road. They claim that their panels can also replace electrical and telephone wires, and solve the problem of cellular dead zones.

Is All This Possible?

According to the company’s more than successful Indiegogo page, which has garnered just shy of 1.25 million dollars, it’s entirely possible. Apparently, worries such as weight, water, and cost are not an issue. Also, when it comes to the question of funding, Solar Roadways states that they will not add to the world’s expenses, but improve overall financial conditions: “The implementation of our concept on a grand scale could create thousands of jobs in the U.S. and around the world. It could allow us all the ability to manufacture our way out of our current economic crisis.”

To date, Solar Roadways has made an extensive effort to answer all questions and concerns, and has developed an extensive FAQ section on their site. There are, however, several concerns that Solar Roadways has not fully addressed. For example, each panel costs roughly $7,000 dollars. The United States alone has over 4 million miles of paved road, and it would take several billion panels to cover everything. These panels might pay for themselves eventually with the energy that they produce, but it would require a massive upfront investment. The Discovery Channel’s Curiosity.com also raised the concern that, while we have seen the solar panels withstand massive amounts of weight, their durability is not fully understood. Highway regulations such as speed limits and turn signals that depend on malfunctioning solar roadways could be a massive breech of safety. What is more, consider the threat to national security if the roadways were hacked. Lastly, solar panels are not an entirely reliable energy source, as they are less effective during cloudy weather. Thus, Solar Roadways would be less efficient in Washington State than they would be in Arizona.