The Social Significance of Fanfiction 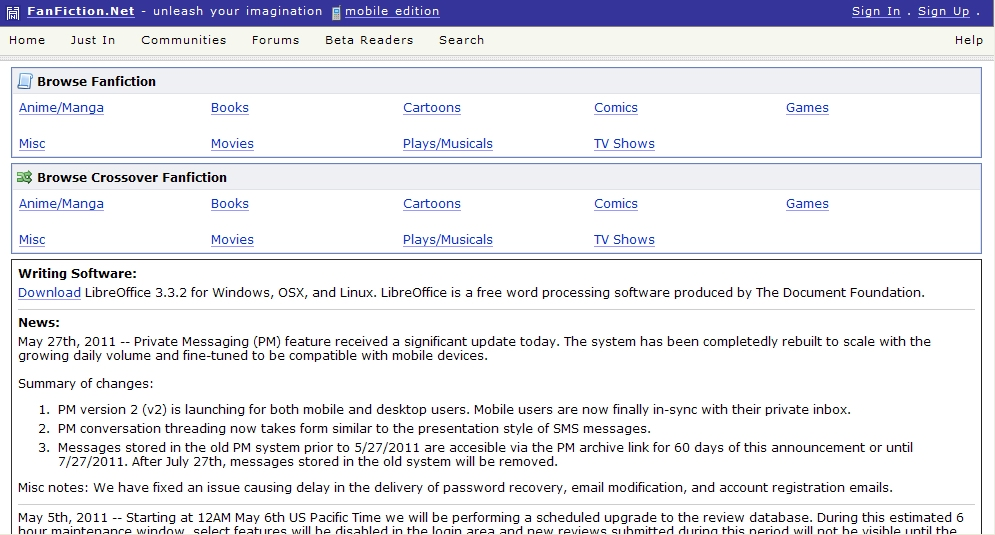 Of all of the subjects that inspire incessant waves of hatred across the internet, few are so bizarre in the amount of disdain that they receive as fanfiction.

Often laughed at and sneered upon by writers and readers alike, fanfiction (fiction written openly using character and story elements belonging to an already established franchise or work of which the writer is a fan) is a popular past time of just about anyone who has developed a deep affection for another’ s (usually copyrighted) creation—so deep that he or she wants to spend time in the world of that creation long after finished the latest chapter, book, film, episode, or gamed in its saga. At base, fanfiction is simple fan devotion in word-format. So why does it get so much hate?

The use of non-original materials, for one. Despite the fact that the franchise or work in which the fiction is based is always apparent, many view fanfiction as socially accepted plagarism. Some writers, including Vampire Chronicles author Anne Rice, have forbidden the posting of fanfiction based upon their work. One of the most popular fanfiction sites on the Web, Fanfiction.Net, has even drawn up a list of authors like Rice of whose work members are not allowed to post fanfiction. And that’s not counting the thousands of threads and forums dedicated to trashing the medium and those who write and read it.

For another, the lack of quality writing and story-telling in fanfiction is usually present. Many a fic is so plagued by outlandish plot developments and idealized, often sexualized versions of beloved characters, even sadistic villains, to the point of being unbearable to read. (In fact, a good percentage of fanfiction is made of stories that consist entirely of two or more characters becoming romantically and/or sexually involved for the purpose living out the fan’s fantasy of those characters getting together or hooking up.) Rare is the fic that possesses even passable writing and story/character development.

Impacting Fans On Many Levels

Still, you can’t deny the impact that fanfiction (and fan art in general) has had on the global community. Fans can interact, share ideas via the medium, and even form friendships and contacts. More serious writers who use fanfiction merely as a learning tool can post stories that are more likely to be read than beginners’ original fiction and receive critiques that will help them improve as writers. Ambitious minds that would have never thought to express themselves artistically before can find inspiration in the medium to experience and discover the joy of writing, which can in turn inspire a journey into the world of writing original fiction. Some fanfics have even found financial success after being revised into original fiction and published. (The Fifty Shades of Grey trilogy, which started as a Twilight fanfic, is a prime example.)

All and all, fanfiction isn’t deserving of the negativity that it frequently receives. It can lead to numerous positive experience for the fans who indulge themselves in it. And in the cases of tlow-quality “fantasy” fanfics out there? Well, hey, at least they’re free to read.

Why You Should Be Watching ‘In the Flesh’