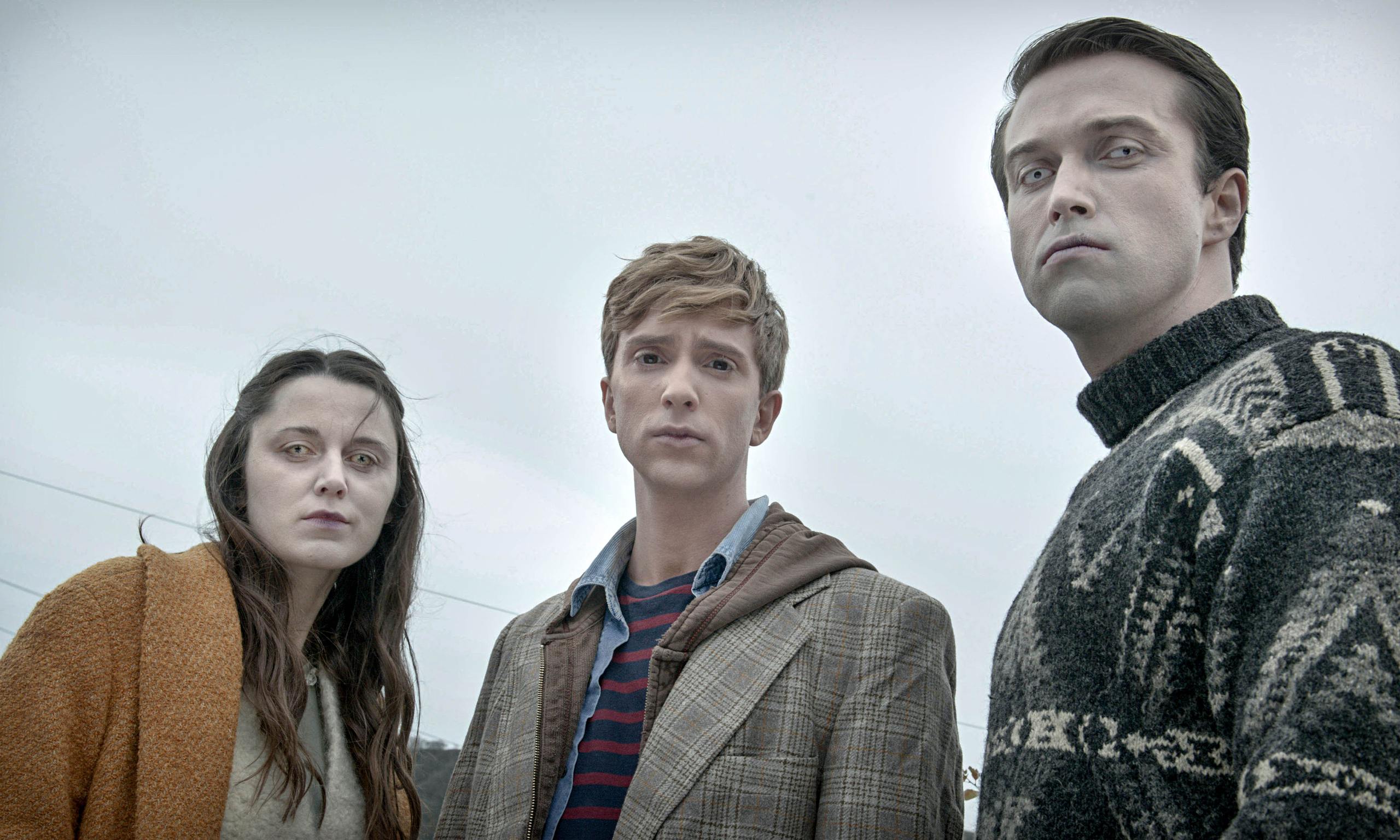 So we’ve come to the conclusion that everyone – especially you – should be watching the BBC drama In the Flesh. Here are five reasons why.

1. It’s a refreshing twist on a tired cliché.

We know what you’re going to say. You’ll groan, sounding remarkably like the brain-munching, dead-walking creature in question. “Zombies again?” From The Walking Dead to World War Z to Warm Bodies, the zombie bandwagon has been pretty packed in recent years. We understand your reluctance, we really do. But you’re also wrong. First of all, In the Flesh deals more with the magic voodoo brand of zombie rather than with the infection type that’s become the norm. Basically, everyone who had kicked the bucket in the previous year decided that it was a good time to get kickin’ again – voila, zombie apocalypse. More interesting, the show opens not with the typical undead rising, but with its aftermath. In the small town of Roarton, Lancashire, the apocalypse is over, the survivors are rebuilding, and the zombies are coming home. Here’s the twist: scientists have discovered a way to treat “rotters”, returning them from a rabid state and to their living minds. These partially deceased syndrome sufferers – “PDS”, for short – are still technically dead, but now rehabilitated. They are ready to be integrated back into normal society. But they can hardly be prepared for the boiling stew of tensions that will meet them upon arrival.

2. The zombies are only the gatekeepers to a world of issues.

Don’t get us wrong, the zombies are pretty awesome. But it becomes quickly evident that they are not the focus of In the Flesh. It’s the characters, shaped as they are by the events of the Rising and its aftermath, that make this show so fascinating. Protagonist Kieran is a young PDS sufferer and sensitive soul forced to confront the suffering his death wrought on his family, and to navigate the second life he never asked for. His little sister, Jem, is battle-hardened, her badass exterior concealing the hole left behind by the war. Amy, Kieran’s hunting partner in their rabid days, is dead out-and-proud, though she struggles to remain her vibrant, bubbly self in the face of a society that often lashes out at her kind with fear and loathing. These and the many other characters are the show’s vehicle to dealing with some serious stuff. In a way that is never jarring or self-righteous, In the Flesh tackles such themes as prejudice, religion, grief, PTSD, and suicide. Through the lens of the dead and partially dead inhabitants of Roarton, the show is able to rile its audience into anger or dissolve it into tears. Prepare to be emotionally compromised in the best possible way.

In the Flesh represents progressive television at its finest. Its large cast of female characters is treated with a depth and complexity to equal their male counterparts. More significantly, its protagonist, Kieran, is canonically gay. While the show’s first season addresses his tumultuous relationship with a childhood friend, the second features the kind of forthright, non-sensationalist queer relationship rarely seen on TV. Kieran’s love affair with fellow PDS sufferer and quasi faith prophet Simon is far from the focus of the plot, but that’s kind of the point. Kieran’s sexuality is matter-of-fact. Rather than a plot point, his queerness is a facet of his character like any other. His relationship with Simon, meanwhile, is given just as much attention and relevance as any equivalent heterosexual couple. Plus, they’re pretty darn cute.

Unlike most zombie dramas, In the Flesh does not rely on the shock value of excessive gore. While the show never shies away from ugly scars and uglier flashbacks, its biggest scares are psychological. And this show is scary. Kieran’s guilt-driven nightmares are hardly are horrific as zealous terrorist groups aiming to kick-start another Rising, or the systematic oppression of PDS sufferers slowly closing its fist on Roarton. What makes such things frightening, perhaps, is how closely they tread to the horrors of reality.

5. In the Flesh is the best series you’ve never heard of.

This show is seriously quality, and it is seriously in need a bigger audience. Its viewing figures have averaged around 500,000. When you consider that In the Flesh won the BAFTA for a Mini-Series and the Bafta TV Craft for Best Writer – Drama in 2014, this a downright tragic number. The series is currently on the fence for a third season renewal, so there is no better time than now to join the party and spread the word. Come on, there are only nine one-hour episodes, easily a day’s worth of binge-watching. Just don’t hurt yourself.