How Smartphones Have Changed The World 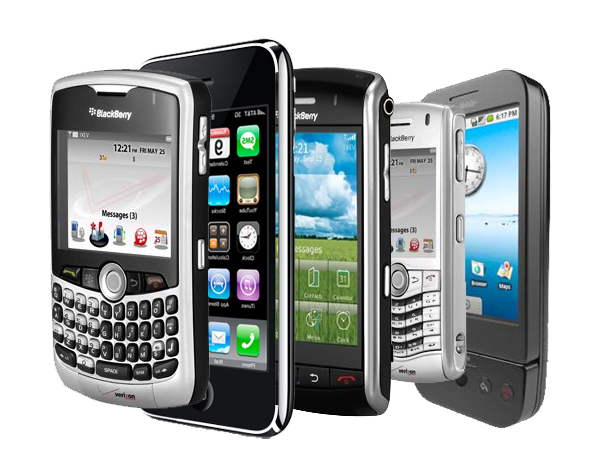 I don’t know if I’m the only one, but sometimes I look at the smart phone I’m holding and am amazed all over again at how much one device has transformed the world in so little time. Now, it’s often difficult to imagine life without a smart phone. They have so quickly become such an integral part of our lives that it’s strange to remember what we ever did without them.  But less than a decade ago, we were all still carrying around flip phones with keys you had to press three times to get one letter.

I recently watched Steve Jobs’ first presentation of the iPhone from January 2007. The prototype he showed the world was barely functional at the time, plagued with bugs that needed working out. Jobs took a huge risk in showing a product that might stop working mid-presentation, but it paid off and the iPhone made an explosive first impression. When Jobs revealed the features of the phone that only seven years later seem commonplace, the audience was amazed and excited. The applauded when he demonstrated the touch screen, and were shocked that one device could be a phone, internet communicator, and music player. Today their reaction almost seems quaint, but that just goes to show how thoroughly smartphones have woven themselves into our lives. While Jobs’ audience seemed to realize that the iPhone was a revolutionary product, I doubt even they could have predicted how much one device would change society in just seven years.

Mobile internet has changed every aspect of our lives, from education, to work, to entertainment. We carry around unlimited knowledge, more than we could ever hope to learn in ten lifetimes. When one of my professors didn’t have an answer to a student’s question, someone had looked it up within 20 seconds. Seven years ago, the professor would have had to go to a laptop or desktop computer to look up the answer; she probably would have just told us she didn’t know and would find out later. Twenty years ago she would have had to look it up in an actual book (gasp).

The music industry has also changed. IPhones sealed the fate of CDs and made downloading the most popular method of acquiring music. The smartphone allowed social media has taken over the world. Obviously Facebook was around before the advent of smartphones, but since sites like Twitter became only a tap away, social media has become an even more massive phenomenon. Dozens of social media apps and sites exist for people to choose from, and there is always a new one rising in popularity. The world is far more connected than we used to be. People can play games anywhere they want. Cell phones, cameras, calculators, and computers are all with us wherever we go and there for us whenever we need them. Things that would have seemed like science fiction less than a decade ago are now not only possible but a part of everyday life. Even many people in poverty stricken third world countries are carrying around smartphones.

What are the implications of carrying around a device that is smarter than we are? Life is going to continue to change as our culture and society catches up with the technology we have available. Methods of education may will evolve as we figure out how to make better use of the limitless information everyone can access. As smartphones continue to improve, the PC could become obsolete. Why would we need a bulky computer when a small and easily usable phone has app for literally everything? The smartphones in ten years time might make ours look as primitive as flip phones seem to us now. The smartphone has totally transformed the world, but it’s just getting started. Who knows where it could take us? (Corning thinks they do, as evidenced by this video.)

The Best Titanfall Deals on the PC (Origin Key)