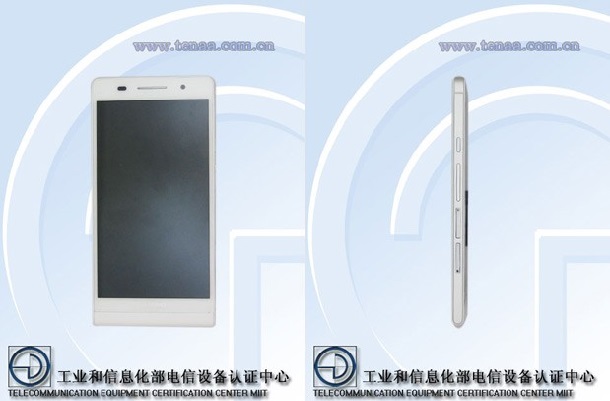 Smartphones just seem to be getting slimmer and slimmer. Thickness levels have dipped below the 7mm mark, and now with the launch of the Huawei Ascend P6 U06, we’re almost going to reach 6mm slimness.

Huawei’s latest device has just received approval from China’s Telecommunication Equipment Certification Center MIIT. At just 6.18mm thick, it is the slimmest device in the world – breaking the previous record of 6.45mm held by Alcatel One Touch Idol Ultra.

The phone might have just missed the crown of being the slimmest device on the planet – rival firm Oppo, based in the same country as Huawei, had promised to break the record by launching the Oppo R809T, which it claimed would be the slimmest handset in the world. Rumors suggested the phone would be just 6.13mm thick, but it has since been confirmed that the Oppo device will in fact measure 6.93mm. So Ascend gets the bragging rights.

High-end specs. So far so good. But from whatever data that is doing the rounds right now, Huawei seems to have spoilt it with a mediocre camera – just 5 megapixels. Other reports suggest an 8 megapixel camera, but we’ll just have to wait and see. The phone also features a 2 megapixel front-facing camera, and will release in black, white and pink colors.

The Ascend P6 will also feature dual-SIM support, which indicates it is a phone aimed at Asian markets. There’s no news if it will hit Europe and America, but it’ll make for a tempting launch, as the pricing would obviously be pretty competitive.

Slimmest Smartphones in the World:

With the launch of the Ascend P6, the once slimmest-device-in-the-world, the Motorola Droid Razr, is now pushed to 4th place in an extremely competitive market, with devices combining high-end specs and slim form factors as if it’s no big deal. Even the Galaxy S4, with its monstrous specs – manages to stick to just 7.9mm thickness.