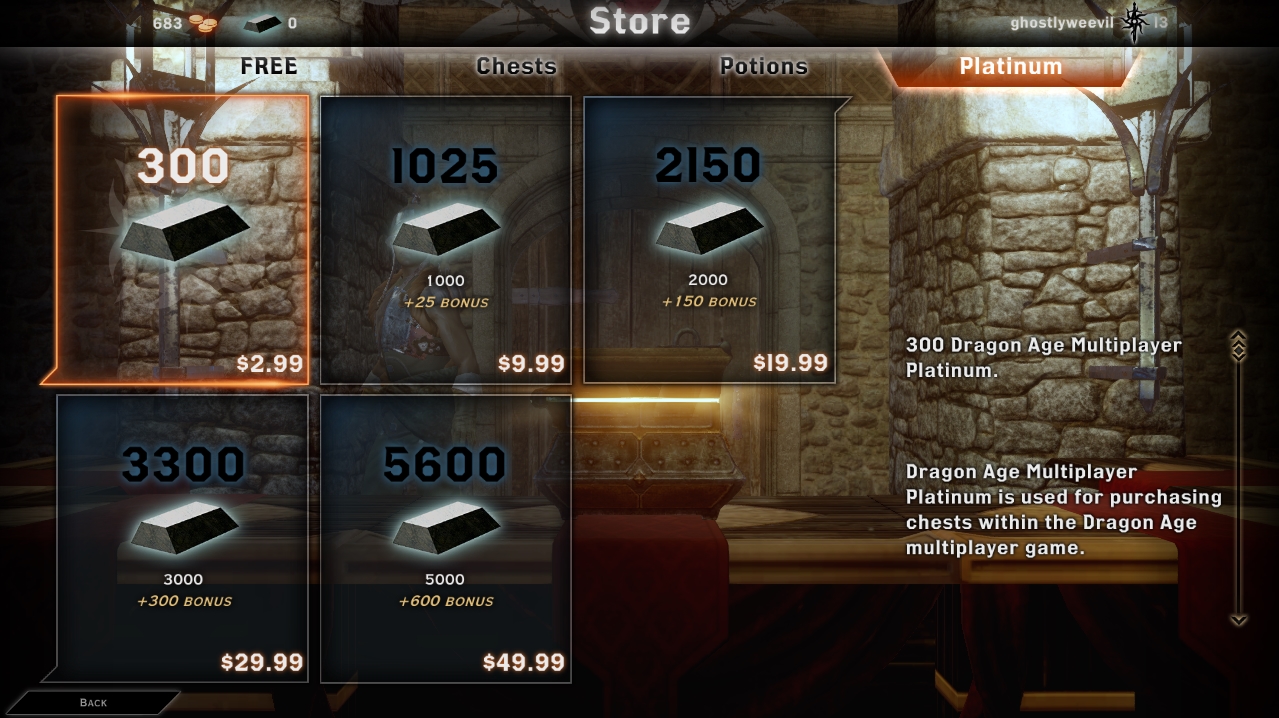 Many of you (including myself) are gamers on a budget. Unfortunately for us, many of the best games offered require additional fees to play. Many charge a subscription fee, contain microtransactions, or both. Gaming enthusiasts desire a great experience and are willing to pay a little extra to do so…to an extent. This article hopes to weigh the pros and cons of games with these billing methods.

What is a Microtransaction?

A microtransaction is a purchase you can make for in-game products. Many games use two forms of currency: a standard currency earned in-game and another bought with real money. The currency purchased with actual dollars is often used for highly enhanced items, characters, or other features previously inaccessible to the player. The widgets (referring to these enhanced rewards) are either exclusively offered in the enhanced currency or require an unrealistic amount of in game currency to acquire. This system essentially reserves the finest features in a game for those who will pay real money for it.

This is a very variable answer. Usually games are either free to play with microtransaction options or have determined fee. Subscription fees are a set charge usually paid in monthly increments. A fifteen dollar a month fee often alienates gamers; they would rather play a free to play game. Rightfully so, as subscription fees can add up to hundreds of dollars a year just to play a game you already bought.  However, microtransactions can be just as expensive (and then some) for the impulsive gamers out there. You’re lured in by a free game and begin to play more and more. Eventually, you become invested in the game to the point where you want to be competitive. This is where microtransactions become dangerous- since the game is already free, people dismiss a five or ten dollar charge as a small price to pay for the competitive edge it will give them. Before they know it, the impulse shopper has bought over 100 dollars worth of in-game currency, perks, account privileges, etc. Before you tell yourself “I would never spend money on a free to play game”, consider how addictive the small purchases can become. In 2013, Riot Games‘ global hit League of Legends earned them 624 million dollars in revenue. Riot’s business model for League of Legends is completely microtransaction based, proving that microtransactions can be just as costly as a subscription fee.

Integrity of Games and Other Considerations

A common critique of free to play games is that microtransactions ruin the integrity of the games. This is warranted; it’s hard to imagine an even playing field between a player who has purchased every bonus feature and one who simply doesn’t want to pay to play. The term “pay to win” is often associated with the aforementioned scenario. The player who has paid the extra fees has a distinct advantage over others regardless of skill or wit; a dynamic no one wants to be on the losing end of. The result is that people either jump on the bandwagon and pay for microtransactions (this may explain Riot’s revenues), stop playing the game, or continue to play at a disadvantage. While this is not the case for every microtransaction (many of them are purely aesthetic), gamers seeking a quality experience often shy away from free to play games for the purposes of integrity- no one wants to play an unfair game.

In further reference to quality, subscription fees often give companies enough funding to properly establish and maintain servers. Since anyone can sign up for a free to play game, servers are often congested and slow, resulting in a lesser overall experience. Subscription fees, while pesky, often deter crowded or crashing servers. Additionally, games that you pay for are (not surprisingly) almost always better in production. Graphics and aesthetics are bolstered, in addition to developments such as story, combat, etc. However, this doesn’t mean that you should always choose to pay for a game over a microtransaction based game. It is more important to understand what you’re getting into as far as quality, payment, and desired experience. Microtransaction based games wouldn’t be as successful as they have been if they weren’t good games; they certainly have redeeming qualities (like being free). The decision is ultimately up to you.