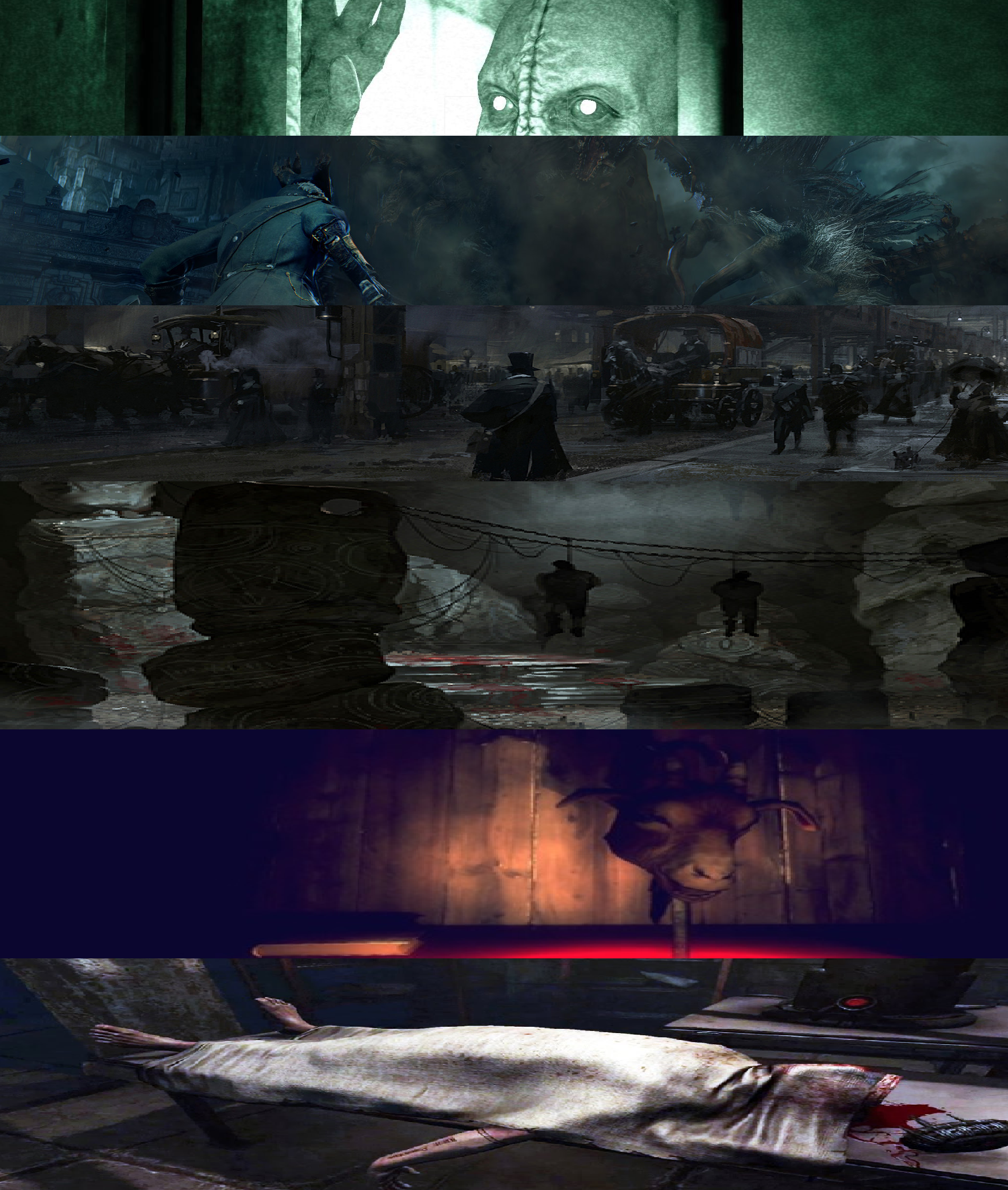 Horror games are fun, suspenseful, and sometimes super beautiful. Last year, the market was saturated with zombie horror survivals and I am happy to say that, next year, many of the games will not be focussed on the big ‘z’ elephant in the room. While fun, fending off flesh-craving undead gets a little old after the first few games or so and there are only so many variations you can do. All you zombie survival enthusiasts reading this won’t find anything like that here. These six games are entirely different.

The Order is being developed by Ready at Dawn and published by Sony. It will be released February 20th, available only for PS4. The game is set in Victorian era London and you play as the dapper protagonist who works for an ancient order of mercenaries with steampunk weapons and gadgets that have been fighting an ongoing war with human “half breeds” aka werewolves.

The main character seems to be an interesting mix of ninja and James Bond. In the trailer, you can see him scaling around rooftops and receiving radical weapons developed by a scientist in the basement of HQ.

Developer Red Barrels is coming out with a new Outlast game; Outlast 2. Set to release sometime this year, the game take players to a new, and perhaps more horrifying location. 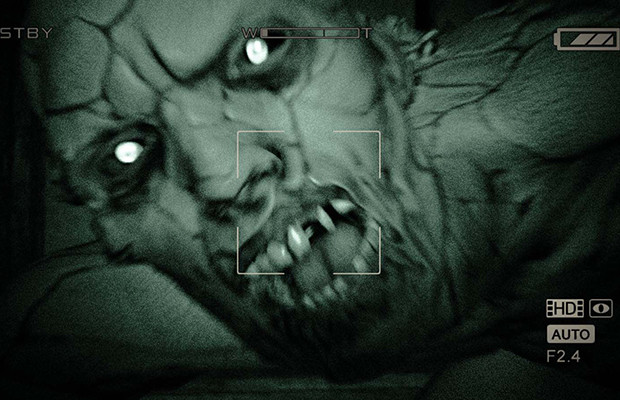 The game will be a survival horror experience and it will take place in the same universe as Outlast, but it will have different characters and a different setting. We might go back to Mount Massive Asylum one day, but for now we have new ideas and themes we’d like to explore and we think we’re cooking up something special. – Red Barrels co-founder Philippe Morin

This game will be available for PC, Xbox 1, and PS4.

This game is inspired by Dark Souls so you can believe that the game play is going to be as punishing as its environments are eerily beautiful. Bloodborne is being developed by From Software and will be published by Sony, exclusively for the PlayStation 4. The director of Demon’s Souls and Dark Souls, Hidetaka Miyazaki, will be directing it so we know it’s going to be good.

The game is set in a gothic, ruined city called Yharnam. This city is rumoured to be hiding a potent medical remedy. Tons of people have gone in to try and cure whatever is ailing them but they never return (of course not, this is a horror game after all!)

You get to play as one of these travellers. You arrive at the city and find out that it is being plagued with an endemic illness that changes the afflicted into horrible monsters. You must survive and fined that cure.

The game is set for release worldwide in March this year. 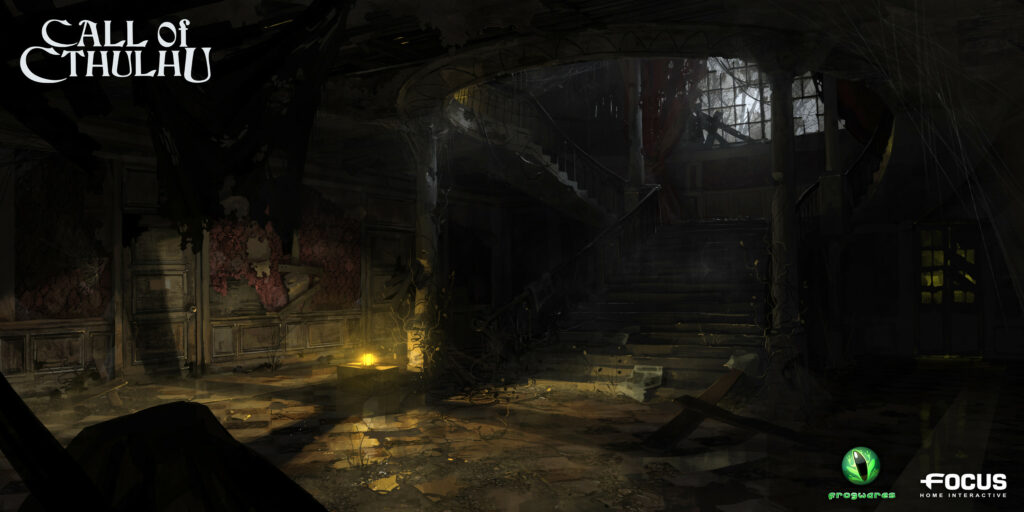 Focus Home Interactive is set to publish this H.P. Lovecraft inspired game developed by Frogwares Studio. It will be available on Xbox 1, PlayStation 4, and PC. It’s based on the pen-and-paper role-playing game by the same name. News on this mysterious game have been almost non-existent, which is perfectly fitting for a game about the Elder Gods. Whether or not these Old Ones will allow such a game to be completed is yet unknown but it is set to be released sometime this year.

Indie developer Red Thread Games decided to design a survival horror game that has the same feel as Gone Home and Amnesia: The Dark Descent. The trailer talks about an ominous sea that is coming and likely, bring some kind of horror with it. It’s set on the Norwegian west coast and looks beautiful in the trailer.

Inspired by Scandinavian literature, legends and fairy tales, along with Norse mythology and the Icelandic sagas, Draugen is set in the early 1920s and delves into the deepest, darkest secrets of a remote fishing community where every single soul has mysteriously vanished.

As the player explores the tiny settlement, gathering clues and memories, and unearthing the truth behind a terrible tragedy, they will learn more about the history of the village and its inhabitants. And they will come to see that behind even the most innocent of facades lurks the potential for malice. – Red Thread Games website

They are aiming to release it sometime this year but a lot of that will depend on their Kickstarter backers.

Frictional Games, the same developer that did Amnesia, is planning on releasing a new game called SOMA. In the trailer, you can see the resemblance in styles between the two games. However, in SOMA, the setting is more sci-fi than Victorian.

The only description about the plot on the website is this:

The radio has gone silent on PATHOS-2. As isolation bears down on the staff of the remote research facility, strange things are happening.

Machines are taking on human traits and alien constructions have started to interfere with routine. The world around them is turning into a nightmare.

The only way out is to do something unimaginable. – Frictional Games website

It is set to release for PC and PS4 this year.