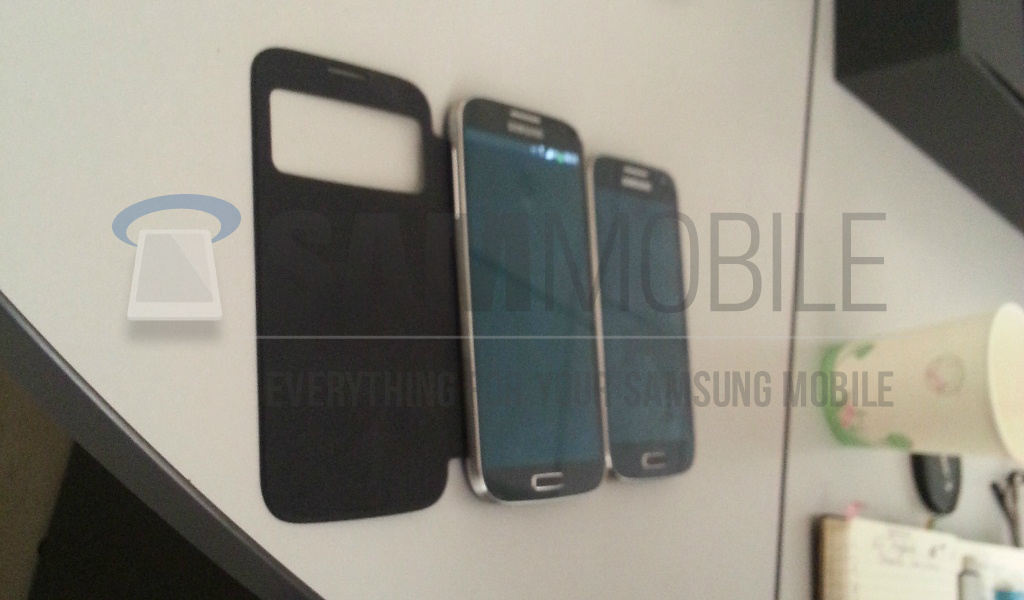 The World Wide Web has been flaring up with rumors and reports about upcoming smartphones and tablets. Many tech publications focused on the Galaxy Note 3, budget iPhone and the next-gen Nexus 7. Although, there is something much more interesting than all these, and it is pretty small. The Mini version of the Galaxy S4.

Samsung managed to grab headlines for the rumored Galaxy S4 Mini. The company has previously launched a Galaxy S3 Mini, and it was quite successful. With a smaller form factor and a more affordable price tag, the Mini versions are best for those on a budget.

Now, images of the alleged Galaxy S4 Mini have surfaced on twitter, and the user who leaked the images claims that this is the actual Galaxy S4 Mini, it looks pretty promising too.

According to the images via SamMobile, the Galaxy S4 Mini will be making its way to the market between June and July of this year. The smaller version of the Galaxy S4 will sport a 4.3″ qHD super AMOLED display with just 256ppi. It will be powered by a dual core chip under the hood and will most definitely run the latest iteration of Android OS, 4.2.2 Jelly Bean – right out of the box.

Design and style wise, the phone looks almost identical to it’s bigger brother. Samsung has not confirmed the existence of the device yet, and has yet to release any details regarding the Galaxy S4 Mini. However, we do know that they’ve always been pretty mum about their future products. We are almost certain that they are working on a smaller variant of the flagship phone, which opens the door for more consumers.

Earlier rumors about the phone suggested that it will come out in May. Even the accessories for the S4 Mini were reported to be done by May, but now the new report suggests a late launch in either June or July. The June or July release, if it’s actually true, will coincide with Apple’s iPhone 5S launch.

We have no further details regarding the smaller variant of the Galaxy S4, but more information will no doubt be coming out in the next few weeks. We will hopefully see more leaked images and specs, and the benchmarks of the device as well. So, stay tuned as we bring you all the latest updates regarding the device as soon as it comes out.

In the meantime let us know how you feel about a smaller version of the Galaxy S4? Would you prefer it over the Real Bigger Galaxy S4?