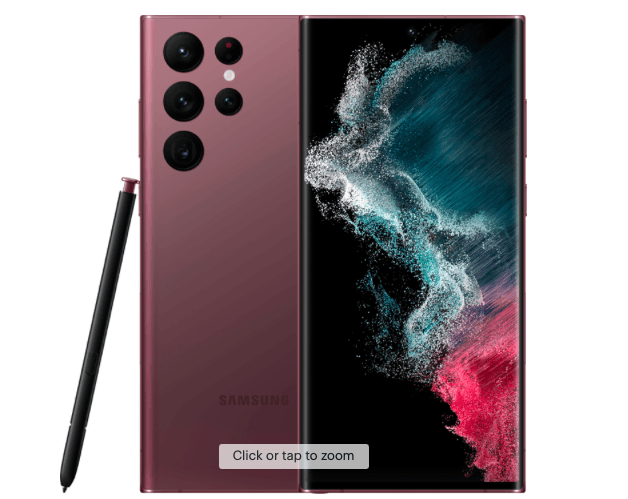 Galaxy S22 and S22+ were the two base models of Samsung’s flagship smartphones that rival most of the top models available today, but they might not pack the same insane power as the Ultra.

Samsung Galaxy S22 and S22+ have 240Hz Touch Sampling Rates in the Game Mode, not to mention AMOLED displays with 120Hz refresh rates. Although both models have FHD+ displays, the S22 is pretty smaller with a 6.1-inch screen, while the S22+ has a 6.6-inch screen.

When it comes to power and memory, Samsung included 8GB of RAM, an advanced 4nm Processing chip, and up to 256GB of storage. The S22 and S22+ also match cameras as they both have three rear cameras (12MP Ultra-Wide lens, a 50 MP Wide camera) and a single 10MP front camera.

However, S22+ boasts a bigger battery with a 4,500mAh powerhouse than S22’s 3,700mAh. The two models also support 15W wireless charging but S22+ reviews that to 45W of wired charging while S22 can only attain 25W on wired chargers.

The devices have launched now, and the S22 starts at about $800 while the S22+ starts at $1,000. This offers you the best spot to acquire affordable flagships, but if you need the best among the series, read on.

S22 Ultra was definitely the main event of Galaxy Unpacked. It is the company’s top-of-the-line phone targeting enthusiasts. During the event, TM Roh, President and Head of Samsung Electronics’ Business described the device as a combination of the most celebrated aspects in the series that offers a unique mobile experience. TM added that S22 Ultra takes the beloved functionality of the Galaxy note as a leap forward for mobile tech to set a new standard for smartphones. Having said that, S22 Ultra has some notable non-Note devices, such as the S-Pen, which Samsung called the fastest and most responsive they’ve ever made.

The camera part makes the Ultra exceptional and departs from other S22 devices. It comes with a 10MP telephoto shooter, a 108MP wide camera, and a 12MP ultra-wide camera. On the front, the phone has an absurd 40MP selfie camera.

The features discussed make Samsung Galaxy S22 Ultra an absolute beast of a phone that fans globally will drool over. The device is now shipping, but you should expect a higher price of about $1,200.