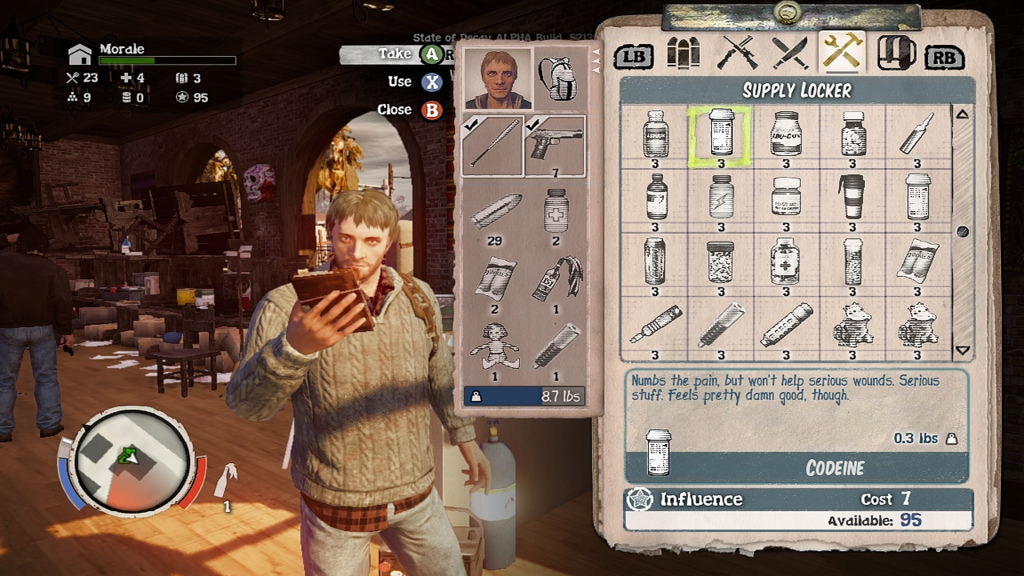 When it was announced that Ninja Gaiden 3: Razor’s Edge would have it’s release in Australia, rated R18+, there was a sigh of relief. It had felt like the discussions, the votes, the explanations of “But videogames aren’t just for 12 year olds!” had gone on forever. The time of censorship was over, now we were free! FREE!

6 months on and the Australian Classification Board had refused classification to two video games in almost as many days. Saints Row 4 and State of Decay have both failed to gain the approval of the board, so unless some changes are made, they probably won’t be making it to Australia.

The first, was Saints Row 4, for “implied sexual violence which are not justified by context” and illicit drug use, used in relation to “incentives”.

And while I’m sure the majority of my friends and fellow gamers will be up in arms about this kind of censorship, after reading the actual reasons behind refusing it classification, I’m almost thankful to the board for doing it. Almost.

Now, I’m all for crass because jokes about rude things are hilarious. But from what’s been described of the weapon, that’s not ‘funny’. At best, it’s stupid, like a 10 year old who’s discovered the word ‘bum’ but instead of saying it sparingly, repeats the word over and over again until it just becomes exhaustively annoying. At worst, they’ve intentionally put in something so unneededly horrific so that everyone will be totally blown away by how much they don’t even care about censorship!

Let’s be clear on this, I don’t like censorship. I realize that not all video games (in fact, most video games) are not for kidlets. But when we were arguing for games to be given an R18+ rating, we did so with the main cry of “But we’re mature adults!” So, I have to wonder, exactly which mature adult is going to wants to ‘choose’ to do this in a game?

And before anyone starts wailing about how we kill people in video games all the time and how is this any different?….Firstly, if you don’t know the difference between sexual violence and other violence, you might need to re-evaluate your view of the world. Secondly, murder victims don’t play video games. Survivors of abuse are the ones who are still living.

On the flip side, Australian fans were made aware on the State of Decay forums, by Executive Producer Jeff Strain that the game has been refused classification. The reasoning, is apparently due to ‘illicit drug use’. The drugs within the game include over the counter medications, plus there’s a drug lab where you can ‘make your own’, with the drugs giving certain perks within the game (like health bumps). Please, no one tell them about the alchemist table in Skyrim and for the love of The Divines don’t mention Skooma!