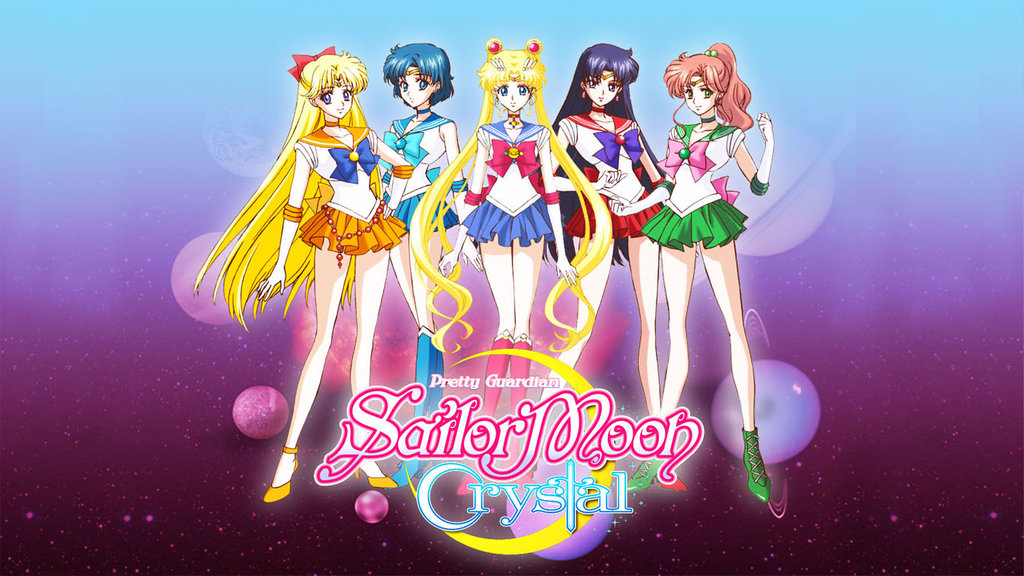 After months and months of no official art or trailer for the new “Sailor Moon Crystal” series an official trailer finally dropped on June 5th. This followed the release of new character designs for the main inner senshi featuring a questionable new art style that’s also reflected in the trailer. “Sailor Moon Crystal” is set to stream worldwide next month on July 5th.

The trailer opens with some space imagery then drops down to a familiar sequence to longtime Sailor Moon fans. Usagi meeting Luna for the first time and then the iconic “Moon Prism Power Makeup!” line delivered by Usgai’s original Japanese voice actress Kotono Mitsuishi who is reprising her role in “Crystal”. Then Usagi is in her full Sailor Moon costume assumably off to fight some bad guys, cut to the logo, then the other senshi get spotlighted though they are essentially cut and pasted over the space background so no “in gameplay” footage so the speak. The trailer concludes with Usgai standing in front of a crescent moon with flowers on it while reciting another well known line: “In the name of the moon, I will punish you!”

The reactions to the trailer have been mixed at the absolute best. Understandably some people are just happy for more Sailor Moon and are going to enjoy the anime by virtue of that alone. Some are liking the trailer because it’s undeniably pretty and the tone of the show seems really promising. Others, specifically those who study animation and art, have gone so far to stay that the hyper feminine and stylized animation is artistically sloppy if not the complete antithesis of animation standards. A lot of fans have said the new anime seems to lack the warmth and visual depth of the original anime in favor a more detailed, slender, and overall rosy animation style. I would have to say I’m somewhere in the middle of all the reactions.

I agree that it’s hyper feminine and generally the pretty meter has been pushed the absolutely max on every detail we’ve seen so far. I also would agree that it looks incredibly flat and not very emotive (Usagi has one facial expression the whole entire trailer) which is one of the strengths of the original anime. But, in contrast, I would argue that the show is going what it’s meant to do: Adapt the style of the Sailor Moon manga. The manga is hyper feminine, not super emotive the way an animation piece would be, and doesn’t have a lot of depth because manga doesn’t work with depths or dimensions the same way other mediums do because it’s cut into frames. So as much I could critique the trailer on it’s contrast to the original anime I can’t really critique on trailer’s adaptation of its source material because it’s doing exactly what it should be. So, unsurprisingly, how you take the trailer depends on what you’re comparing it too.  Take a look at this comparisons of the anime, manga, and “Crystal”, check out the trailer, and let us know what you think!