Home GamingConsole Review: The Wolf Among Us, Episode Four ‘In Sheep’s Clothing’
ConsoleGaming

Review: The Wolf Among Us, Episode Four ‘In Sheep’s Clothing’

At the end of “A Crooked Mile”, the last episode of The Wolf Among Us, Bigby Wolf was left in a bad state after being taken down by Bloody Mary, an intriguing and maniacal villain introduced in that episode. Now he has little time to heal and needs to find a way to corner the main antagonist behind all of the murders: The Crooked Man!

Recovering and Trudging On

This episode starts off with a startling vision as well as Bigby being sewn back together. It features a rather gruesome moment, which is almost as gory as a cutscene from Telltale’s other hit video game series ‘The Walking Dead’. The beginning quarter of the episode really focuses on the state of Bigby, how vulnerable he is after taking a harsh beating from Bloody Mary. From there Bigby gets back on his feet and searches for more clues that can get him closer to catching The Crooked Man. This episode has its twists and turns and is a really mixed bag. After getting patched up, Bigby comes across a few connections to the Crooked Man, some of them new characters and others old. Now that Ichabod Crane was handed over to the Crooked Man in the climax of the previous episode, Snow has to take charge and develops a new view of how to govern Fabletown. 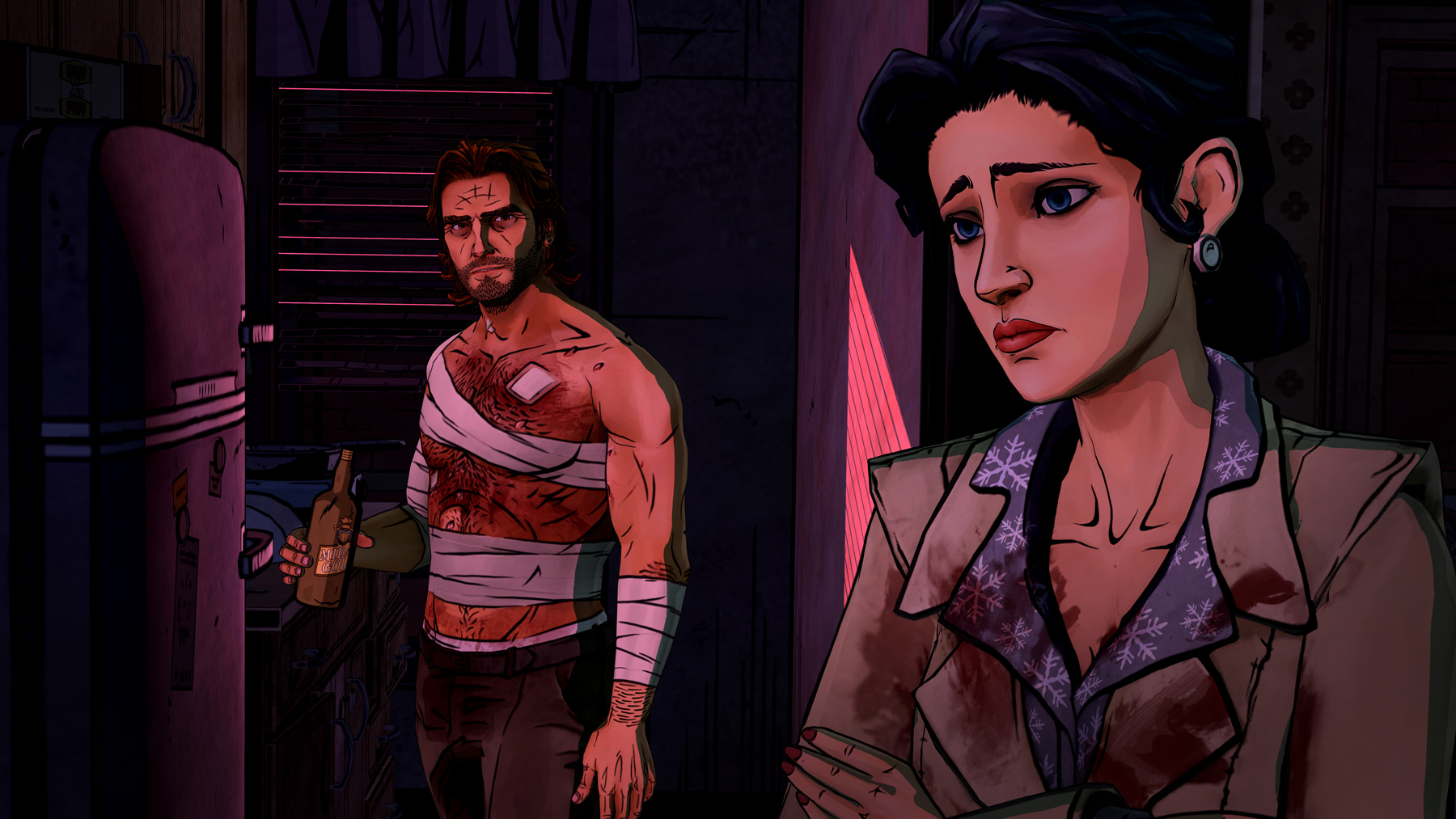 Snow adopts a colder “by the book” attitude, as well as a new outfit, which is very understandable as she has witnessed how chaotic Fabletown has become first hand. However this attitude clashes with the deep empathy and understanding she demonstrated in the previous episodes. We do see a bit of her softer side in the beginning of the episode when she shares a few tender moments with Bigby. These segments were extremely cute, heartfelt and might cause you to feel all warm and fuzzy inside. Compared to the emotional roller coaster of the first five minutes, the rest of the episode has its ups and downs.

Lots of the loose threads from “A Crooked Mile” are connected and examined in this episode. Bigby finally discovers more about the spell that Crane was trying to break on the girls at the Pudding N’ Pie and learns more about just how many people the Crooked Man has manipulated; however, the style in which these plot twists are revealed does leave a bit to be desired. Through a few tips and leads, Bigby finds out that the Crooked Man has something on almost everyone in Fabletown. Many of the characters that appeared in the last three episodes are evidently connected to the main plot, to the Crooked Man’s actions and business. The overall appearance and personalities of the characters encountered in this episode are far from flawless. Beauty and Beast, who had very distinct personalities in the past three episodes, start out strong in this episode. Unfortunately as Bigby talks to them, they gain a very stereotypical “lovers in peril” persona and lose their compelling characteristics, becoming very wooden and basic. The handful of newer characters, like the Jersey Devil, are definitely interesting  and have their own personalities. The problem is that with the little screen time they have, most of them come across as similar to the general public of Fabletown: in trouble and bad mouthing Bigby for not solving their problems in the first place. 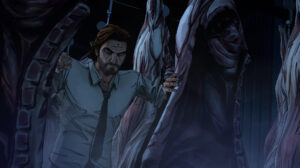 This episode definitely got me very excited for the season finale of The Wolf Among Us. As always the ending of ‘In Sheep’s Clothing’ is quite the cliffhanger. That combined with the preview for the final episode had me begging for more. After playing through the episode twice, I noticed three specific things that helped or hindered this episode. First a good amount of the people connected to the Crooked Man are leading rather miserable lives, but in this episode there are a few characters that portray the Crooked Man not as a generic manipulative villain but as someone who is there to help the Fables when their own form of government, the Business Office, can’t. This ambivalent perspective of the main antagonist adds a sense of mystery and individuality to the Crooked Man and his schemes. Something that hinders the episode is that there is little to no screen time for either Bloody Mary or the Crooked Man. They are both very intriguing and unique characters, but here’s to hoping that we will see more of them in the next episode. Finally, this game seemed to follow the formula that Telltale had been using since the first episode: investigating , talking to various Fables, selecting specific locations with a fight or two added in. If you have any interest at all in buying this episode, it’s safe to say that “In Sheep’s Clothing’ doesn’t really change the formula, but it does pull many previously estalbished scenarios together and ends on an intense note. With the buildup from “In Sheep’s Clothing” and entitled “Cry Wolf”, Telltale will hopefully present us with a fulfilling and intense conclusion for the fifth episode of The Wolf Among Us.