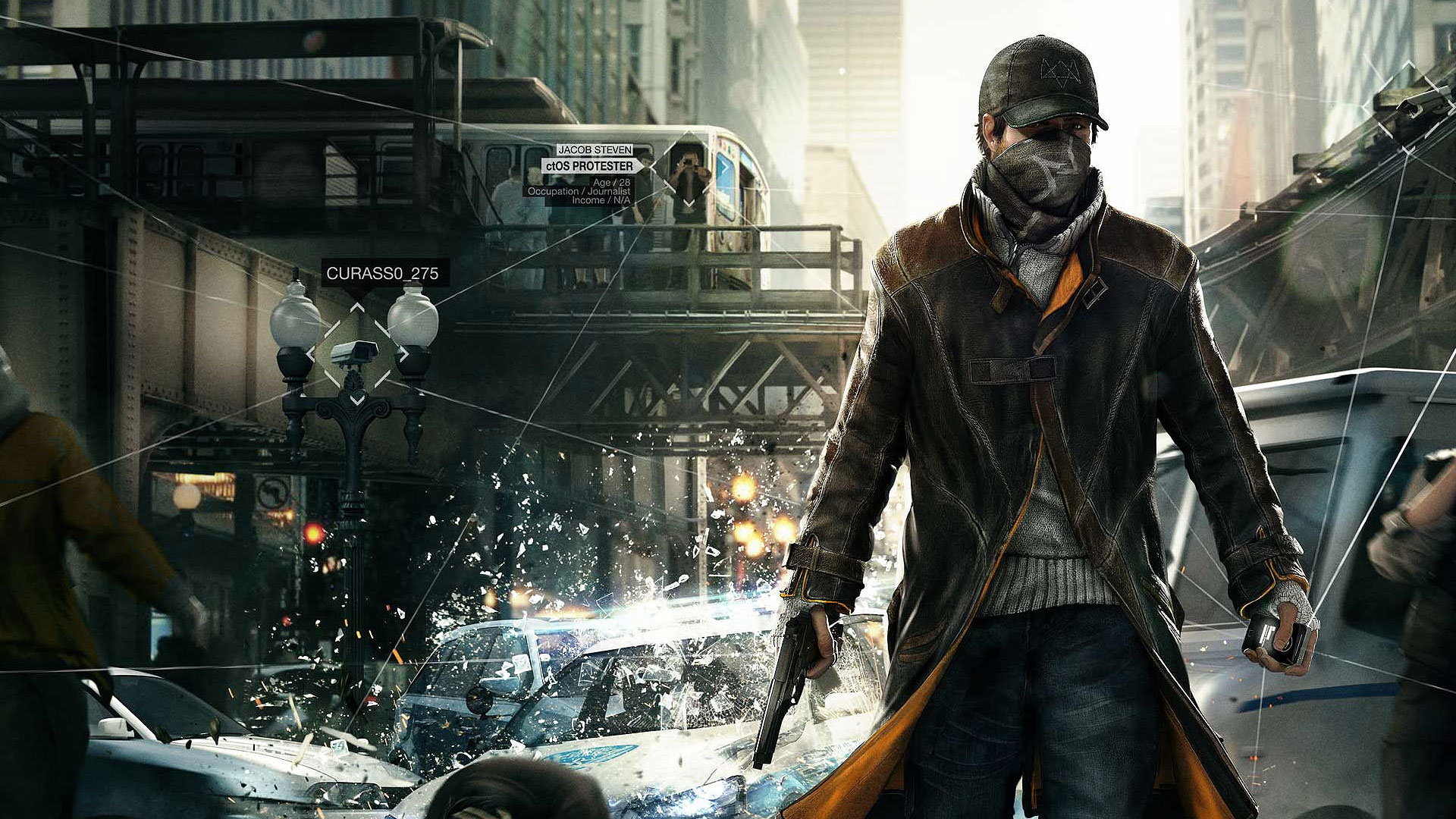 There are a lot of mixed opinions and feelings concerning this game, and rightfully so. Personally, I experienced feelings from both sides of the fence, but after spending a bit of extra time playing the game, I found that overall it wasn’t as bad as I was trying to make it out to be. While at first I kept saying to myself “I’d rather be playing GTA,” eventually—after giving the game a chance and playing with it a bit longer—the whole experience really started to grow on me. Bearing that in mind, here are my notes and opinions on my experience with Watch Dogs and hopefully in the end, I’ll be able to help you in your quest to make an informed decision on whether or not to purchase.

Long story short—and spoiler free—you’re a hacker…plain and simple. There, now that’ we’ve gotten that out of the way, how is the game itself? The main feature that makes this game unique from other open-world games is that you can go around as you please while hacking into things. Just about anything can be manipulated simply using the power of your cell phone…traffic lights, car alarms, security cameras, power transformers (yes you can cause blackouts), and even bank accounts are all yours to control if you so desire. Hacking into ctOS towers requires some mild/moderate problem solving skills yet reap rewarding results as doing so will unlock more hacking potential throughout the entire city.

While I’ve invested a little bit of time on the story, I’ll be honest, I was too busy being sidetracked with a lot of the addicting mini games and side missions. There’s really just so much that can be done yet some of the side missions—like certain Criminal Convoys and Gang Hideouts—can present a bit of a challenge. Although frustrating at times, when you have to restart a mission from the beginning over a silly mistake on your behalf, for me personally, I couldn’t help but become addicted to trying again and completing all of the objectives until everything was completed.

You can choose to either wreak havoc amongst the citizens of the city—which is a digital representation of Chicago by the way—or you can serve as a vigilante protecting citizens from crimes as you go along. One final thing I should note is that police chases and escaping their sights can also pose a bit of a challenge until you’ve mastered your city-hacking skills. There is a lot to say—obviously—about the gameplay here, but in the end, it’s best that you get some hands-on experience yourself and see exactly what it is that I’m talking about.

There are so many little “Easter Eggs” scattered throughout the city that one could easily search for days and still possibly not come across everything that this vast and beautiful virtual environment has to offer; don’t worry, I won’t spoil any. Graphics aren’t necessarily eye-popping or anything…and certainly a few games out there have better pixelated offerings, however for what it is, it’s not that bad. Certain things really stand out more than others…for example, the hair effects can be a bit rough and sometimes look off in contrast to the rest of a character’s anatomy. On the other hand, when it rains, raindrops hitting the streets, sidewalks, and so on looks absolutely realistic. Same with the flow of the various bodies of water that travel through or around the city. For the most part, pedestrians and other AI are very well detailed and certain points of the cutscenes can be fairly impressive. Personally, I feel—as far as graphics go—the real eye candy is the detail put into the city environment. Long story short, I’d say this is the closest thing to date to being in Chicago aside from literally being in Chicago, so they did an excellent job recreating the metropolis.

As far as sound is concerned, there isn’t much to say here other than whoever was in charge with capturing the audio did a marvelous job. Just about everything sounds about as authentic as possible…from the soft bustle of traffic and light chatter of pedestrians in the background, to the loud roaring of mobile engines. The character’s voices all seem to be very well voice acted…although the main protagonist sounds a bit too raspy…but it’s tolerable. The music selection offered within the game while driving or using your phone is alright…there are by no means no smash-hits, but some of the tunes can definitely be classified as “catchy.” Honestly there are no real complaints as far as I see when it comes to the audio aspect of the game.

For the most part, the only complaint I can confidently single out in this category is that the driving mechanics are lacking and not as smooth as they are on other open-world games “sandbox” games. What I mean by that is it just seems like when you get behind the virtual wheel of an in-game automobile, turning seems to be very…slippery and most of the time you won’t end up where you’d like. This can make car chases or zipping through narrow paths to escape the police a bit frustrating as you will almost certainly involuntarily run over several helpless pedestrians along the way. Yet then again, if that sort of ruthless carnage is your cup of tea, then I’d say you’re in for a treat! Aside from that though, everything else seems to run fine and the “weapon wheel” is very user friendly and easy to tinker with.

I must confess, at first I wasn’t too fond with what the Online features had to offer, yet after giving it a chance, being able to spy, hack, and sneak up on other living individuals (rather than AI) was a hoot, and it—as weird as this may sound—made me feel better about myself since I often was able to outsmart or outmaneuver my opponent. It can take some getting used to at first, but once you get familiar with your surroundings and capabilities, it’s a lot of fun. You can also compete against other players online in races if you’re looking for more of a high-speed thrill. The only downside that I noticed to the Online features is actually the Online Free Roam mode. For me, though it may be different for others or dependent on the server, the whole experience was a bit…”laggy.” Not necessarily in the annoying sense of the term, but just everything from the movement to the audio all seemed delayed.

This would also be a good place to mention that after playing for around ten hours or so, I encountered a game breaking bug (which I also wrote an article an explaining the details) that forced me to ultimately have to start a new game. It can only be picked up while playing the Online Tailing mode and if it happens to you, you’ll notice that everything you had unlocked up to that point is permanently lost. It’s easily avoidable—simply don’t play Online Tailing—yet under normal circumstances, I would have grown very frustrated and avoided playing the game any further, however Watch Dogs appealed to me so much, that after a day or so I found myself willing to start over and get lost once again in the digital world that Ubisoft created.

So what is there to do once you’ve completed the story? Well obviously you could continue going about doing various online missions and things of that nature, so that’s always a plus. Not to mention, if you’re a trophy hunter, there are things you can do and collect to unleash the inner “completionist” from within. However honestly, for me, this wouldn’t be the type of game I’d come back to often…the online isn’t really competitive enough for me to warrant frequent returns. Yet bottom line—as with every game out there—whether or not you wish to come back to a game really all depends on you and how you feel about it.