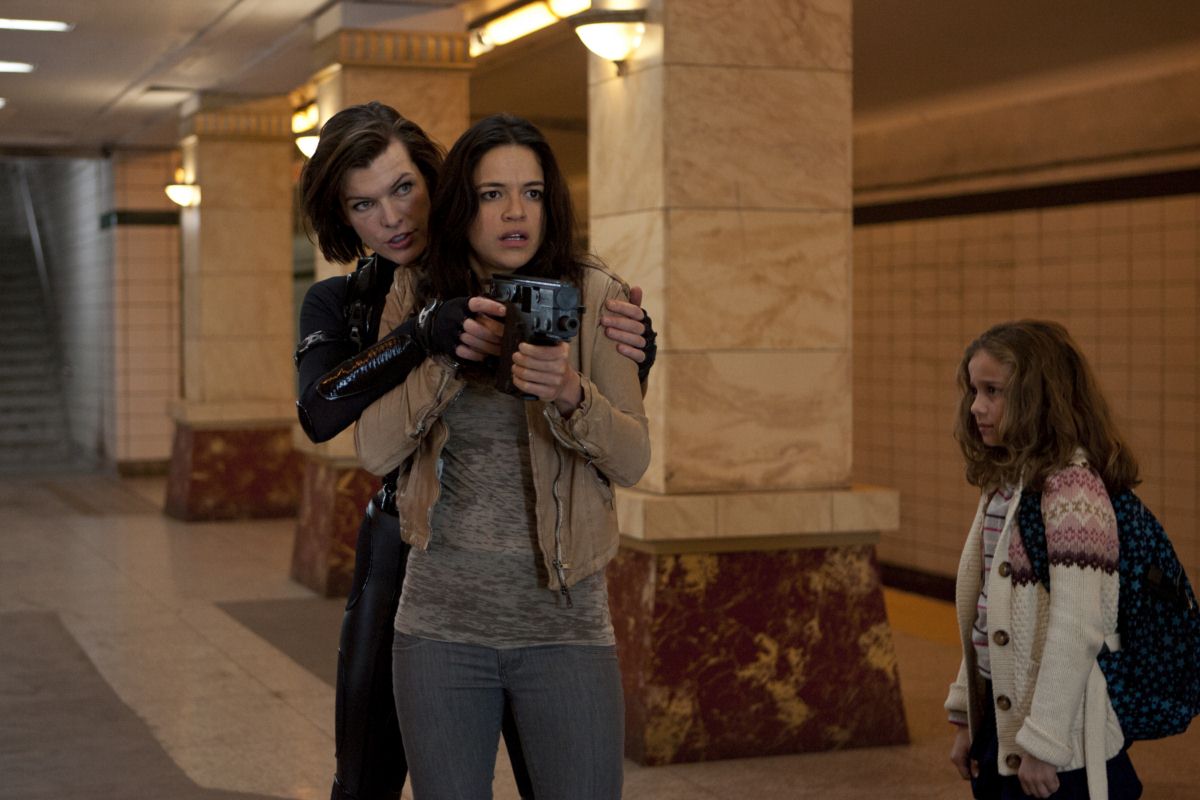 In a fan community as hopping with arguments as that of popular video game series Resident Evil, few subjects incite more controversy than director Paul W. S. Anderson’s Resident Evil films. Most fans stand on polarized opposite sides concerning the films; either they accept them and enjoy them for their high-octane action and monster-movie cheese, or they hate them for their poor writing and haphazard use of beloved characters from the game series. But love the films or hate them, there’s no denying the incredible amounts of money that each film has raked in at the box office. In fact, so much have the Resident Evil films earned that Anderson has churned out five films—all big-budget projects, and all big money winners. And in 2015, Anderson will release a sixth chapter in the saga.

This film—entitled Resident Evil: the Final Chapter—will, as its name implies, serve as the last film in the series. Thus far, not much is known about the film other than 1) it will feature elements from the game Resident Evil 6, 2) it won’t be split into two films as previously rumors, and 3) Resident Evil leading lady-slash-Anderson’s wife Milla Jovovich will reprise her role as super-powered-even-when-powerless Alice Abernathy. But as with any huge project (especially those about which not much is known), rumors keep the still waters of Endless Waiting churning.

Less feasible is the involvement of Becky (Aryana Engineer), Alice’s adopted daughter of sorts, who was first introduced in Retribution. The hard-as-nails heroine’s growing attachment to the young girl (who believed her to be her mother) made for one of the series’s most interesting relationships as well as one of its most emotional, touching story lines. Even though a child does not belong in any sort of confrontation (and is most impractical to drag into one), we’re still crossing our fingers to see Becky and Alice together again, even if it’s only for a few short scenes.

There is no word on whether or not the Final Chapter will introduce any other characters from the game series, although it is worth nothing that at one point it was rumored that Richard Aiken, Steve Burnside, and Ashley Graham would make appearances.

Anderson is currently working on the film’s first draft. He plans to incorporate 3D into the film’s theatrical release as he did for the previous two entries. It is estimated that the film will be released in the fall of 2015.

Reasons to Get Excited for ‘Agent Carter’

‘Frozen’ Director, Jennifer Lee, to Adapt ‘A Wrinkle in Time’