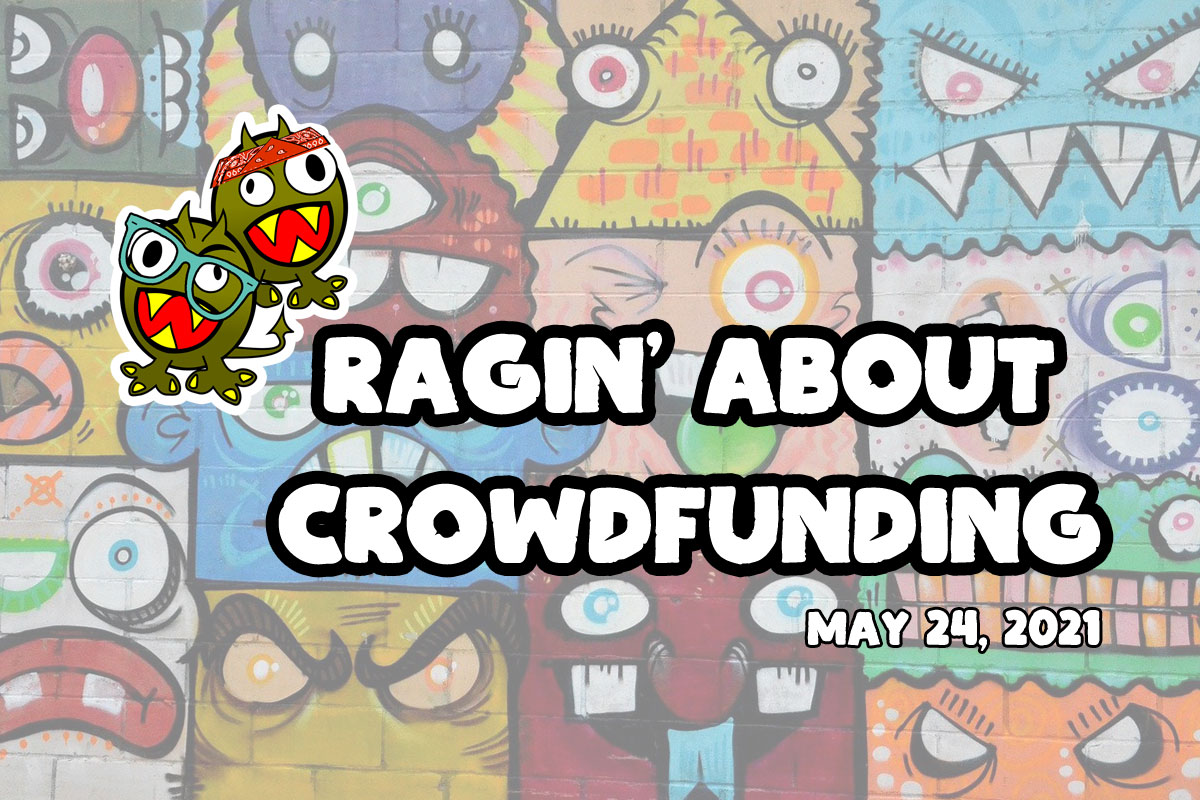 “Let There Be Darkness” The women of Big Dog Ink take center stage in a new annual tradition…World Goth Day!

Last year, BDI jumped head long into goth designs of some of our fan favorite characters. We produced 5 variant covers for the World Goth Day event, including the creation of Catnip!

This year, however, we are not simply bringing new covers to you, but an all-new interior story a well! Artist CB Zane (Into the Suck, The Mighty Mite, Black Rabbit) is joined by colorist Wes Hartman (Savage Sasquanaut) to bring these alternate versions of the BDI characters to life!

The 32-page book is written by DON CHIN, drawn by BILL MAUS, Colored by KAT MAUS, Lettered by KEITH GLEASON, with Graphic Design by LAURA CHIN!

We’re asking YOU, dear reader, in the classic words of Meatloaf, to help make this “Rock N’ Roll Dream Come Through!” Back this EXCITING book today!  Here’s why…

RISING TIDES: Tails of the Deep

I’ve enjoyed creating Merfolk art over the past few years. This year, I’m jumping on the MerMay bandwagon! I’ve created a list for my drawing challenge and I am very excited to bring my creations to life. The book will feature both mermaids, mermen and other sea creatures. I’m hoping to draw a diverse cast of characters too! I’ve completed a handful of drawing challenges this year and hope to wow your socks off.

This is a compendium of original illustrations and scenes that I created for the MerMay 2021 challenge.  In this compilation you will find original scenes, merfolk species, themes and more.

All the art was made with traditional media and different tools; markers, watercolors, multi liners, and color pencils and may have a few digital enhancements.

Armed with new information concerning an ancient weapon fabled to have the power to kill a demon, Rev and the team split up to gather the shards and put an end to Azazal before it is too late.  Little do they know, the GAME MASTER is still pulling the strings!  New characters, new threats, and tons of plot driven action awaits you in THE KILLING FIELD PART 2!

We left Danny in the hallway with a mysterious figure.  We start off this issue by revealing her secrets.  The action takes flight from there as we get a better look at some of our heroes and introduce new characters to the HYBRIDS UNIVERSE.

EGORAVEN: Heir of the First Unicorn

EGORAVEN: Heir of the First Unicorn, introduces Egoraven, a half-unicorn, half-human princess who lives a sheltered life in Edinrahn, the magical valley of Elves and Unicorns. Although she is a princess, she is not accepted by the Elves or the Unicorns who resent the half-breed offspring of their King Stallion.

Because of generations of interbreeding with captured humans, the Elves have all but lost their own magic and depend on the Unicorns to survive the world they are in. As a result, the royal family hopes an arranged marriage between Egoraven, and the Elf Prince Rillian will strengthen the magic bond between them and the Unicorns.

But a secret alliance with the Dragon Lords violently overthrows the ruling family of the valley and Egoraven is exiled to the outside Kingdoms of Men.

ELLIE THE ELIMINATOR 3 in 1 Graphic Novel

Ellie is a robot on a mission to destroy her Master’s greatest enemy. But she’s not very good at it.

She’s cute, she’s deadly, and now she’s on a new mission to get her story printed and in your hands! Ellie the Eliminator was a comic series that started off with a silly idea: What if a Terminator robot was really bad at their job?  Wonder no more!

Now you can jump in to the first three issues of what could be a long on-going series following the misadventures of Calvin and Ellie in their cat and mouse chases. It’s the perfect gift for kids who are looking to read their very first comics. This could be your only chance to get these wonderful stories in print, so act fast!

Back in 2014, I started a comic that I had wanted to make for years. Art and Biro is a story about two friends, a raccoon and a fox, who meet each other at just the right time of their lives, in a universe where animals, furries and humans are living together.

I’ve always loved to own work from independent artists, and I always dreamed of printing my own comic too, so that anyone could have it in their hands.

And I’m very happy to announce that the first chapter of Art and Biro is ready to be published! But in order to make this dream come true, I need your help.

BUDDY follows the misadventures of an utterly unassuming hero named BUDDY. Buddy is a simple Pug who is content to Wake up – Pee – Eat – Chase Birds – Fall Asleep… REPEAT. That is until a doorway to Evil enters his home.

With the help of Charlie the Housecat, Buddy must find the courage to save his humans from a barrage of devilish beasts that are determined to wreak havoc on all mankind! Let’s just pray that Buddy doesn’t get sidetracked by something shiny first!

BUDDY is a Horror/Comedy for All Ages told mostly from the point of view of the household pets Buddy & Charlie. In a nutshell – It’s like “Milo & Otis meets The Exorcist.” It is a humorous take on the Demonic possession genre and in its own way – is a story the whole family can relate to… assuming your family is as TWISTED as mine!

A HOWL: A Comics Collection of Wolves, Werewolves, and Rougarou

Native Realities Press brings you A Howl: A Comics Collection of Wolves, Werewolves, and Rougarou. From unbridled werewolves to werewolves from outer space, these unique comics are gathered together for the mature reader. Your support brings together writers and illustrators for a myriad of comics and splash art!

This collection, edited by Elizabeth LaPensée, features new comics by accomplished writers and illustrators who have a love for all things wolves, werewolves, and rougarou. We’re kicking it off with a comic by experimental, horror, crime, and science fiction writer Stephen Graham Jones (The Bird is Gone: A Manifesto, Demon Theory, Mongrels) with illustrations by Weshoyot Alvitre (Marvel‘s Voices, Deer Woman, MOONSHOT Vol. 2 & 3)!

A comic about the mysteries that lurk between the dimensions- for fans of manga and dark fantasy!

FIENDISH  is an independent fantasy comic by Irene Strychalski. Taking inspiration from pagan cultures around the world, and merging influences from both Eastern and Western comics, FIENDISH follows a group of young men and women as they seek the truth behind a demon infestation.

The first chapter, Demons, is an action-filled 46-page introduction to this mystery tale; and this printed volume will include 10 pages of extra content, a preface to the constructed language of Nunarsa, as well as guest pinups from Carlos Nicolas Zamudio and Ivan Pineda.