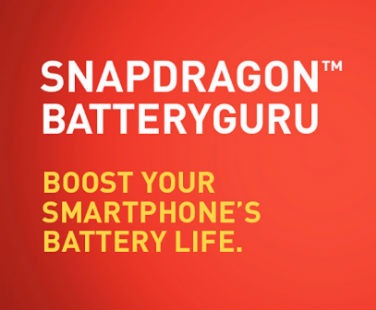 Battery life is perhaps the most fussed-over aspect of a smartphone these days. We can get zippy quad-core processors, or high-res displays, or 4G capabilities, but most of us aren’t able to get the most out of our batteries. In desperation, we turn to battery-saving apps.

All of us have tried many such apps over our smartphone’s lifetime. Juice Defender and DS Battery Saver, and other similar apps don’t really work the way we’d actually want them to. We don’t want just a marginal, hardly noticeable increase in battery life, we want something that actually makes a difference. Who better to turn to than Qualcomm itself?

Qualcomm makes the Snapdragon processors that power smartphones for most of us. If they’re putting out a battery-saving app, we can trust it to work better than all the others. They know the processors, after all. Qualcomm’s battery saving app – Battery Guru has moved out of Beta stage. Qualcomm even has a video out, coupled with catchy music, to announce the launch.

Battery Guru is different from the other regular battery savings app that we see everywhere these days. The app aims to ‘learn’ over time how you use your device, when you use it, and where you use it. The app then adjusts your phone’s power consumption accordingly to maximize your battery life. For example, Battery Guru figures out where exactly your Wi-Fi hotspots are, and turns off your Wi-Fi when you move out of those locations.

The app has been downloaded more than 100,000 times on the Play Store so far, with most of them coming very recently since it moved out of Beta. Some comments on the Play Store aren’t very supportive though. Since the app ‘learns’ your habits over time, it’s going to take a few days after installation (mine says it’ll take 4 days) to figure out a battery-saving plan for your phone. So don’t expect anything for the first few days.