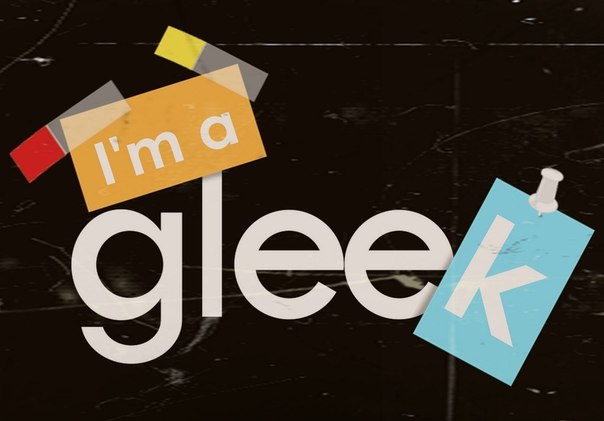 Over the summer something happened that I really didn’t think would ever happen: I became a Gleek. Yes, I started watching Glee (thank you Netflix) with my wife and we’re almost through Season 4 (Seasons 1-3 are long watched) so we can be ready for Season 5 to start next month. And the thing is, everything I thought I knew about Glee was completely wrong. It wasn’t just teenage drama set to show tunes, the show has much, much deeper importance to geeks and non-geeks alike.

In all honesty my wife and I agree that we should have been watching Glee from the start. First, my wife is a real-and-for-true professional opera singer. Second, my wife teaches kids (lots of teens and tween) voice lessons privately. She was always being asked if she a) saw/heard a song on Glee or b) if they could sing a song heard on Glee. Third, we both really like music (for the record I can’t sing and our musical tastes mostly overlap, but not 100%).

Now for non-singers, you should know that Glee is to real performing as anything about computers or coding in movies is to real life. Oh sure you can write a song in an afternoon, get it perfect, choreograph it flawlessly, and then win the championship…just like I can hack into someone’s encrypted files in about 15 seconds with six keystrokes. Beyond that small detail, I think all geeks should watch episodes of Glee for no other reason than they are us and we are them.

In the 4 seasons of Glee that we’ve watched, Glee has dealt with teen pregnancy, coming out, being different, death, love, more ethical issues than I can count, school violence, teen suicide, gender identity issues, and anything else that would happen to someone who wants to live a life away from the status quo. Sure I’m late to the Glee party, and you all know this by now, but geeks are different. Geeks—I couldn’t believe we’ve gotten our own week on YouTube—are responsible for a lot of the amazing creative things in this world, and it’s nice to see it embraced on national TV.

Which is why I think being a Gleek and Glee is essential to society right now. We need to embrace diversity and difference. We need to find, build, and maintain safe places for people to be different. Almost every episode in Glee has some mention that Glee club is the one place, the one refuge, that the people there can be themselves. And, no, it’s not always easy. People are flawed, that’s just the truth, but I think what we all can learn from Glee is that we need to accept ourselves and find the places and people where we are accepted for just and simply who we are.
Season 5 of Glee is going to start with dealing with Cory Monteith’s untimely death (in my hometown of Vancouver).

I suspect that Glee will grapple with addiction, our own internal darkness, and how we all have demons to fight. I suspect the writers have taken the extra week to write shows (word is that two will center on Cory/Finn’s passing) that will compel all of us to consider how we deal with our demons and help others who are fighting their own demons. Issues that many of us face daily.

I’m happy to call myself a Gleek if for no other reason I want to support the idea that being different is okay. That finding a place to sing out (and that can be more than actual singing) is important. And knowing that different is hard, but special. Different is essential to making the world a better place.

Tris Hussey is a freelance writer, technologist, teacher, and Canada's first professional blogger. He has written several best-selling books on social media and technology including Create Your Own Blog (1st and 2nd editions), Using WordPress, Sam's Teach Yourself Foursquare in 10 Minutes, and WordPress Essentials (video). You can read Tris' posts on TrisHussey.com and other sites around the Internet.