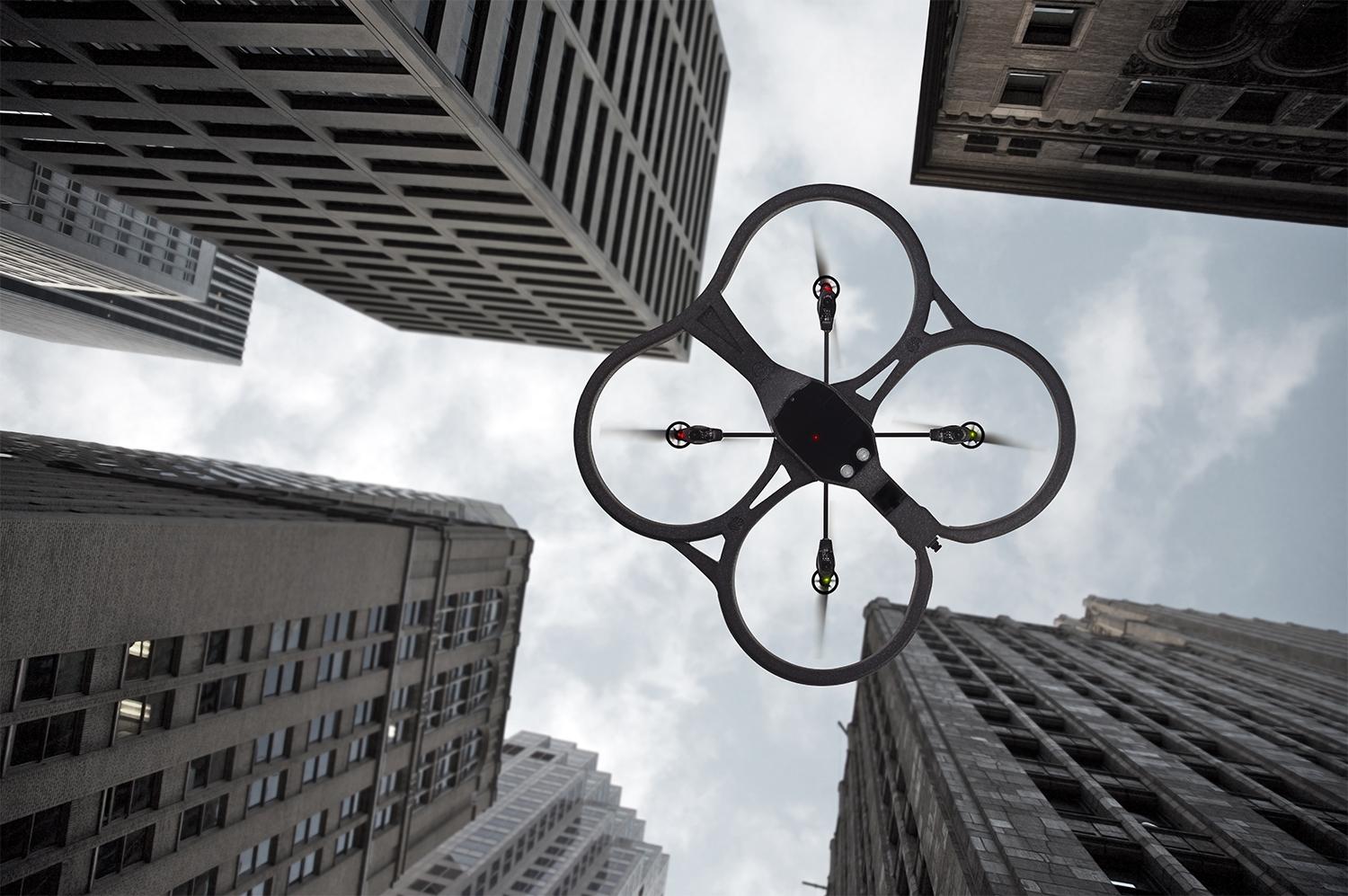 After months of speculation, it’s official. Google is the latest tech giant to dive into the world of drones.

Google X, the technological lab and arm of the company, recently revealed that it has been testing a prototype drone for the purpose of delivering goods. Dubbed “Project Wing,” the secret drone program has been in the works for two years now. The program was originally created to serve as a faster way to deliver defibrillators to patients in need.

In the last month, a team of engineers and flight experts has successfully completed 30 plus test flights. They have delivered goods ranging from dog treats to chocolate.

As originally reported by The Atlantic, the two-and-a-half foot high drone has the ability to take off vertically like a helicopter, and then move to a horizontal position like a plane. The drone is moved to these positions by four electronic propellers. Packages are stored in a slot in the middle of the wing. When delivering goods, the drone hovers and drops the package to the ground by means of a tether. At the end of the tether are “little bundles of electronics” called the “egg,” which are able to detect when the package has landed on the ground. Once the package has been delivered, the tether detaches from it and is sucked back up to the drone.

What Has Already Been Done?

Thus far, the prototype has been tested on farms in Queensland, Australia, where the country’s commercial drone policies are more lenient than the U.S. At the forefront of the movement is Nick Roy, an MIT roboticist, who decided to lead Project Wing for two years. He entered with the goal of creating a trustworthy and fast service that people could count on. As of now, no one is able to utilize the service to order goods, nor are they expected to any time soon. However, Google’s ultimate goal is to make the unmanned drone readily available and able to quickly deliver items. Dave Vos, who recently joined the project to take over for Roy, is focusing his attention on making it commercially available. Once the team has fully recognized the logistics of the project, it will then set its focus on the drone’s safety features and avoiding crashes. In fact, Google has said that its long-term goal includes utilizing the fleet of drones to aid with disaster relief, including assisting victims of hurricanes and earthquakes.

“FedEx overnight delivery has absolutely changed the world again. We’re starting to see same-day service actually change the world. Why would we think that the next 10x—being able to get something in just a minute or two—wouldn’t change the world?” Astro Teller, the director of the drone program, told The Atlantic.

What About Amazon And The Others?

Last year, Amazon revealed that it had ambitious plans to produce a drone delivery program. However, the FAA ordered the program to be halted until at least 2015, stating that model aircraft was not for “delivering packages to people for a fee.” Since 2007, the FAA has affirmed that it is illegal to operate drones commercially. However, some are hoping to change that. Several other companies including UPS have also considered delivering items by flight. Many have argued that utilizing a delivery system by flight saves the company and customers more time and money. In theory, drones fly over traffic congestion and have the ability to reach remote locations, making them more reliable and faster. As of right now, Google’s service is years away from actually being put into motion. However, the company has made one more giant step towards the future of unmanned delivery service.