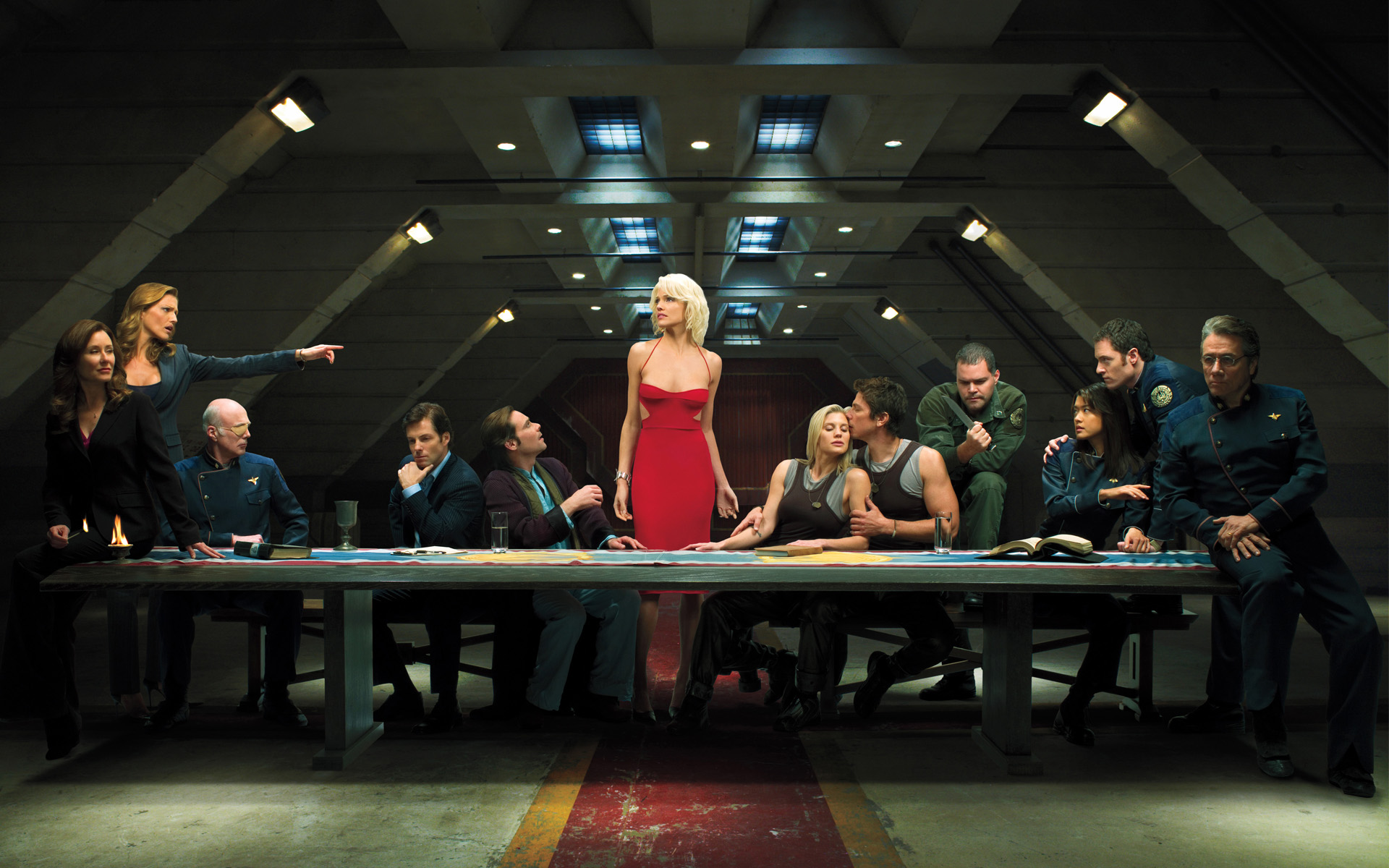 With all the reboots, remakes, sequels, and spinoffs finding their way into existence, it was only a matter of time before the already remade sci-fi classic Battlestar Galactica gets yet another treatment. Film studios firmly believe in sticking with what they know, and while I am usually appalled at Hollywood’s dwindling creativity and increasing focus on money over quality, Battlestar Galactica is definitely worthy of being rebooted. The movie is still very early development, but there are a few details available.

More Battlestar Galactica On The Way?

The potential new movie from Universal will be, according to Variety, “a complete reimagining of the story,” so it seems unlikely that we will see any familiar faces from the TV series. The movie, which as yet has no director, will be written by Jack Paglen of Transcendence (which looks like it’ll be pretty, if nothing else) and produced by Glen Larson, the creator of the original series. While there is not yet a lot of information, the movie sounds like it deserves a shot. While we don’t really need a new take on a series that’s already had a very successful new take, the movie could surprise us and rise above even the heights of SciFi’s series. Or it could spectacularly crash. Whether we’re praising or trashing it, it’ll at least be a good topic of conversion in geek circles.

The prospect of any new BSG is enough to get us excited. The original series aired in 1978 and was cancelled after one season due to poor scheduling. After a write-in campaign by outraged fans, the show was revived, albeit with a drastic makeover, in 1980. The sequel was poorly rated and received, and was put out of it’s misery after only ten episodes. SciFi remade BSG in 2003, and the new series was the object of much critical praise for it’s storytelling and special effects, running for four seasons and even spawning a tragically short-lived prequel (R.I.P. Caprica). There were some rumors of a new movie in 2009, but they didn’t pan out, and it’s been too long since anything new from the BSG universe has graced our screens.