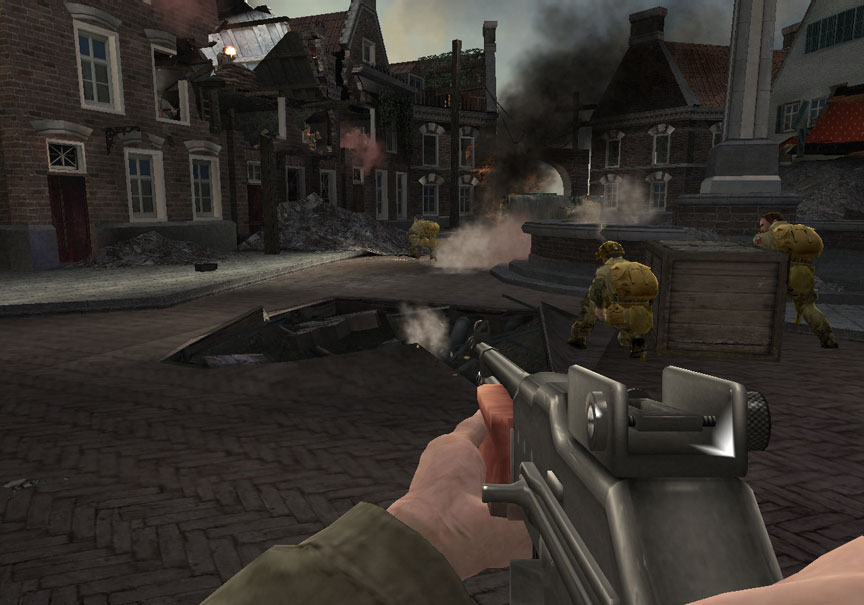 Video games have come a long way. New games are released almost every month with higher resolution graphics, better written story lines, and wide spread multi-player experiences. Even though new games are great, it would be a mistake to forget about the consoles and games that brought us to this point in the history of video games. Sony’s PlayStation 2 spawned some of the biggest, most notable, and most influential improvements in video games. It’s no surprise then that this console is still a popular find at pawn and thrift shops everywhere.

When it comes to expansive, well developed, immersive gaming experiences, the Medal of Honor franchise is a prime example. Medal of Honor covered in-depth story lines about soldiers in wars past. You played as a soldier that had to fight his way through a war completing intense mission that could take up to an hour to finish. Each incarnation of the game became more complex, progressively raising the bar. Games like Medal of Honor were a huge influence on modern video games and set the stage for games like Modern Warfare 3 and Battlefield 4.

Kingdom Hearts was (and still is) hugely popular on the PS2. It combined the story telling, character design, popularity, and artistry of Disney with the intense game play, expansive design, and intricate technical skills of Square Enix. This game not only raised the bar for RPGs, it raised the bar for many fans outside of video game social circles. This game helped make gaming cool for just about anybody that was open-minded enough to give it a try. It is still somewhat common to see teenagers walking around in wearing shirts with Kingdom Hearts inspired designs. In fact, scheduled for release is a rereleased version of Kingdom Hearts, ensuring that this classic never goes far.

We can’t forget about the huge robot craze. There are a ton of games where you become the pilot of a giant combat robot. One of the most notable series is Armored Core. In the series, you become a mercenary (or military combatant) that customizes and pilots of robot carrying heavy weapons. Your robot is dropped on to the battlefield via an orbital drop pod (and helicopters in later versions). This is a direct influence to Titan Fall, an upcoming game that lets you join the military to pilot a giant robot that is dropped onto the battlefield.