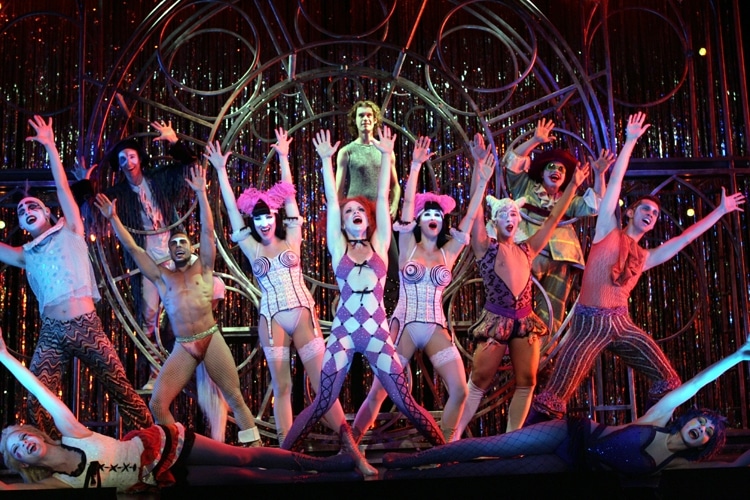 After a grand slam like the highly acclaimed Hamilton many fans are hungering for another musical that draws on the annals history. Well, there is good news and bad news for them. The good news is that historical musicals are certainly not just a thing of the present, however, Pippin is just not one that is worth your time.

The 1972 musical is a bizarre act through and through. Firstly, the subject of the matter is peculiar. I’m not going to lie when I heard there was a musical about the first son of Charlemagne and the first emperor of the Holy Roman Empire (which was neither holy, roman, nor an empire–but I digress), I was intrigued. (And for those hoping this was a break-out musical for the rascally Tolkien character, I’m sure this is disappointing.) There are a lot of routes that the story could have taken and I was excited to learn more about history and watch as royal political drama and Pippin’s ultimate fall from grace unfold. However, the direction the writing decided to take was probably the most wholly uninteresting way the story could have gone. Instead of focusing on the political drama or the historical accuracy of it all, the main driver of Pippin is Pippin’s search for meaning in life and it is as whiny and boring as it sounds.

You can have conflicted characters who waffle about what to do in life. In fact, thinking characters like that can be very successful, like Hamlet. Although, there is a distinction between these two dramas both named after their leads is that in Hamlet, although the action of the plot is driven by Hamlet, the conflict that he is dealing with is difficult and arresting. It is somewhat easy to sympathize with Hamlet’s ambivalence with killing his stepfather and you want to see how the drama will play out in the end. It is hard to find sympathy with Pippin’s struggle to find meaning and greatness in life when he is already lined up to be a king. And because Pippin is the only person who moves the story forward to an indeterminate end, which is resolved quickly and comes out of nowhere Oklahoma style, it is a wholly boring and directionless slog.

The only time the story becomes arresting is when Fastrada, a made-up character but most likely based on Hildegard Charlmagne’s second wife, is trying to place her son, Louis, on the throne by manipulating Pippin who is leading a revolt against his father to eventually assassinate him. Which is actually historically accurate. Pippin does lead a revolt and does attempt to assassinate his father, although the assassination was probably not orchestrated by the current queen. After the assassination attempt doesn’t work out Fastrada basically disappears for the rest of the musical only returning for group numbers. Pippin continues to search for meaning in life featuring not only one but two implied sex dance numbers, which brings me to my next point of bizarre-ity: the music.

Stephen Schwartz has over the years composed the music for many acclaimed musicals such as Godspell, Wicked, and The Prince of Egypt and perhaps it was an off-day for him but none of the music in Pippin sticks with you, like at all. One would think that the man who wrote “Defying Gravity” could make one more earworm in a musical he composed himself but that is simply not the case. The music and dance in Pippin goes for a sort of jazzy/musical style which meshes strangely with the middle ages inspired comedy. Like a mixture of Spamalot and Chicago, Pippin leaves a strange taste in your mouth.

Oh, and did I mention that the entire musical is meta and that there’s an otherworldly theater troupe that only Pippin can see that are trying to make Pippin to commit suicide by immolation the entire time

Jessica is a college student who is out there to end all who come in contact with her. She doesn't really like ham sandwiches, so there's that.

What’s Coming To and Going From Netflix August 2018

7 Online Shopping Security Threats and How to...