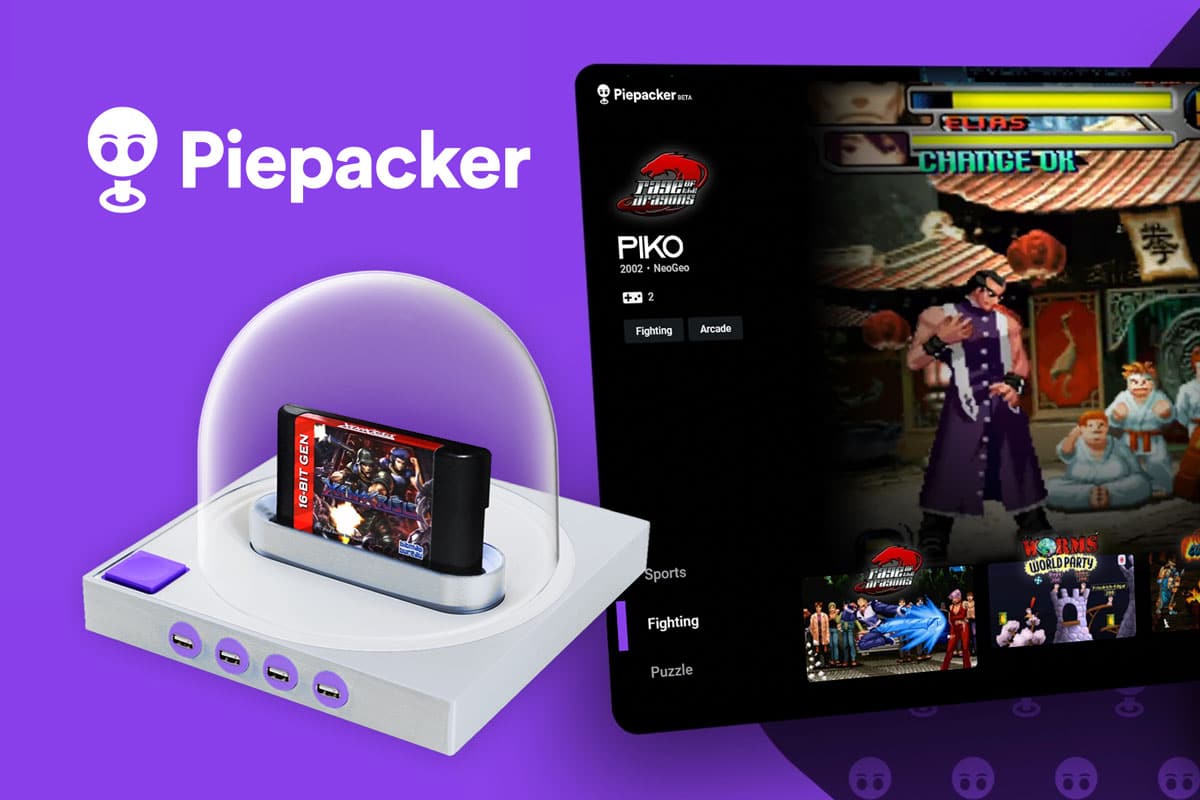 At the crossroads of online multiplayer gaming and video chatting, Piepacker is a free and legal platform which provides instant access to officially licensed video games from a web browser, without any download.

Through its Kickstarter campaign, Piepacker is offering early access to its platform along with an exclusive piece of technology developed for nostalgic retro gaming: the Piereader. This new retro gaming dock is equipped with adapters to import one’s own retro game cartridges to the multiplayer world of Piepacker and play with their friends online, with only one cartridge.

“We’re looking to bring to the world of video games what Spotify brought to the world of music, making retro gaming accessible to all, for free and legally, while guaranteeing a high quality of service.”

Piepacker has partnerships in place with publishers Codemaster, Team 17 and Interplay and indies like Bitmap Bureau or Morphcat. The catalog continues to grow with plans to add indie, casual and board games.

There are currently over 60 games including 2 exclusives available for free on Piepacker. Among the available titles are the iconic Worms World Party, Earthworm Jim 1 & 2, Xeno Crisis and Micro Mages.

“We’re also creating a new way to connect with friends and family during this time when face-to-face interactions have been limited. Our video chats have customizable features such as 3D filter options similar to what Instagram or Snapchat do,” said Devienne.

Under development since March 2020, Piepacker opened its beta version to the public in late December. Before the beta closed, 100,000 people had taken the opportunity to try out the platform and contribute to its development.

Piepacker provides access to games that have been featured on a variety of platforms: arcade machines, NES, Super NES, Saturn, Mega Drive, NeoGeo and PlayStation with more to come. Visit Piepacker’s Kickstarter page to discover the various packs, personalized masks and an official Piepacker gaming controller, equipped with a rewind button.

The Kickstarter campaign will close May 21st, 2021 and the platform itself will be accessible to the public later this year.

Piepacker was created by two friends, Benjamin Devienne and Jules Testard, two Frenchmen who expatriated long ago and share a decade long friendship. Benjamin, the face of Piepacker, has an outstanding track record. Before graduating, he was at the head of an academic research project that led him to participate in a major TEDx in Canada, along with many celebrities.

Benjamin was also a distinguished guest lecturer in several universities, including the Massachusetts Institute of Technologies (MIT). He founded the data science department of Gameloft, a French mobile game giant, and became a leader in that field. Facebook convinced him to step outside the video game industry to manage key teams of their data science department as Head of Analytics. The giant of video game streaming, Twitch, a company belonging to Amazon, was next in recruiting him as Head of Research Strategy on machine learning oriented projects. Benjamin was not yet 30 years old.

When starting Piepacker, the pair recruited some of the world’s most talented experts in the field. They assembled a team of former employees of Google, Facebook, Microsoft, Apple, EA, Blizzard-Activision and Twitter.

After just a few weeks of development, Piepacker got noticed and backed by Y Combinator, the startup accelerator that has engineered the birth of Airbnb, Twitch, Dropbox and even Reddit. Thanks to their key support, Piepacker’s development has been accelerated and also helped the two founders gather an elite group of advisors from the industry.