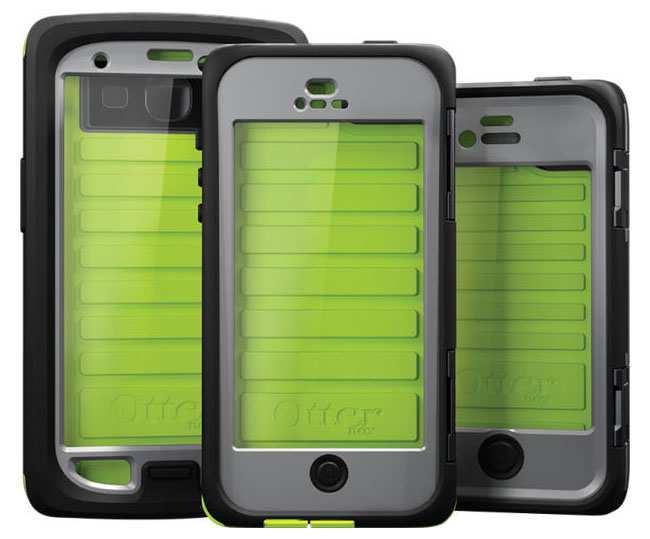 OtterBox: the undeniable, global head honcho for protection of handheld devices. …But what a weird name! Sounds like a good name for some waterproof creation, but everyone knows OtterBox cases, with their thick silicone and/or polycarbonate edges, are more for protection against drops and falls.

Actually, it turns out that wasn’t always (and is no longer) true.

OtterBox founder, Curt Richardson, started the company based on the concept of making certain technological devices waterproof—hence the name that at the time probably seemed like one of those self-explanatory marketing gems. As smartphones became prevalent, the company gravitated toward making generically ‘protective’ cases and waterproof was a criterion that fell by the wayside.

Enter LifeProof, the sleeker, some would say more stylish, line of smartphone and tablet cases that do what OtterBox cases cannot: make handheld devices waterproof. Finally, it seemed as though OtterBox had some real competition in the smartphone case market.

This venture was announced in late May, and by the end of June OtterBox debuted their new line: the Armor series. It’s waterproof! (Isn’t that sweet? Ricardson’s original brainchild has been re-realized in the ever-important arena of smartphone technology.)

But how does the Armor series really compare to the preexisting LifeProof case? Both cases are made to maintain function within 6.6ft of water. That is to say, they are equally waterproof. When it comes to drop protection, the Armor case boasts the ability to withstand 10ft drops onto concrete, while the LifeProof case protects against 6.6ft drops (magic number?). The OtterBox Armor case is also “crush proof” (up to 2 tons), something the LifeProof case specs don’t mention.

The gist is this: OtterBox took a hot young wife, LifeProof, and together they made an army of babies that are better than anything either company could have come up with alone—the Armor series.