Home Gaming EverQuest Next Might Be Revolutionizing MMORPGs
GamingPC and MAC 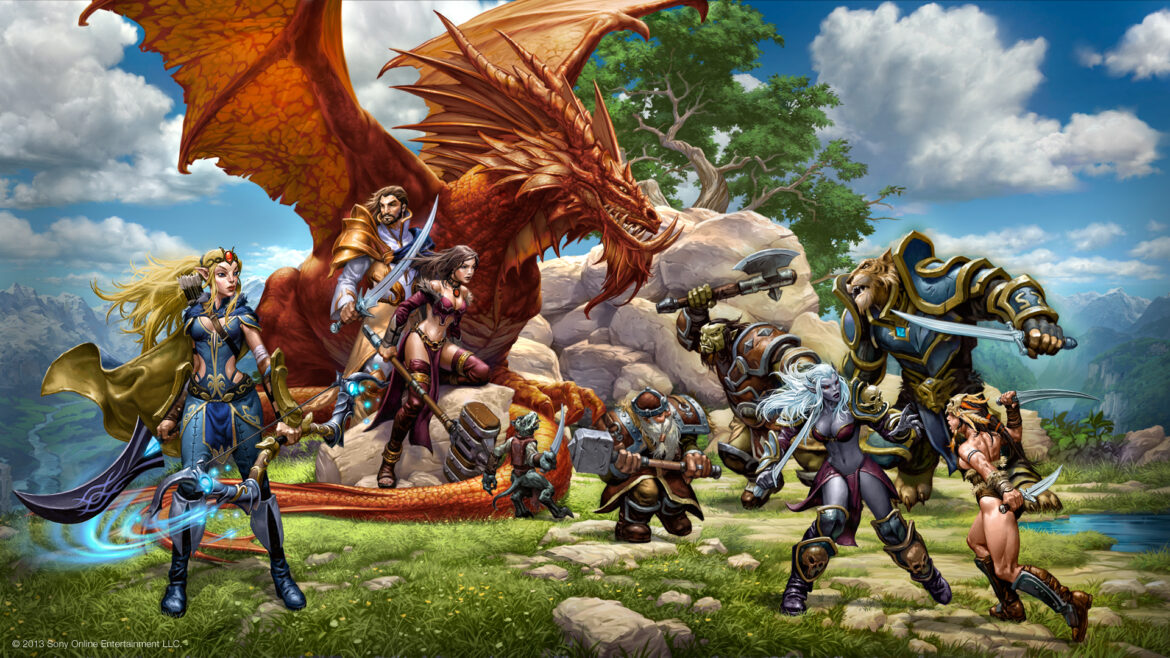 When people think about the precursor to World of Warcraft, most people think of EverQuest. EQ came along and revolutionized the MMORPG genre, laying the ground work for future MMOs like WoW. EQ was released 14 years ago, now 21 expansion (about to be 22) and one dead sequel later, the franchise may once again be breaking ground for the genre. The newest entry into the series, EverQuest Next, looks to revolutionize how the world is affected by the players that live within it. If EQN holds up to all of the promises that Sony Online Entertainment has been making, then the MMORPG genre will never be the same.

So what is EQN doing to help players shape the world, that other MMORPGs are not doing already? The answer to that question lies in the games destructible and buildable environments. The physical world of the game may come in one version to start with, but the entirety of it can be destroyed by monsters and players, and subsequently rebuilt as well. An entire community can come together to create a new city in the game, a city that’s permanent. Each server will be unique because each server has different players who will undertake different plans. An area occupied by a sprawling city on one server may be nothing but an overgrown forest on another. Segments of ground raised up by earth mages will stay that way until destroyed by someone.

Building is just one half of the coin that is the dynamic environments of EQN though. Destruction is also an important facet of the game. Nearly everything in the game will be destructible, thanks to the voxel based engine they’ve build the game with. If that word sounds familiar, then you’re probably used to hearing it tied to Minecraft and Cube World. With those in mind, you get a sense of what can be built and destroyed. Being chased by a hoard of monster over a bridge? Once you’ve crossed you can destroy the bridge, and send them plummeting to their deaths. Of course, then you’re going to have to figure out how you’re crossing the crevice from then on. 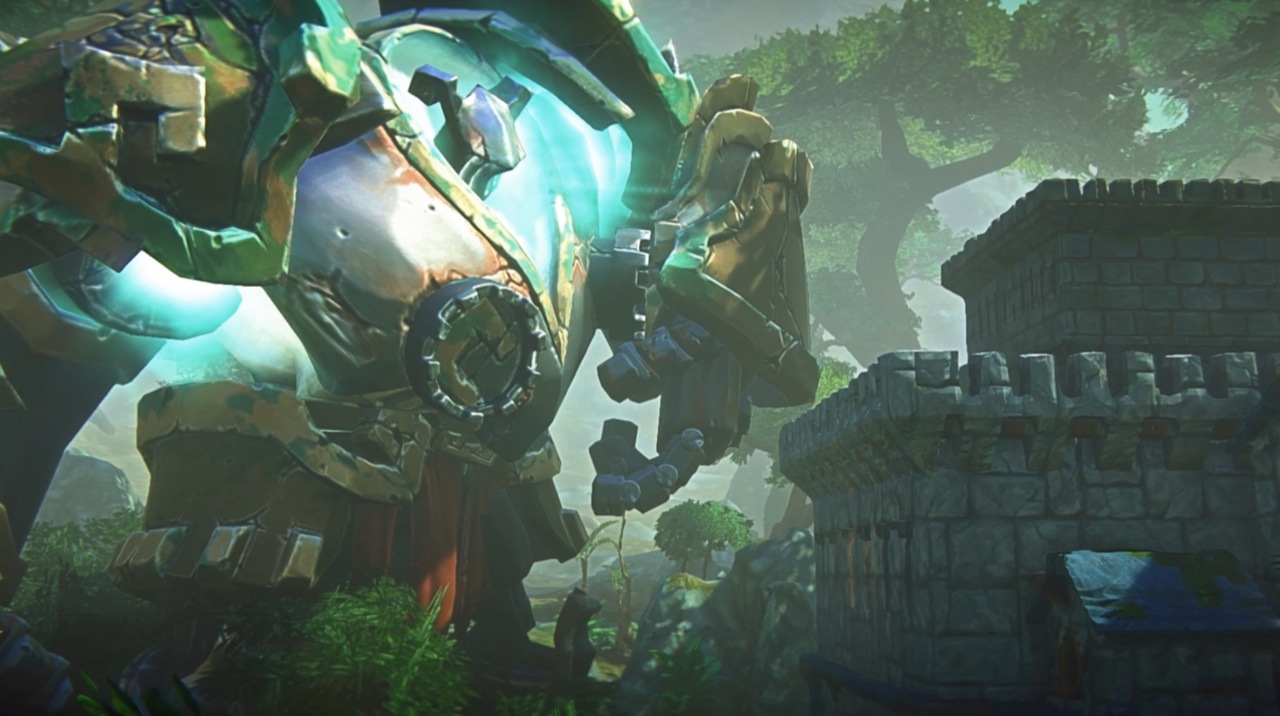 Of course players are not the only ones who will be able to lay waste to the games environments. Monster have intuitive AIs that will help them behave in an organic matter. Town will be sieged by dragons and other monstrosities. Leave them unchecked and they’re likely to tear through your entire town. This sort of world building and destroying is unprecedented in the MMORPG genre. It offers a world that is truly unique to itself. One that genuinely changes and evolves based on the actions players take within it.

SOE has made it clear that they hope to discard many of the standards of the genre. Quests for instance are designed to be dynamic, based on the actions of the monsters in the world. All of the monsters have unique AIs that set their priorities on what to be doing in the world. If a group of monsters really likes gold, then you’re likely to find them around area that contain the ore. Cities built in these areas will have to contend with monster groups who also see value in the territory. Monsters will also be aware of what goes on with other monsters. If the Kobolds and Orcs have an alliance, and you come kill a bunch of Kobolds, you’re going to have a good number of Orcs on your front steps. 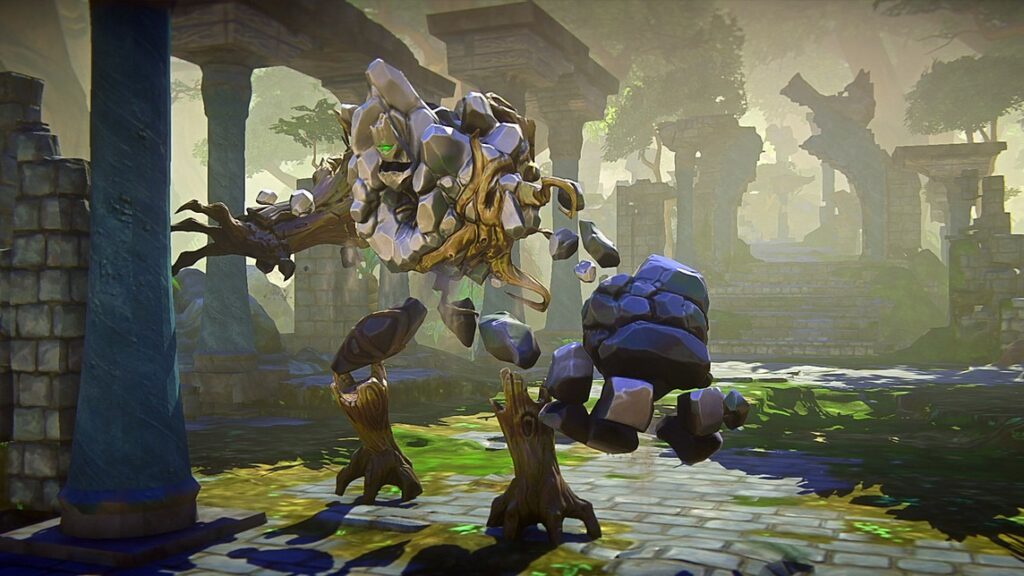 So, who are the heroes who will be shaping this world and battling monsters? SOE has already confirmed races including: Dwarves, Humans, Ogres, Elves, Dark Elves and Kerran (cat people). Classes are a little bit more complicated though. There will be over 40 classes in the game for players to take advantage of. A character isn’t locked into one class however, and can select skills from any class in order to customize. There is going to be no leveling and as a result, no level cap. Instead, you’re character will collect experience that can be spent to increase these skills.
The promises that SOE is making are definitely some big ones. Most people might be worried that they’ll even be able to implement most of them, given their track history with that sort of thing. The most impressive thing however, is that almost all of this has already been designed and implemented. In order to ensure that these huge features made it in to the game, they worked on the first. EverQuest Next looks like its turning out to be a whole new turning point for the genre.