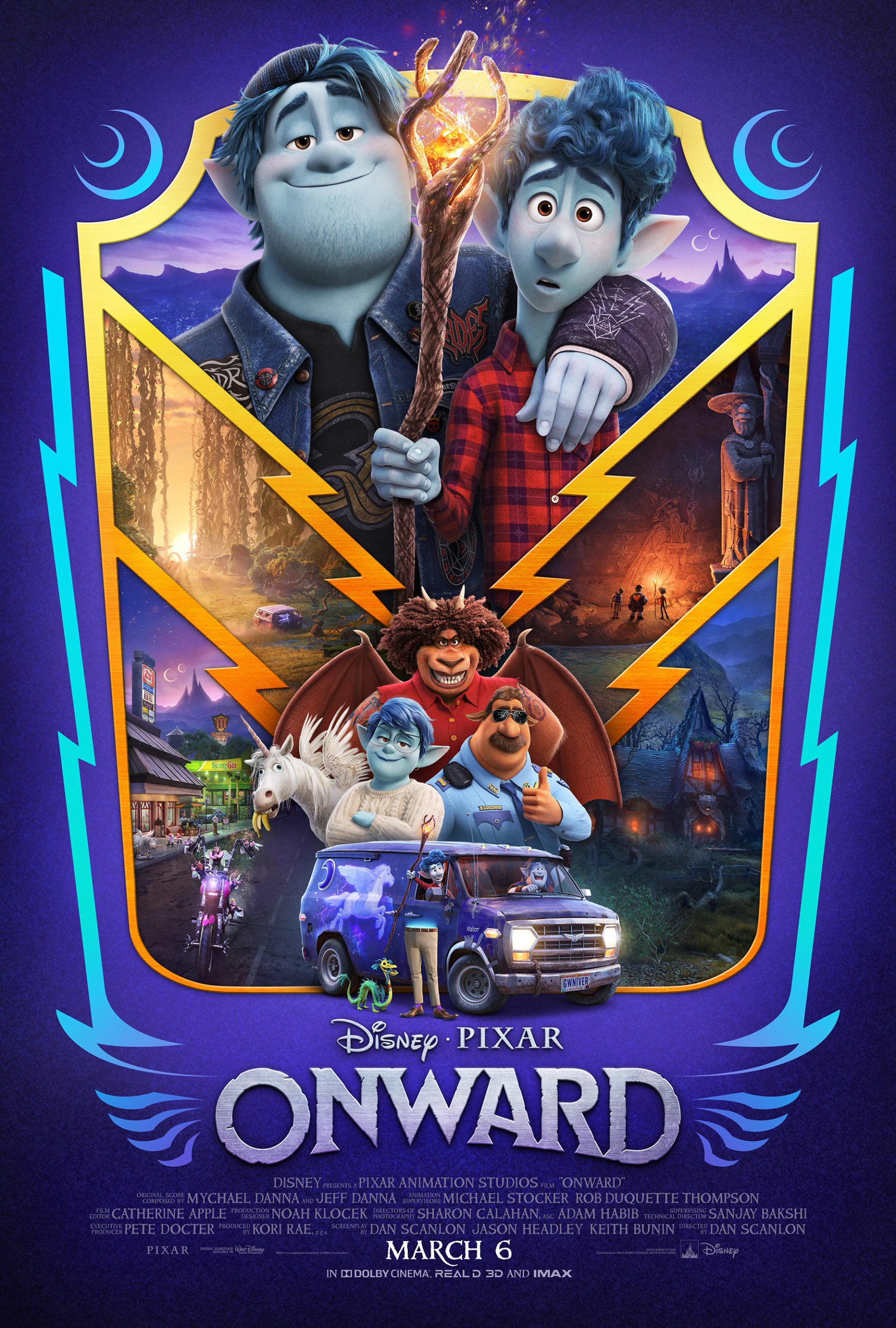 Onward, set in the boring suburbs of a not so dull fantasy world dominated by elves, dirty flying unicorns, cyclops, centaurs, and other mythical creatures, two brothers Barley Lightfoot and Ian Lightfoot set out on an adventure. They seek to discover if there is any magic left out there that could help them reunite with their father. Unfortunately, the father passed away when the boys were very young and left a magical staff that would bring him back one last time.

The movie is directed by Dan Scanlon, who also made Monsters University. He wanted to make a movie about his father, who passed when he and his brother were still toddlers. After discussing it with fellow filmmakers, the creatives began to wonder what it would be like if Dan and his brother had 24 hours with their father one last time, which is the same amount of time the elf brothers are given in the movie as they race against the clock.

The Pixar movie looks funny yet dramatic with non-stop bouts of action.

Pixar does wonders in telling stories about friendship, but it is still new in the territory of fantasy and magical movies. Pixar was involved in another film, Brave, that showed a little bit of magic. The biggest challenge for the studio was perhaps building a whole new world populated by mythical creatures and magic. The characters in Onward may be strange to us, but the world is as textbook as it gets, which makes the movie endearing and relatable.

Whether the Lightfoot brothers find the magic, they need to see their father, Pixar definitely bottled some in this movie. The trailer makes you emotional as you root for this family to get reunited once again, making you think of all the things we do for love, even if its going on a quest just to meet someone.

Movies like Onward bring about inspiration and joy and could be one that you want to check out this year. I know there’s quite a bit of content out there and so little time but take a moment to view the trailer and see for yourself.

Onward comes out in theaters in March 2020 worldwide, so mark your calendars and book tickets for a movie that might leave you a bit tearful by the end.