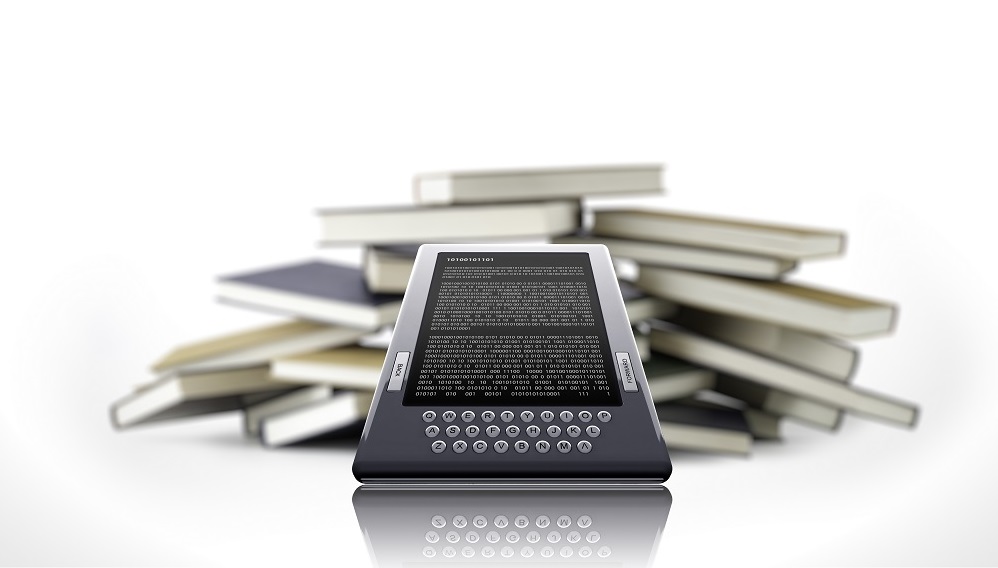 A 2013 report from BookStats released this year has shown what we’ve been waiting to happen for years: online book sales have surpassed the brick and mortar variety. “Online book sales” includes both ebooks and physical copies ordered over the internet, so technophobes can rest easy knowing that being able to hold hundreds of titles in one device hasn’t destroyed holding one book in your hand. In fact, online book sales have only increased in one aspect of sales: volume.

Once a limited and spendy tool, ereaders have improved in both performance and price. Smartphones and other mobile devices have improved their reading technology as well, making it possible to keep ebooks on your phone or tablet rather than buying a separate device. Rather than being eclipsed by ebooks for iPhones, ereader usage has steadily increased over the years. In 2010, a mere 5% of Americans owned ereaders, according to a Pew Research survey. In 2014, 32% own them. However, market research group Forrester has predicted that ereader usage will soon rapidly decline as other devices offer competitive alternatives. Despite the increase in popularity of ereading technology, revenues from ebook sales reportedly remained flat in 2012 and 2013. People are buying a lot of ebooks, but that may be because they’re getting cheaper.

A record high number of ebooks sold in 2013, but profits didn’t increase — why? Because while total units sold increased, price tags had decreased. Publishers have been offering lower prices on ebooks as well as physical copies sold online, and not always willingly. Amazon ruffled industry feathers last year when allegations rose that the company was delaying shipments and removing discounts from titles under Hatchette when the company resisted Amazon’s contract conditions. This came after Hatchette four other publishers were accused of conspiring with Apple to rig ebook prices in order to stifle the competition. Hatchette was reportedly unhappy with the idea of Amazon having the right to discount prices on their titles, disregarding how much or how frequently those discounts would be. Standing up to Amazon on ebook sales is particularly challenging, considering the company holds 60% of the market. We also still apparently love our physical book copies. It’s the combined sales of physical books sold online and ebooks that surpassed books sold in physical stores. So, hey, at least you can count on that ‘new book smell’ sticking around, it just might come in an ‘Amazon package smell’.