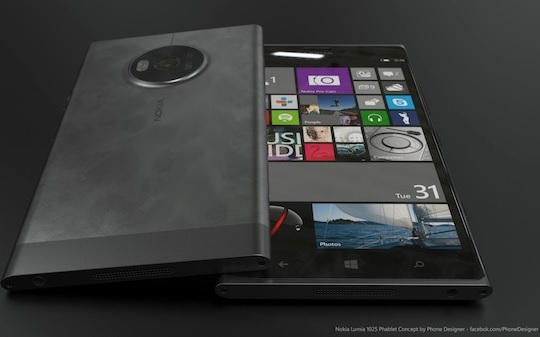 Nokia will be unveiling half a dozen new devices at an event to be held in Abu Dhabi, United Arab Emirates next month. Nokia announced the event – Innovation Reinvented – in a tweet last week.

Nokia has not gone on record to mention that it will be launching 6 devices at the event, or any devices for that matter actually. However, The Verge is reporting that this will indeed be the case on 22nd October at Abu Dhabi.

A wide range of phones of varying sizes and form factors should launch at Abu Dhabi. At least 2 of those devices are expected to be Lumia smartphones running Microsoft’s Windows Phone OS.

Among the 6 devices that are expected to launch at the event will be the highly anticipated 6-inch Windows Phone – the Lumia 1520, codenamed the Nokia Bandit. The Bandit was expected to be unveiled at a Nokia event in New York this month, but Nokia seems to have scrapped those plans in favour of the Abu Dhabi event.

The Bandit has been heavily leaking all over the place lately. All leaks so far point to a 6 inch device with a full HD display. The Bandit should run on a quad-core Qualcomm Snapdragon 600 processor, making it the first quad-core Windows Phone device. The Bandit is also expected to ship with an astonishing 20 mega-pixel rear camera.

Another first for the Bandit is its likelihood of shipping with the GDR3 (General Distribution Release) update for Windows Phone. GDR3 is expected to bring many long-awaited changes to the OS, including a screen-rotation lock, a Driving Mode, and cloud storage for messages, among other things.

Another anticipated device, now more hyped than before, given Nokia’s sale to Microsoft, is a Windows RT tablet. The tablet is codenamed Sirius, and is expected to feature a large 10.1 inch screen. The device is expected to launch as the Lumia 1520, and should feature LTE connectivity. We first reported existence of the tablet in June here.

Sources close to the company have also mentioned that Nokia may showcase a whole new range of accessories, adding that one of them is ‘pretty special’.

Nokia sold off its Devices & Services division to Microsoft in a deal worth $7.2 billion recently. As part of the deal, all smartphones from the Finnish manufacturer will no longer carry the ‘Nokia’ brand. Nokia’s previous CEO Stephen Elop will transition to become Executive Vice President at Microsoft.

Recently, reports emerged that Nokia was testing Android on its Lumia range of smartphones as an alternate strategy after its failed alliance with Windows Phone. Nokia reportedly had Android running on Lumia phones before the Microsoft sale took place. The project will obviously be killed off now with Microsoft in charge.

Are you excited about Nokia’s upcoming lineup for October 22? Will Nokia succeed under Microsoft? Let us know in the comments below