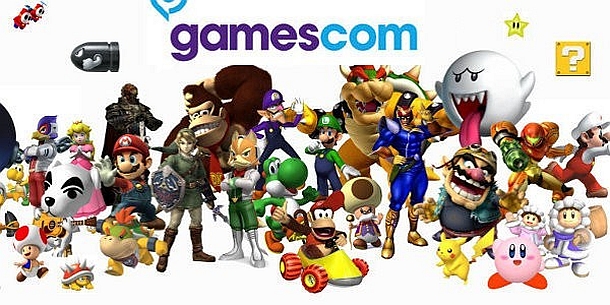 Nintendo’s got a lot to prove to me, along with the rest of the world, after the recent statistics showing just how much the Wii U is struggling. Luckily though, Gamescom 2013 is on its way, starting August 21st and Nintendo is promising a whole lot of quality First Party games to hopefully raise our spirits. We’ve heard and seen a great amount of fun things coming to the Wii U and 3DS later throughout 2013 and 2014, so I feel like it will be promising!

Nintendo’s section of the event will feature the first actual playable demo for Pokémon X & Y for the 3DS, as well as a look at several other Wii U games that are sure to be chart toppers. Without further ado, let’s take a look at a few games Nintendo fans can expect to see!

The Legend of Zelda: The Wind Waker HD – Wii U

An interesting choice by Nintendo, but I think it goes without saying that HD remakes are a wonderful source of money. With Nintendo suffering as of late, I think it’s a brilliant idea to see the GameCube classic remastered. We all know the story: Link must set out across the high seas to find his sister with the help of Tetra. I really did enjoy this game in comparison to the more recent Zelda titles. Looking at you, Skyward Sword. The Wii U edition will have a feature called the Tingle Bottle, which players can use to interact with others across Miiverse.

Wii Karaoke U – Wii U

I think we needed something like this on our new home console. The Wii had titles like Wii Sports and Wii Music, so why not have something similar on the Wii U? Looking to have one of those gut busting moments with a few friends? This will be one of the games to do it! The game will be free to download off off the Nintendo eShop, but you will need to purchase a pre-set ticket to enjoy the immense library of music. The Gamepad is meant to serve as a music catalogue and can also double as your microphone. Because that’ll work. Strange choices and all, this game looks like one that will make you want to grab a group of friends and have a ball.

The Legend of Zelda: A Link Between Worlds – 3DS

A new game set in the same exact Hyrule from one of our favorite games, A Link to the Past?! YES, TAKE MY MONEY! This game utilizes a new “drawing” form of Link that will help him traverse obstacles and puzzles by navigating through the walls. The game will revive the classic top-down camera angle in an all new light on the 3DS.

WOOT A NEW MARIO KART GAME! I’m so upset that this game won’t be out this Christmas. It seems like Nintendo has been really missing the mark with its console Mario Kart releases, by releasing Mario Kart 8 in 2014 and having put out Mario Kart Wii in April of 2008. Look how well Mario Kart 7 did on the 3DS. It was released in December of 2011 and has one of the strongest online 3DS communities to date. Ah, well. What can you do? Mario Kart 8 is sure to be a hit though. We’ll be looking at 12-player online races that allow us to share our highlight videos over Miiverse. Mario Kart 8’s gimmick is anti-gravity. As we saw at Nintendo’s E3, we’ll be driving along the walls and upside down areas like Princess Peach’s castle.

Yay? Wii Party was an interesting choice on the Wii. I was one of the many that thought it was marking the downfall of the Mario Party franchise. Thankfully, that isn’t the case so I’m not as sceptical about this game as I was with its predecessor. Wii Party U is set to make full use of the Wii U Gamepad. As Nintendo puts it, it is capable of turning your living room into a game show floor. The thing I like about the Wii Party franchise is that it’s a game for everybody. Seriously! There’s something that everyone will like. My grandparents played the Wii version once and were cracking up! Good on you, Nintendo.

Hmm, Nintendo’s really pushing this game, eh? Something just feels right about that. It’s like when we saw Mega Man was being added to Smash Bros., Nintendo welcomed the blue bomber with open arms and it seems as though the same treatment is being made with Sonic, albeit more gently. The poor hedgehog’s been through a pretty bad rough patch. The game features the return of the vastly popular color powers from Sonic Colors and introduces the Deadly Six as all new villains.

Nintendo’s front runner and headliner is sure to sweep sales this holiday season! Ready for a nostalgia meltdown? Play as the Mario Brothers along with Peach and Toad, complete with their abilities from Super Mario Bros 2 on the NES. The new platformer will be following in the footsteps of the wildly successful 3D Land on the 3DS, which is sure to make everything wonderful. 3D World is home to the new cat power-up, in which players can climb up walls and perform some attacks with cat-like reflexes.

And we’re only getting started folks! Gamescom is also home to Donkey Kong Country: Tropical Freeze as well as an all new Professor Layton game! Did I mention The Wonderful 101 as well? YEAH, THAT’LL BE THERE TOO. Ooh, it’s so good. I only wish this type of magic was there from the start of the Wii U so that I don’t have to work up wanting to play the console after having not played for a long time. Oh, well. It’s finally on its way!