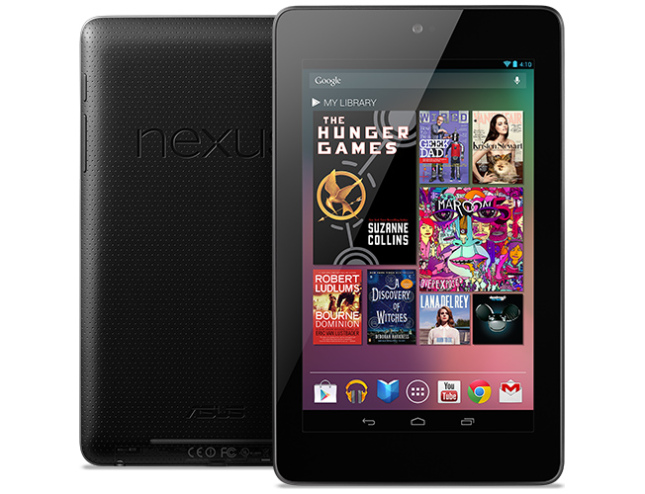 As the Nexus 2 7 release inches closer, so do the deals on the current gen Nexus 7. Previously, we brought you deals from Staples, and now more retailers are joining in, with the latest deal bringing the price down to $179 for the 16GB version and $199 for the 32GB version.

For the last few weeks, we have been hearing that Google and ASUS are working on a successor to the Nexus 7 tablet, that’s currently dubbed as the Nexus 2 7 but the final name could be completely different. While we are still unsure of complete details, rumors suggest that the new Nexus 2 7 will make it’s appearance sometime in July, hopefully, in the coming week. According to the rumors, the Nexus 2 7 will sport a 7-inch display, a Quad-Core Snaprdragon S4 processor, 4G capability, rear and front facing cameras and the all new Android 4.3 OS.

Even though the details regarding device are scarce, but it’s clear that different retailers are expecting a new device soon thus the different deals on the current gen Nexus 7. We’ve already seen many deals on the Nexus 7 via Staples and Office Depot.

Staples is currently hosting a Clearance sale on the Nexus 7 which means that the retailer wants to clear the stock before the arrival of the new device. Same is happening with other retailers but don’t let these cheap new deals tempt you into buying the Nexus 7 yet. Stay strong and wait for the new Nexus 2 7, you don’t want a year old tablet just because its $30 cheaper. We’re sure the new Nexus 2 7 will be nearly the same price as the current gen Nexus 7, so for $200 you can get the next-gen Nexus 2 7.

Avoid all the deals and wait for the new Nexus 2 7 to arrive, once the new tablet arrives then you’ll have two devices to compare and choose the one which you think is better. (Let me give you a hint, It’s going to be the Nexus 2 7)

The Nexus 2 7 is right around the corner, Google has planned an all Google event on 24th July, so we’re assuming that the Nexus 2 7 will make its debut along with the new iteration of Android OS. Just a week to go before you can get your hands on Google’s latest 7” wonder.