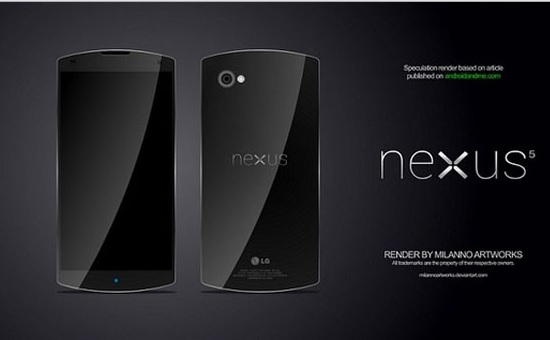 LG may return to partner with Google for the next Nexus phone this year. According to a new rumor, the Nexus 5 will be based on the LG G2 and should release in October priced similarly to the Nexus 4.

According to South Korean website MyDrivers which has broken the news, the Nexus 5 will start at $299 for an unlocked version, just like the Nexus 4.

The Nexus 4 has been a hugely popular device. It had remained out of stock for weeks after weeks owing to the huge demand. It sold out on various international editions of the Play Store within hours of release – within 15 minutes in the UK in fact. The handset’s cutting edge specs (quad-core S4 Pro, 2 GB RAM), coupled with LG/Google’s great pricing tactics ensured the device was a resounding success. No wonder perhaps, that the companies are returning together to partner on the Nexus 5.

As the South Korean site reports, the Nexus 5 will reportedly be based on the LG G2 – the company’s current flagship, and will share similar (but not the same) specs. This should include a quad-core Qualcomm Snapdragon 600 processor, 2 GB of RAM, and a 10 megapixel camera. The display is expected to be full HD 1080p, but we cannot confirm if it feature a 5 inch screen.

The Nexus 5 may also be the first device to be running Android 5.0, dubbed Key Lime Pie.

The LG G2, on the other hand, features a 5.2 inch full HD display. It runs on a Qualcomm Snapdragon 800 processor, complemented with 2 GB of RAM. The camera on the device is a superior 13 megapixel shooter.

As for the other features like design and build – there’s no information on whether the Nexus 5 will feature the same unusual positioning of the volume buttons like on the G2 – behind the device.

LG has been rumored to be the maker of the next Nexus handset on multiple occasions this year. But the company has previously denied any involvement with the Nexus 5. On the launch of the White Nexus 4, Kim Wong, Vice President of the company’s Europe divison, had denied any plans for the Nexus 5.

There are currently no plans for a Nexus 5 made by us. We don’t need that kind of marketing exposure anymore. The Nexus 4 was a great success, even with the supply issues and we have a great relationship with Google. But we won’t make the Nexus 5. – Kim Wong, Vice President, LG Europe.

Keeping all that in mind, you’d want to wait a while for more information to emerge, as Motorola too is rumored to be the maker of the next Nexus handset.