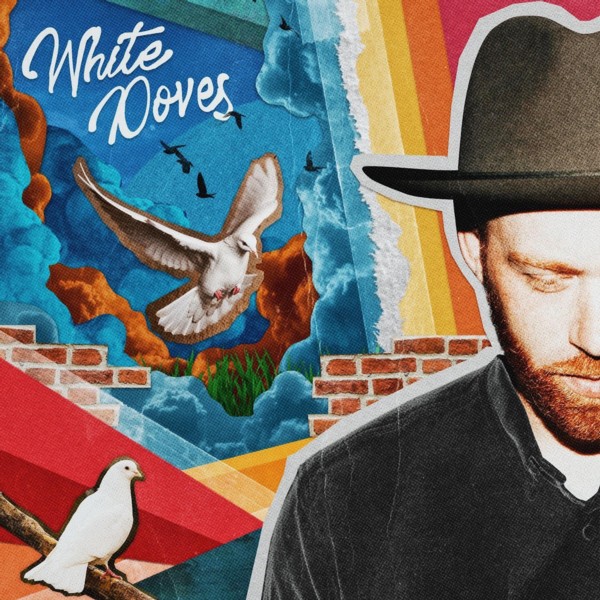 In support of the new EP, he is giving away an Arcade1Up PAC-MAN™ Countercade along with handwritten lyrics.

Avid gamer and hitmaker, Warner Music Group’s ADA artist Sam Tinnesz is known for developing alternative powerhouses like Ruelle and has a current Top 40 Dance chart hit thanks to his collaboration with pop staple Kygo. On Aug. 7, he releases his White Doves EP via ADA Worldwide.

Here’s the link to pre-save the EP and enter the drawing: https://samtinnesz.ffm.to/whitedovescontest

Please consider sharing this giveaway opportunity so your friends can be in on the fun too.

Often his love of gaming collides with his talent, as Tinnesz’s own song “Wolves” has been used in an Apex Legends commercial. His “Fire It Up” with Ruelle landed in the 2019 Xbox E3 trailer, plus he has a major game trailer coming up that he can’t talk about, yet.

“I’ve been a huge gamer since I was in middle school, so when it came time to build my dream home studio, video games had to be part. I love classic games, so I put in two Arcade1up cabinets. The first one I got is street fighter II turbo and then Pac-Man! A lot of times when I’m stressed out and I need to get my mind off something or if a producer is working with me and finishing a track, I play the arcades in my space.”

As a gamer, Tinnesz has had everything from SNES to Nintendo 64 and PlayStation (OG version) to his most current gaming system -the Nintendo Switch. “I’ve been obsessed with Zelda: Breath of the Wild and haven’t been able to play much else other than that and Mario Kart!”

Tinnesz’s White Doves is the second half of a full-length record about the duality of life. While the first half, Warplanes, features the 100+million-times-streamed “Play With Fire” and focuses on the darker themes of life (hate, anger, violence, etc.), the new EP is about justice, peace, love, family and all the good things about life. The EP includes a modern-day anthem for today’s civil rights movement influenced by Martin Luther King Jr.’s “We Shall Overcome” speech.

White Doves streams seamlessly between multiple genres, including rock, EDM, folk, pop and alternative, all flowing together in a sound that resonates with fans of Tinnesz contemporaries like Imagine Dragons and Twenty One Pilots.

Recently featured in Rolling Stone, Forbes, American Songwriter and more for his “Better Together” anthem (which is currently being used in CBS This Morning video promos), Tinnesz’s “Run With The Giants” from White Doves is set to impact AAA, Alternative and Rock radio. Having released massive, hard-hitting anthems like “Legends Are Made” and “Ready Set Let’s Go,” the new single is a wild blend of pop rock with EDM-flavored drops that take the listener on a unexpected ride of musical twists and turns.

Along with the radio single, the White Doves EP includes the first digital single, “Overcome (Feat. Que Parks),” a modern-day anthem for today’s civil rights movement influenced by Martin Luther King Jr.’s “We Shall Overcome” speech. A gritty, soulful, blues-laden anthem about injustice, mistreatment and struggle, the song’s inspiring, mountain-peak chorus is an anthem of hope for the voiceless and overlooked.

“It’s a hard time. People are losing jobs, loved ones and experiencing countless other hardships,” reflects Tinnesz. “These are scary and unsure moments, but I believe the spirit that has made us [America] so incredible for dreamers and entrepreneurs is the same spirit that will get us through this and help us to overcome.”

Recognizing that he is not singing just his own story, but channeling another’s, Tinnesz invited Que Parks to bring his unique story and perspective as a POC in America to the track. A yet to be discovered rapper, Parks hopes his music brings unity and change to the world around him.

“Being black in America is a constant war,” says Parks. “I was raised on the East Side of Nashville in a predominantly black community where each day presented obstacles. ‘Overcome’ reminds me of the fight that is still at hand in today’s time. Creating unity in a world that is divided and shedding light on matters that are taking place in current times: the fight for Equality, and the end of racism.”

The EP also features the Sean Hagwell directed video and Jeremy Lutito–produced lead track, “Brother,” which was co-written with fellow hitmaker K.S. Rhoads. “The Johnny Cash influenced raw-finger-picked acoustics mixed with a thumping heartbeat like kick drum give you the feeling of being deep in the woods after midnight,” says Tinnesz of the song, adding that it “is a call to someone close, who’s lost and far from who they really are.”

how long will you run

you’re not what you’ve become

walking up there on a wire so high

you know there’s only one way down

I can’t save you now

You have most likely heard the voice and music of Nashville-based alternative artist Sam Tinnesz and not even known it. This is because his songs often find homes in the most widely viewed shows on television like Riverdale, All American and World of Dance, in pro sports broadcasting from the NFL, NBA, NHL, MLB and UFC, and in national ads for companies such as Toyota, Samsung, Jeep and Target, and many more. From his exposure in TV and film, he has amassed an impressive fan base- rabid and waiting for the next musical offering. These fans have earned Sam massive streaming numbers like over 100 million streams on “Play With Fire,” over 200,000 subscribers on YouTube and a monthly reach of over 2.1 million listeners on Spotify.

While Sam skillfully crafts his own artistry, he has also managed to lend a hand to other giants in the TV and film genre, such as Ruelle (2018 Billboard No.1 most synced artist), Fleurie and Tommee Profitt. The evolution of Sam’s writing in 2019 and 2020 has led to impressive pop cuts and features with artists like Kygo (“Don’t Give Up On Love (feat. Sam Tinnesz)”), Banners and Daniella Mason. As a wholly independent artist, Sam has amassed over 170 million streams on his debut Babel LP, and looks forward to releasing a highly anticipated new album in 2020 with the support of Warner Music Group’s ADA.

In addition to his music, Tinnesz is hosting his “Battle Talks” podcast, with his latest episode featuring Brandon Boyd (Incubus) premiering on SPIN’s IGTV. Other artists he has interviewed for the podcast include Filter / Nine Inch Nails’ Richard Patrick and Korn’s Brian “Head” Welch.