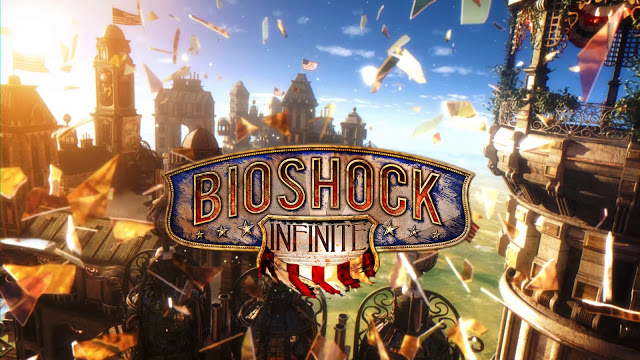 Irrational Games, the developers behind the hugely popular BioShock and BioShock Infinite have just announced 2 of the 3 DLC packs they are putting out for BioShock Infinite, as well as a general idea regarding the third. Just let me say, these look freaking awesome!

The first BioShock Infinite DLC pack is titled, “Clash in the Clouds” and you can get your hands on it right now. That’s right, it is already available for download for $4.99 (400 Microsoft Points). If you decide to download this pack you’ll get 4 new maps in a survival mode. See how long Booker can last up against hordes of Bioshock Infinite enemies and compete with your friends online. You can complete challenges that will unlock achievements, and your scores can be posted online.

By far, the more exciting half of the announcement has to be the “Burial at Sea” DLC pack. Fans of the original BioShock will be excited to hear that it will be taking place back in Rapture, the setting of the first BioShock. If you watch the trailer, you’ll notice something a little different about Rapture. It’s in pristine, Utopian condition, far and away from the state it was when we went little sister hunting in it. We see both Booker and Elizabeth in the trailer, but according to the voice over, she may be playing temptress this time around. We see Elizabeth puffing away on a cigarette, as Booker tells us that she promised him “a way out.”

The throwback to the original BioShock will be broken into two separate chapter. The second chapter will be the third DLC pack for BioShock Infinite, and will wrap up the Rapture story featuring our more recent hero. Apparently the popularity of Elizabeth was not lost on Irrational Games, since you’ll be playing as her through the second chapter. No word as of yet regarding the release date of the second Rapture chapter.