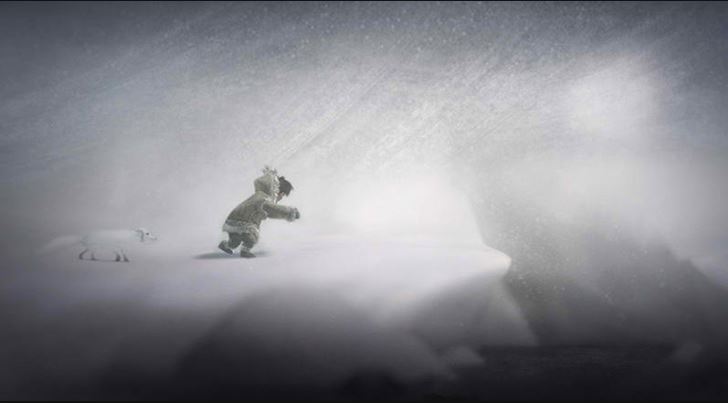 Upper One Games, a partnership of Iñupiaq elders and games developers, title Kisima Inŋitchuŋa (Never Alone) will be released on PC, PS4, and Xbox One this fall.

“Never Alone features co-operative and single player modes and will have encounters with traditional characters from the Alaskan Native Folklore,”

“This is the first in a new category of games — games which draw fully upon the richness of unique cultures to create complex and fascinating game worlds.

Upper One Games paired world class game developers with Alaska Native storytellers and elders to create Never Alone (Kisima Inŋitchuŋa), a game based on stories that have been handed down for thousands of years. A game which delves deeply into the traditional lore of the Iñupiat people to present an experience like no other. An atmospheric puzzle platformer of wondrous adventure. A game of survival in a place where survival shouldn’t be possible. A game that opens a gateway to explore what it means to be human.”

Although there is no set release date, the game will cost $14.99 on release.

Upper One Games, LLC is the first indigenous-owned video game company in the U.S.