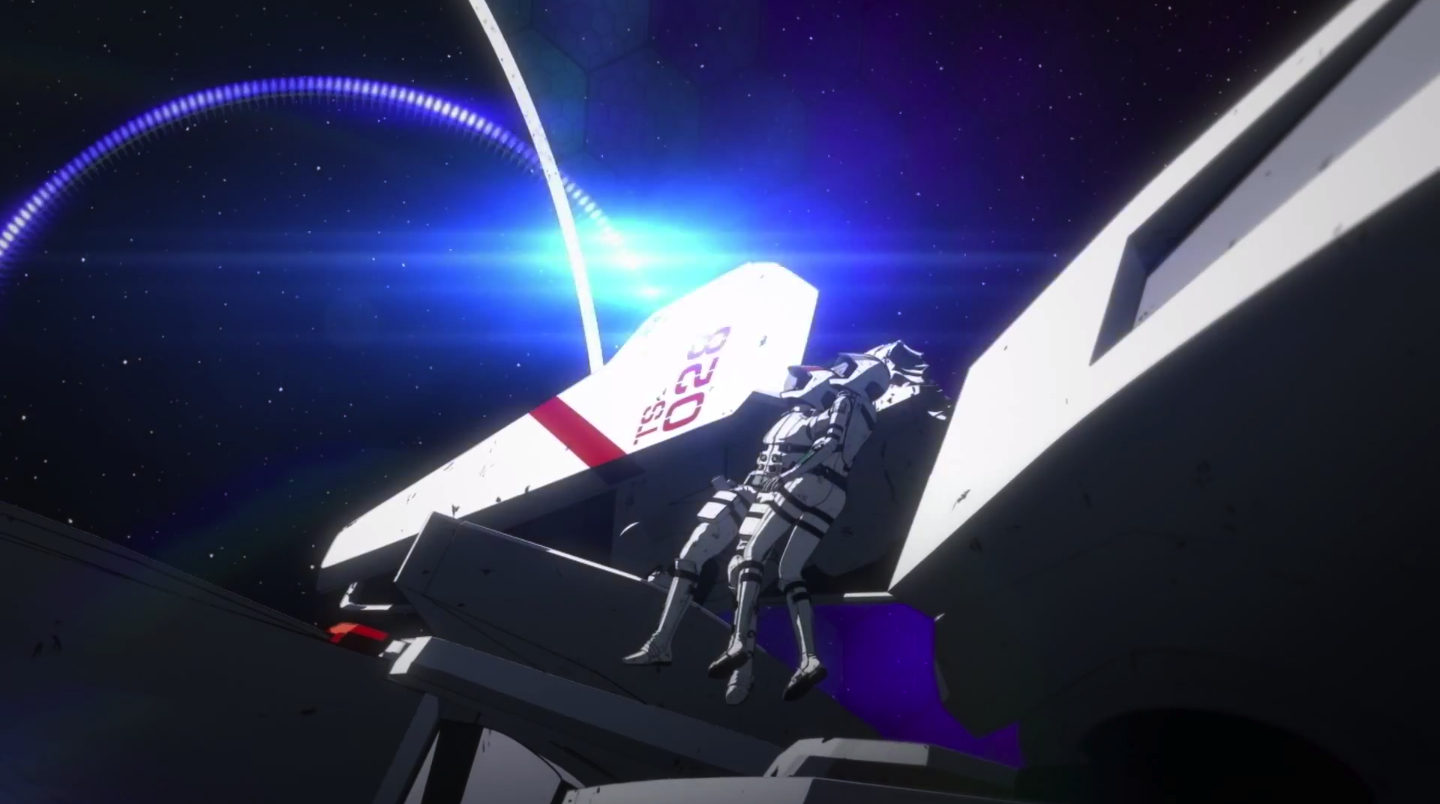 It’s an understatement to say that Netflix have been fairly successful with their original series, and given their track record, the people of Netflix seem to have a good sense of releasing intelligent series that appeal to the general masses’ tastes. Therefore, Knights of Sidonia might be worth checking out whether you’re a massive otaku or not.

Netflix has just released the trailer, and so far, KoS is all kinds Gravity meets Neon Genesis Evangelion. Born from Blame!‘s Tsutomu Nihei’s ongoing manga of the same name, KoS follows a darker humans-in-space plot that tells you what may have happened in Wall-E if alien invasion were involved, and the humans found a way to survive through human engineering instead of Buy ‘n’ Large milkshakes. Human survivors of the now destroyed Earth grasp for life in what may be the last human settlement–the spaceship of Sidonia. Now, the faith of humanity’s existence relies on Nagate Tanikaze and the Guardians as they fight against shapeshifting aliens called Gauna. In true anime fashion where humanity must protect itself from the unknown (see Attack on Titan), there is really very little known about the Gauna except that they are out to wreck havoc and destroy humans altogether. Fortunately, with Nagate’s combat skills and mastery of the Evangelion Guardian, humanity may have found hope.

What this could mean for the future of anime in Netflix

Produced by Polygon Pictures, the series ended its first season in Japan on June 27 with the promise of a second season. While existing KoS fans await for November 23 for a sneak peek of the second season, Netflix will be bringing all of the first season’s 12 episodes to your computer screens with subtitles and dubs on July 4. It is the first time Netflix has localized its own anime series, which makes you wonder about the success of its current anime line-up on Netflix.

Otakus of Netflix, rejoice! You have made your presence heard!

Being a streaming service that mostly caters to tv shows and lots of straight-to-video movies, it comes to a surprise that Netflix would be investing in animated shows, let alone Japanese anime. With the current attention for the Summer 2014 anime line up being video game influences (see Sword Art Online 2) and a 90‘s anime revival (see Sailormoon Crystal and DragonBall Z: Battle of Gods), Netflix is certainly taking its chances with the sci-fi mecha genre. Is it filling a much needed niche this summer? With last year’s Pacific Rim and its sequel in 2017 as well as rumors floating around for a possible live action Gundam movie, Netflix may really be onto something. Space adventurers and mecha fans, it’s time to make yourself known with Netflix! If KoS can reach the ratings of House of Cards and Orange is the New Black, we might find ourselves with more Netflix anime titles in the future.

Currently, Crunchyroll has reported that Cristina Vee, Erin Fitzgerald and Todd Haberkorn have been confirmed as dub actors for the series, and for those looking into the visuals, this trailer is looking mighty fantastic with its space backdrop complete with sneak peeks of the Guardians. It will be interesting to look out for Tsutomu’s style of incorporating architecture and cyberpunk influences as he is most known for.

Better keep your 4th of July weekends open because it’s time for another Netflix binge weekend.

Aereo Ruled Illegal, But Innovation’s Not Dead Yet