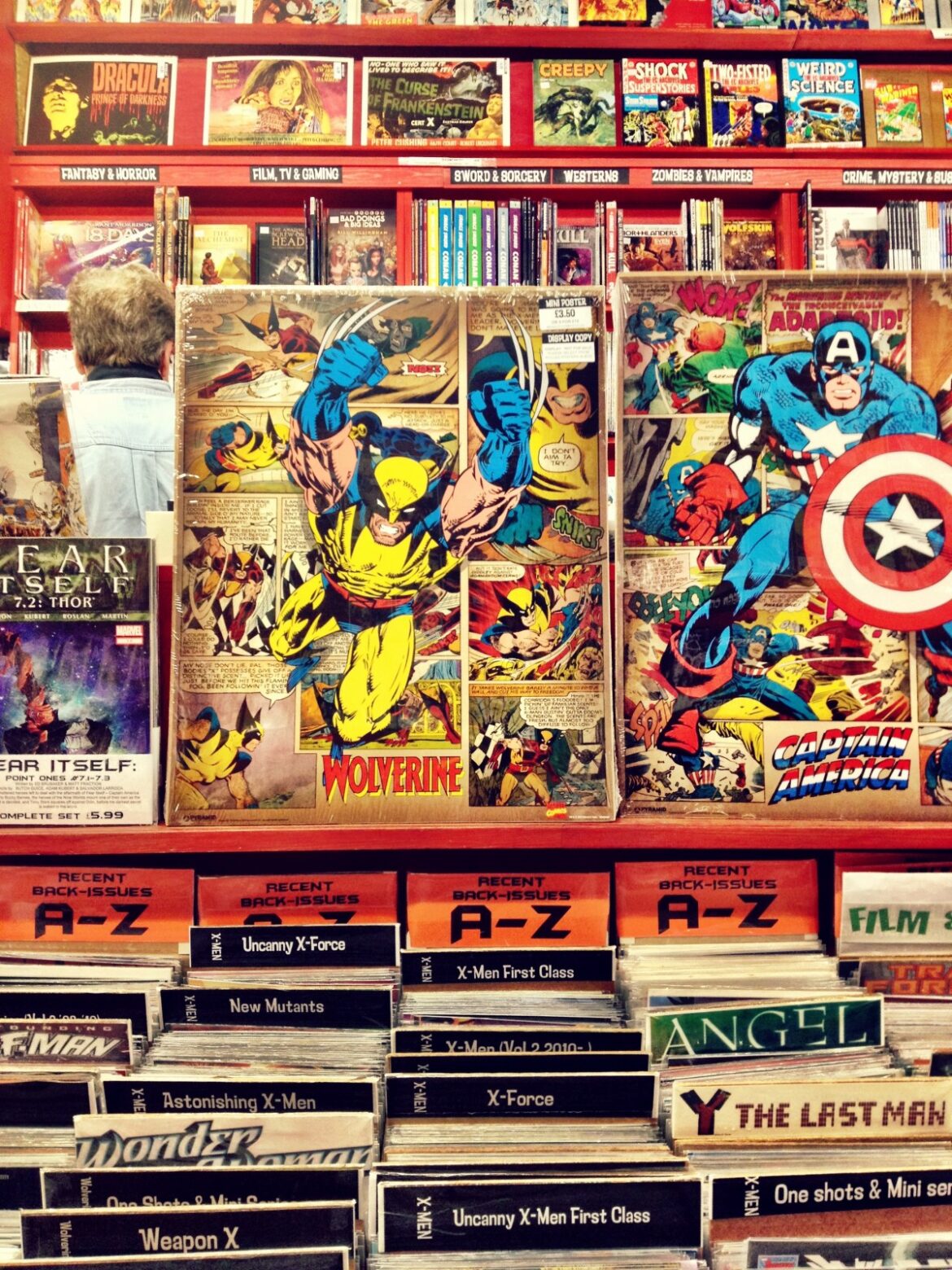 Reading comic books is the best way to explore new stories and reconnect with an adorable old tale. Most of the comics are filled with jaw-dropping artwork and visual color to keep you engaged and provide the big picture. So, if you’ve yet to read one, you’re definitely missing out, and there’s no better time to dive in than now.

However, with the numerous titles and genres available today, you might need to find the best comic for you to begin with and catch up asap. Start with the comics discussed below, and you’ll see your TBR list skyrocket before you even realize it.

The patriarchy-smashing and sharply funny graphic novel by Maggie Tokuda-Hall brings together Teen Wolf and Pretty Little Liars. The comic features a school newcomer named Becca in an elite San Francisco suburb, who’s immediately adopted in a group of secretive werewolves. Becca is also eager to become a werewolf and quickly allows her own transformation onto one preying slim boys. However, things turn complicated as girls’ group morals get muddier, and Becca starts to fall for one of them.

While you may have heard of a TV series sharing the same name, there’s a significant difference between the comic and the film to warrant reading the former. Even fans who have already watched the TV show find the 193-issue series interesting, mainly due to its different interpretations and new characters. While both productions feature a group of apocalypse survivors sojourning across the US, the different depictions of popular characters make the comic an engaging read, especially for beginners. Besides, the comic book delivers a stylized and emotional story that welcomes new readers with open arms.

The graphic book welcomes readers to the dynamics of the age of the internet. It features Allison, a fugitive of her manipulative father, who finds herself lost as she leaves her friends behind. Allison later meets a fierce punk named Tina, who takes her to a different world altogether. Generally, the graphic novel focuses on making connections when you feel lost or like your world is falling apart.

The four-issue miniseries written by Frank Miller features an aged Batman as he finds his way to his mantle. The iconic comic book is considered one of the greatest stories within DC comics delivering a gritty and grounded story in the 80s in an effortless way for beginners to catch up. Besides, reading the comic book will help you understand Gotham City and Batman’s friends and relatives.

The comic book follows the mostly forgotten Clint Barton as he protects his community from the numerous threats in New York City. Hawkeye would be the best read for you if you’d like to understand the Marvel Universe better, as it is grounded to introduce you to the main characters and features.

The comic book follows Clark Kent in his pre-Superman state and how he developed to become today’s Man of Steel. The seven-issue book provides different chapters of Clark’s life, from his childhood development to his relocation to Metropolis. Generally, the book helps new readers and veterans to see Superman from a different perspective.

This epic encompasses elements of fantasy, comedy, romance, and sci-fi as “Game of Thrones” meets “Star Wars.” Saga focuses on Alana and Marko as new parents struggling to raise their newborn amid numerous death threats from every corner. Brian K. Vaughn depicts ethnicity, love, and gender roles, making it one of the best sales. If you start reading the book today, you can easily catch up as the series just resumed the next installment after a long hiatus.

The famous Alan Moore maxiseries is a critical analysis and a deconstruction of the superhero genre that follows a group of superheroes trying to stop World War III. Watchmen served as an excellent introduction to graphic novels and comic books and was named the most remarkable novel of all time by Time Magazine.

The Monkeybrain Comic book by Paul Tobin and Colleen Coover features Bandette, a teenage thief terrorizing the Paris underworld making enemies and friends alike. The comic book has won several awards mainly due to its simplistic, fun storyline and art style, making it a perfect choice for new readers.

Scott Pilgrim vs. The World

If you’re looking for an easy introduction to comic books and a great time reading, the Scott Pilgrim vs. The World is the fun-spirited, heartfelt, and hilarious read for you. The comic tells the story of a musician who finds the girl of his dream but must ward off seven evil ex-boyfriends who distract his plans to win her. This comic shares the same name as the 2010 Edgar Wright film, a loyal adaptation with a different plot and theme.

The Archie story depicts a sudden end of a long-time relationship between Betty Cooper and Archie Andrew after a “lipstick incident” in a sleepy Riverdale town. The series focuses on the characters’ relationship delivering an emotionally layered story through beautiful artwork in each panel. New readers can quickly adapt to the book by watching the CW series “Riverdale” with the same characters.

The title focuses on retired DC Universe heroes, including Wonder Woman, Superman, and Batman. Kingdom Come features Justice League members coming out of retirement to help the new heroes that had taken over. The return of the Justice League seeks to find a balance between good and evil. The comic requires you to have some basic knowledge of the DC Universe, especially Batman, Wonder Woman, Superman, and Shazam (Captain Marvel). The beautiful books art by Alex Ross accompanies the fantastic storyline to provide a realistic and breathtaking interpretation of these superheroes.

The Fresh Prince Gets a Fresh Look in...