Home News The Movitz: An Electric Ferry That Can Charge in 10 Minutes
News

The Movitz: An Electric Ferry That Can Charge in 10 Minutes 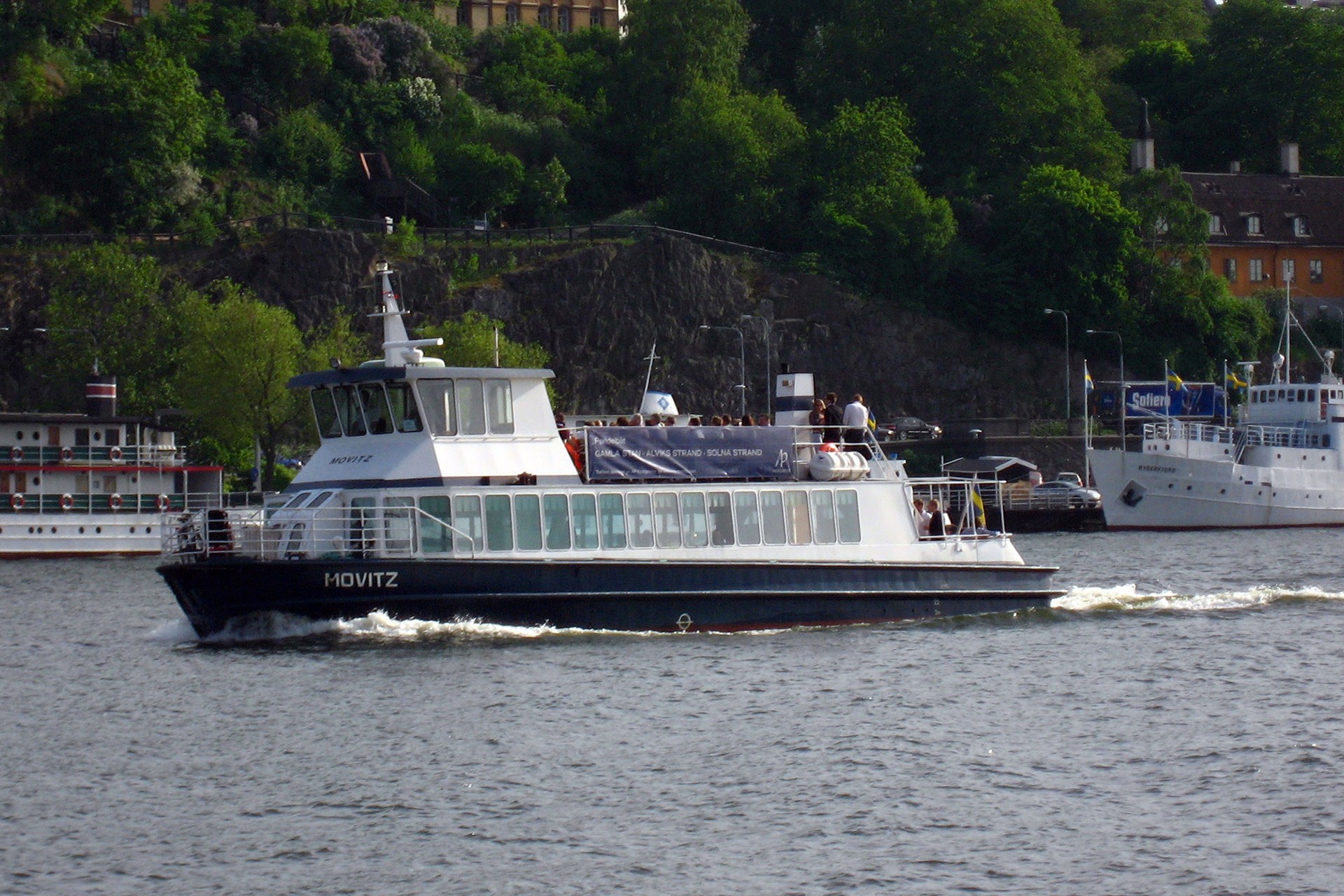 There’s a new must-see vacation stop for the world traveling geek: Stockholm. In the grand tradition of Europe being better than us, a company called Echandia Marine is now replacing an existing Stockholm ferry’s 335 horsepower diesel engine with two environmentally friendly 125 kilowatt electric engines. Unlike an electric car, however, the Movitz won’t have to be plugged in for hours to regain battery life. In fact, the miraculous passenger ferry will take only 10 minutes to gain enough charge to make it’s usual one hour trip, making your cell phone look impossibly slow in comparison.

According to Digital Journal, the Swedish Energy Agency gave a grant to the startup Echandia Marine in 2012 as part of an effort to encourage the production of more electric vehicles, and boy did they run with it. Not only is the ferry battery-efficient: the new electric engines will have zero CO2 emissions, which is 130 tons less than the old diesel engine pumped into the atmosphere every year.

The ferry is 75 ft long and can carry up to 100 passengers at a speed of 9 knots between Solna Strand and Gamla Stan in Stockholm. One engine will be placed on each side so that the ferry can maneuver easily. The ferry’s amazing nickel metal hydride batteries allow it to be recharged while the passengers are unloading and re-loading, creating quite an efficient routine. Electric vehicles might have a reputation for costing a lot, but running the new electric ferry will actually be significantly cheaper than the diesel system, costing up to 30% less than the old operation. Electric ferries are definitely a step in the right direction, and if the operation is a success, other companies might want in on the action.

While global warming might not be making as many headlines as it used to, it isn’t slowing down. The White House recently released statements that sounded more like more like the script of a cheesy disaster movie than a dry political report, with warnings that climate change is already here and only getting worse. Droughts, floods, wildfires, rising sea levels, and terrible storms are, according to the National Climate Assessment, becoming more frequent and damaging due to humans’ effect on the environment. Trying to limit CO2 emissions is more important now than ever and every little bit counts. Let’s hope that more countries follow Sweden’s lead in looking for ways to go about everyday life without destroying the planet.

Fighting the NSA: Reset the Net