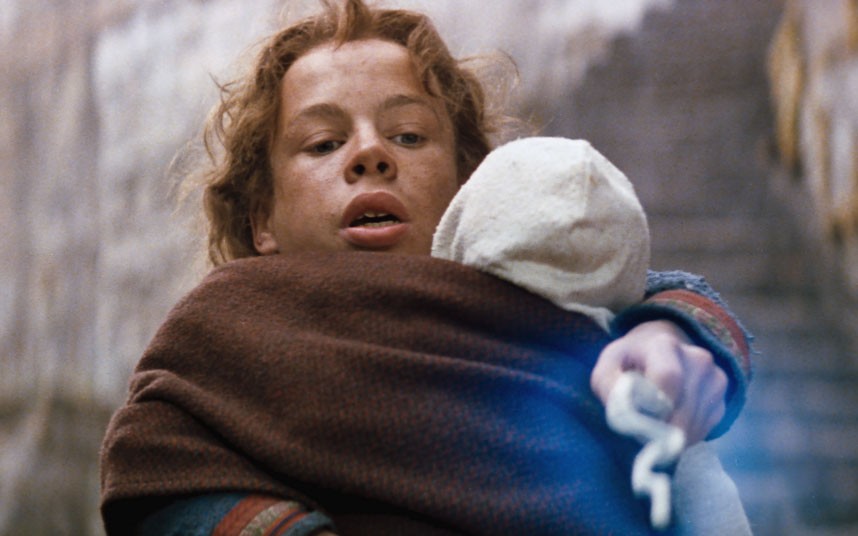 The list of Great Movies is almost endless. There are so many movies out there that touched our hearts and made us laugh and cry along with the characters. Movies in which it was almost painful to watch the screen fade to black and the credits begin to appear because we wanted more from the characters, more from the story, just MORE. Below are movies that absolutely deserve a sequel. Just a little bit more so we can get that quick fix we’ve been jonesing for these past few years.

This is still one of my favorite movies. It includes action, adventure, dwarves, brownies, and, of course, Val Kilmer! While the movie is a “family film” aimed toward children, it’s good enough too be enjoyed by adults too. The movie finishes with all ends wrapped up, buuuuut Elora is still just a baby. We could have a sequel set years in the future, when Elora is grown! And I’ve seen enough fantasy movies to know that the bad guy can always come back. No matter how dead they seem to be in one scene/movie, they somehow manage to come back with even more power than they had before. We never actually see Bavmorda die, she just turns into a red puff and gets sucked out the ceiling. She could easily re-materialize to battle Elora later on down the road.

Galaxy Quest got a really bad rap when it was in theaters, but I don’t understand why; the movie was hilarious! I loved it when I saw it at thirteen, and I love it now. There were so many big names in the film; you’d think that alone would have given it more cred’ when it was released. The storyline really gives us a lot of set up, which leaves room for more movies to follow with more adventures. The movie was a bit of a Star Trek spoof, but that just added to its endearing quality. Galaxy Quest was good, and all the characters could have easily gone on at least one more adventure together.

Clearly, I have a thing for dwarves! This movie had so many high points, but then it was like they forgot about the ending and just had to wrap things up in a hurry. Orrrrr they had planned a sequel all along but ran out of money? So many things are left unanswered! Why is Sean Connery now in the real world as the firefighter? What is going to happen to Kevin now?! I mean, his parents literally just blew up, leaving him as an orphan. Why doesn’t Sean Connery come back and take him in as his adopted son? This movie needs a sequel, not only because it was pretty awesome the first time around, but also because I absolutely have no closure about the whole thing.

This movie is seriously HILARIOUS. I don’t know exactly how they could make a sequel off the same storyline, but perhaps just all the same characters a few years later. The movie is so real, yet so funny. It reminds me a bit of a Todd Solondz movie, and his way of making the normal trials and tribulations of life seem so entertaining to those of us who aren’t living in that situation right now. I saw this movie when it premiered at a film festival and was so taken with it that I had to have it. Anyone who is a geek, nerd, or dork at heart, should be able to connect with this movie. I want more. Plus, I have a total crush on Jeremy Sumpter and Justin Long, so more of those two sharing screen time is right up my alley!

This movie, based on the book series, was so great! Brad Silberling does a fantastic job of interpreting the dark and mysterious world created in the novels and transferring it to the big screen. And Jim Carrey was just as creepy as Count Olaf was in our imagination. The books are wildly popular, and the movie was also good as a standalone film. I don’t know what happened as to why the film franchise stopped after just the first one. The rest of the books are just as weird and strange as the first, and it would have been interesting, if nothing else, to see the world come to life before our eyes.

Firefly only lasted one season, but its fans stayed true and two years later we were blessed with Serenity. An hour and fifty-nine minutes to reconnect with our favorite characters and feel like we were watching the show all over again. And now, eight years later, we are still left hanging on. Clinging to the hope that there will be more. There was so much potential to expand the plot and characters in another movie or four. Or even–and here’s a crazy thought–skip the sequel and just BRING THE SHOW BACK.