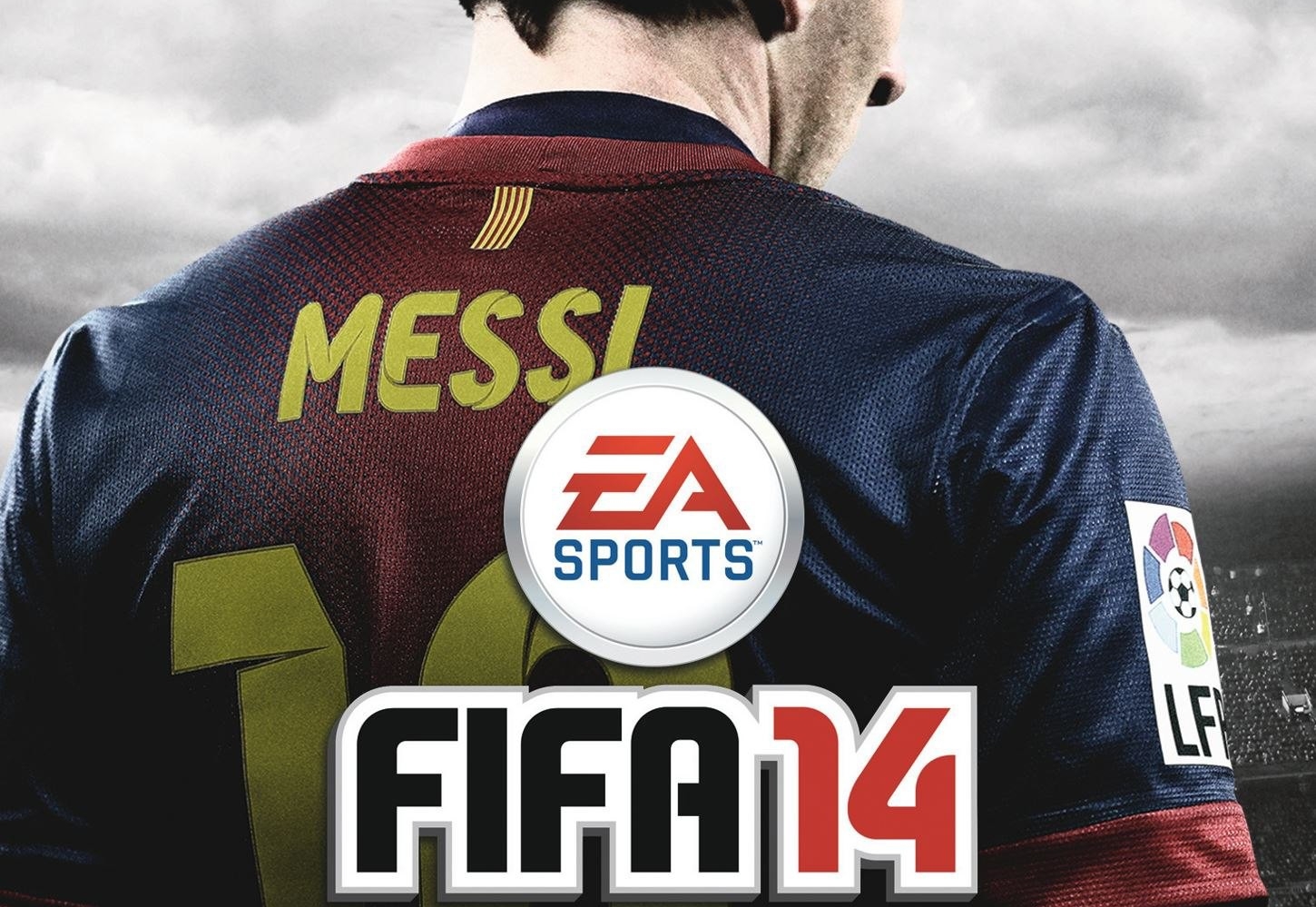 So FIFA 14 is here. We all know what that means. It means a bunch of people complain about the changes before playing for a couple of weeks and realising that the changes are actually an improvement. Every. Single. Year. That said, FIFA 14’s changes are the most radical we have seen since FIFA 10. This has led to much frustration amongst veteran FIFA players who are struggling to adapt to the changes. Of course, since its release just over a month ago, we have already had a couple of major updates. Both headers and finesse shots were horribly overpowered on release; you were basically guaranteed a goal when you attempted either. Through-balls were similarly overpowered, slicing through defenses and sending players through on goal far too easily. Fortunately, all three have been altered by a series of updates. What we are left with, once you get used to all the changes, is the most rounded football experience to date. 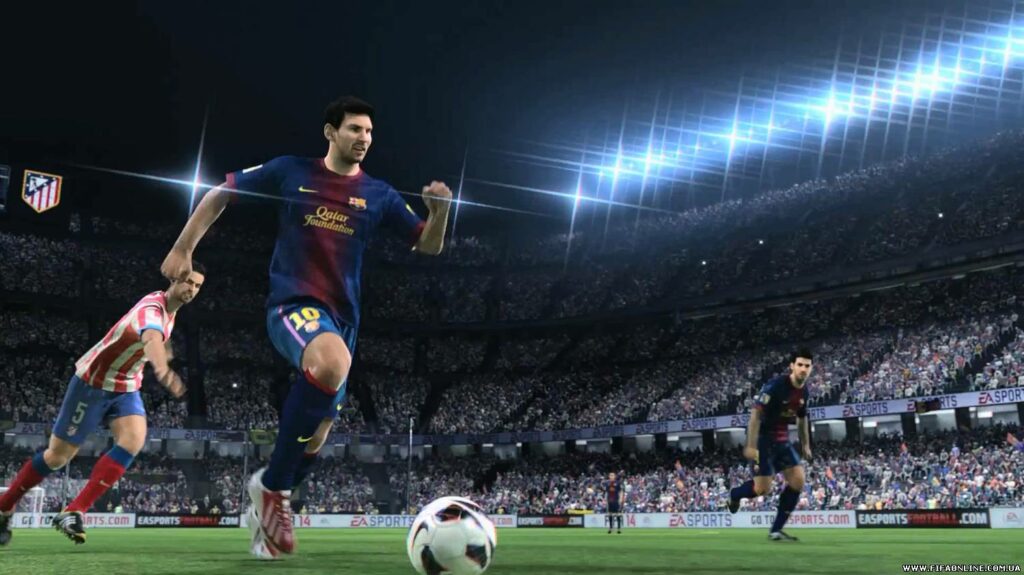 So, what are all these changes that I keep harping on about? It’s significantly slower, for starters. Speedsters like Walcott, Biabiany and Lennon  no longer dominate attacking exchanges. This is important to recognize, and, while they still have their uses, it makes for a far more balanced game. The new movement system EA has brought in means that even the quickest attackers can be caught if momentum favours the defender. This has given a new lease on life to players with other attributes apart from speed, such as Van Persie or Ibrahimovic. This new emphasis means these players are more useful than in previous iterations of the game.

It is also far harder to play keep-ball in the middle of the field than it once was. Pinging the ball along the floor in little triangles is no longer a realistic strategy. Passes are slower and defenders are quicker to intercept. This is a steadier, more thoughtful FIFA. It is no longer an end-to-end affair, attack after attack. The build-up is slower and goals are harder to come by.

In this series, I shall provide FIFA 14 tips and strategies to enable you to dominate your opponents in online play. Please bear in mind that I am assuming you already know the basics of passing, shooting, and defending. I should say that I normally play as Arsenal for no other reason than they are the team I support –  there are far better teams to play with at that level (such as PSG or Dortmund.) Because of this, I shall refer to Arsenal players throughout this guide. Don’t let that put you off. The lessons here can be applied universally. Moreover, this is by no means a complete guide to FIFA 14, rather a collection of tips and strategies that I have employed to good effect over the last month or so. Let’s begin:

The one-two. The give-and-go. The pass and move. This is the bread and butter of FIFA, and there’s a lot to be said about it. If you play to any reasonable level at all, you know this move. When passing, press A and LB. This causes the passing player to release the ball and then sprint down the pitch, towards the opponent’s goal. This a really effective tactic considering players in FIFA 14 don’t make particularly aggressive runs. The simplest form of the one-two is on the wing: you pick the ball up with your winger, play it inside with LB+A to your midfielder and then, once your winger has made the run down the line, find him with a through-ball (Y). This basic principle can, and should, be used all over the pitch. If your striker receives the ball with his back to goal, pass it backwards to a midfielder again using A+LB. This will cause your striker to attempt to spin in behind the defense and, if he’s quick enough, you’ll be able to find him with a lofted through-ball. (Y+LB) Viola! You’re through on goal. Watch out for the offside trap here, though; the returning pass needs to come quick enough so that your striker isn’t caught offside.

As a consequence of it being harder to play keep-ball in midfield, one-twos have become a useful method of playing through the middle. You’ll need a deep-lying midfielder with a little bit of acceleration. I tend to use Wilshere for this. Again, pick up the ball and play it with A+LB to your second midfielder. Allow enough time for a short run to be made through the middle and tap Y or A to play it back to him. If done correctly, this will take out the opposing midfield players in one simple move. Suddenly, your midfielder will be running straight at the defense with your strikers and wingers (hopefully) peeling off either side.  Using this method you should be able to play lovely little one-twos all the way up the pitch. 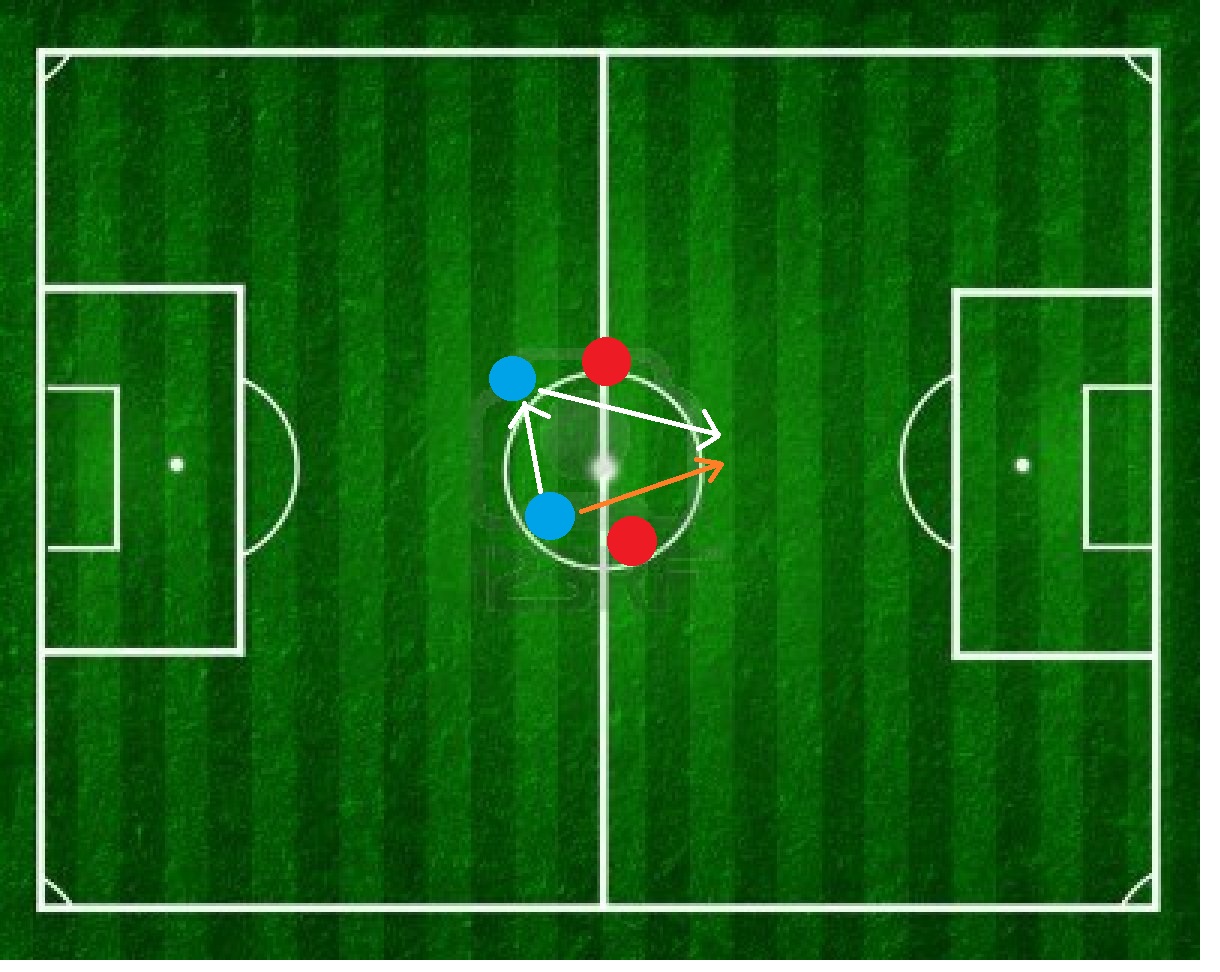 You should experiment with this move. Try it even with central defenders. Imagine you’re 0-1 down and you’re chasing the game. Play it out with your defender, preferably the one with the best heading stat, again using A+LB. Your defender will go charging up the pitch to the opposition penalty area. You’ll need to work the ball quickly into a crossing position and, if timed correctly, you’ll have an extra body in the box to apply a headed finish.

Remember, just because you’ve played a one-two, it doesn’t mean you have to pass it back every time. In fact, a good opponent will be wary of this tactic. He’ll counter it by tracking your player’s run with one of his defenders. If this happens, don’t worry. You don’t need to play the pass. The fact is, in tracking your run, he’ll have made space available for you to run into. If you’re given this opportunity, take it; you’ll likely find yourself running into dangerous positions, enabling a shot at goal.

Once you have mastered this technique, you may want to experiment with multiple runners. This works in the same way, except you can have several players making direct runs. This opens space all over the pitch and, unless you’re playing against more than one person, they’re almost impossible to track successfully. It works in much the same way as the ordinary one-two, except instead of sending one player on a run up the pitch, you send several. Use LB+A to play the ball inside with your winger, to you midfielder. Off your winger goes. Do the same thing with your midfielder and play it to your striker (hopefully one with some strength to hold up the ball). Now you should be in a position where you have the ball with your striker with his back to goal. You’ll have a winger bombing up on one side, and a midfielder running towards you. Clearly, this is a good position to be in and you have a multitude on dangerous options to choose from. Bounce the ball back to your midfielder and spin off in behind. Hook the ball out wide to your winger. Or perhaps your opponent has tried to track your wingers run, opening up space for you to turn and have a pop at goal.

All in all, the one-two is an extremely effective tactic in FIFA 14. You should be making as much use of it as possible. There’s almost an infinite number of ways it can be deployed successfully. Practice and experiment with it. Once mastered, it’s one of the most dangerous attacking tools you have at your disposal.

That’s all for now, join me next time for even more FIFA 14 tips and strategies to help your dominate the opposition!