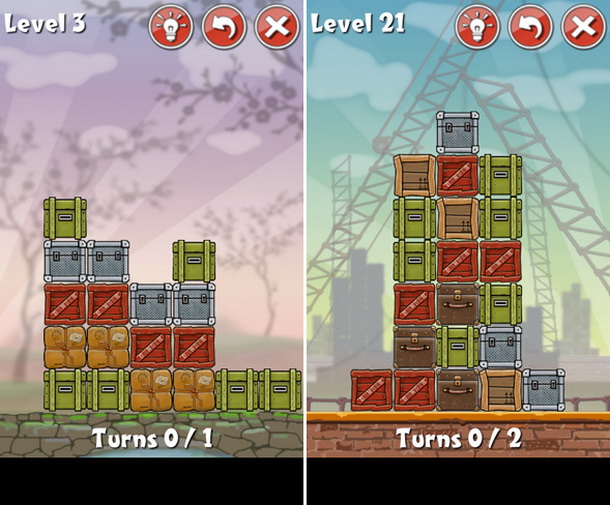 Most of us welcome puzzle games because they have a way of engrossing us and challenging us as well. If you have ever played ‘Bejeweled’ or ‘Cut the Rope’ in the past, then ‘Move the Box’ is what you need to try next. This puzzle game for Android (also available for iOS) is a simple, but very entertaining game with many good aspects worth mentioning. While the free version of the game is exciting enough, the Pro version takes the excitement to a new level altogether. Find out what’s actually there in the box:

Find boxes in different designs and colors stacked on your Android screen. What you need to do is bring at least 3 similar boxes in the same line (in a row or column) to make them vanish. You must clear the dock by eliminating all the boxes to move to the next level. So, what’s the catch? You are allowed to perform this task in a limited number of moves. Here comes the logic and fun that will keep on enhancing, as the difficulty level increases as you progress.

Move the Box is one game that can be appreciated, not only for its intriguing gameplay, but also for its visually pleasant interface. Originally, the free version had 144 levels for 6 different city themes (each having 24 levels). The cities included Boston, Osaka, London, Paris, Shanghai and Hamburg. Later on, one more city theme for Rotterdam was added, thereby increasing the number of levels to 168. 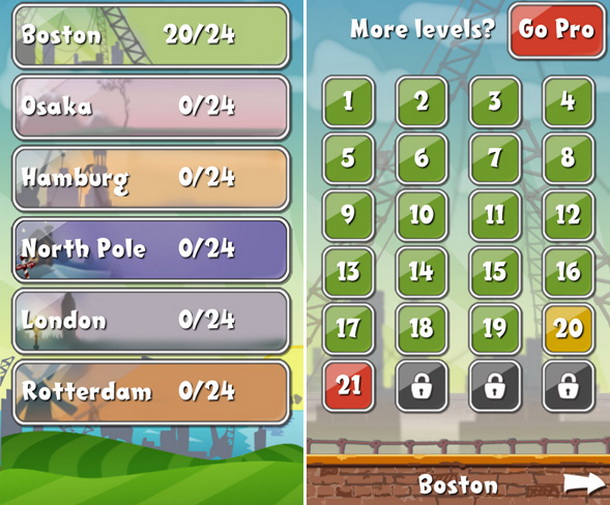 Move the Box for Android

The buttons are shiny, the backdrops are artistic and the background music is perfect to set the game’s mood. The game begins with the city theme of Boston, which is quite simple and can be used as a tutorial to understand the gameplay. A small menu can help you perform actions like music and sound, on or off. The game also allows the player to undo the previous move, which to me was a great advantage.

The Pro version of Move the Box only costs $0.99, and in my opinion is worth it. What you get through the paid version is the Arcade game mode, and two additional city themes. Move the Box is one game that blends the fun of analyzing and solving puzzles, by developing logics. It may appear simple in the beginning, but will challenge you with hard puzzles later on.

I loved it, and if you love puzzle games, I think you will love it to. If you are worried about paying a buck, stick to the free version instead. Also, don’t forget to share your views once you are done playing Move the Box.

5 Reasons to Have a Geeky Boyfriend