5 Reasons to Have a Geeky Boyfriend 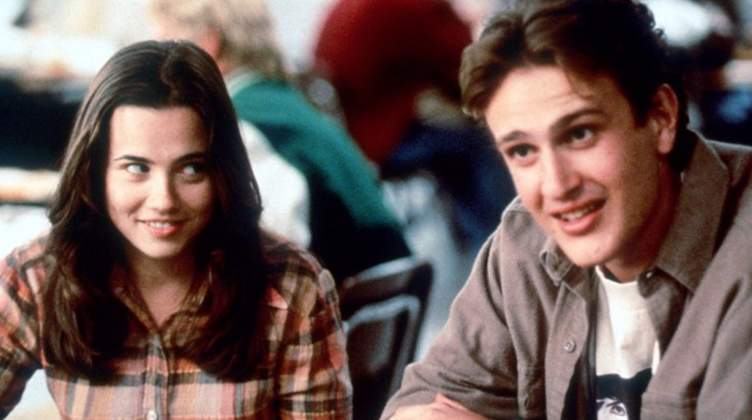 Girls, let’s face it: surely you’ve thought of the possibility of having a romantic relationship with a geeky boyfriend before? If not, then, here are five reasons to think about it now.

In this crazy world we live in, guys are placed on both ends of the spectrum. There’s the buff, tall, athletic guy (jock) who is usually sporting the latest clothes in men’s fashion; and then there’s the bespectacled, tall, intelligent guy who is most likely wearing a collared button-down shirt. Sure, the first guy might sound attractive, but this is not the real point of the article, is it? Naturally, here at Geek Magazine, we advocate for the rights of all geek gals and guys everywhere!

Translation: Give the geeky guy a chance.

Why should thee have a geeky boyfriend? Let me list the ways:

1. Your geeky boyfriend will be sensitive to your feelings.

Yes, yes, we know how awkward geeks can be. So, why are we telling you how they can be a real softie at heart? Well, you know how big the hearts of geeks are! This is because some geeks are usually mocked and taunted during their childhood, so they absolutely know the feeling of being emotionally (and sadly, physically) hurt. As a result, if your geeky boyfriend loves you, he’d do anything to prevent others from hurting you.

2. You can reveal your genuine side to your geeky boyfriend comfortably.

Your geeky boyfriend is a guy who may sometimes talk to his other friends about how attractive you are, but this doesn’t necessarily mean you will be pressured to keep up appearances. In fact, there’s no need for you to spend huge amounts of cash on ridiculously expensive clothes and shoes – just look decently presentable and you’re good to go.

3. Expect romance, albeit an unconventional one, when you’re dating your geeky boyfriend.

Because we’ve already established that your geeky boyfriend is a sensitive guy, its a sure thing to expect a few romantic gestures from him. Sure, he might consider cooking a meal from scratch instead of reserving a spot in a restaurant for Valentine’s, but eating his home-cooked meal is sweeter, right? And yes, he might make a miniature wax figure of himself, so you can use it as a key chain to remember him by; but come on, a mini wax figure beats a single stem of rose every time.

4. Your geeky boyfriend will do his best to remember the little things that matter in a relationship.

You know how intellectually sound geeks are, obviously. You’re also aware of how technologically inclined they are as well. Combine these two factors and you get a geeky boyfriend who knows your key habits, pet peeves, dream travel spots, ideal family elements; and even your mother’s gift preferences!

Additionally, he will even take notice of the simple things, like being there for you when you need him, taking care of you when you’re sick and hugging you when you’re upset. Don’t all these sound absolutely perfect?

5. Expect your geeky boyfriend to be successful in the field that he has chosen.

Transparent Smartphone is Possible in the Future