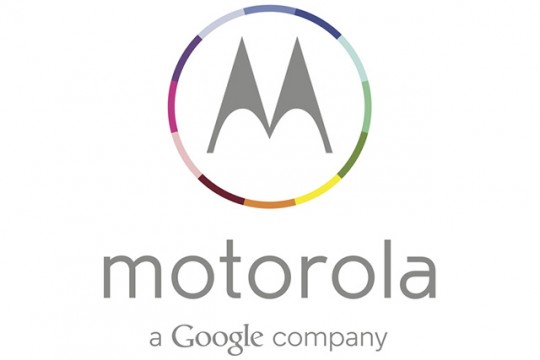 Motorola has undergone a couple of changes recently, one of them being the new and revamped logo of the company that shows Motorola’s ties with Google. Well, the new logo isn’t the only thing great about the company, there’s a new ad that will hit newspapers on 3rd July. Oh before you start fantasizing about the new Moto X phone, a fair word of warning, there are no images of the device itself, sadly.

According to AdAge, Motorola will put this ad in a few popular newspapers. Namely, The New York Times, WSJ, USA Today and Washington Post. The ad also mentions the celebrations of freedom on Independence Day July 4th. 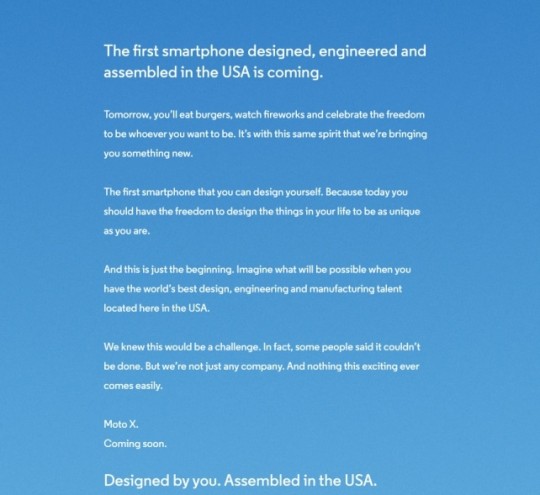 The ad doesn’t give away much about the Moto X smartphone, however, it highly emphasizes on the fact that this will be the first smartphone that you can and probably will “Design Yourself”. Another interesting thing in the ad is where it says, how it will be coming purely out of USA (Not assembled in China, Y’all!).

Even though there are no words on what the device will cost or when it will actually come out, but we’re happy that it will put a lot of Moto X phone related rumors to rest, for good. We have still not seen any official images of the Moto X either, so a couple of images will be a good start for “Design Yourself” philosophy. The ad only states that the handset will be coming soon but fails to give any solid release date. Then again it’s just a teaser, made for the sole purpose of teasing you (and Me!).

As you can read in the advertisement above, the Moto X will be a customizable phone and you will be the one to customize it the way you like. Although, the ad doesn’t reveal exactly how customizable the phone will be, but we’re sure you’ll get to choose the color of the device at least. The ad is probably out by now, and we’ll be hearing more about the Moto X pretty soon.

What customization options would you like to see in the Moto X phone?