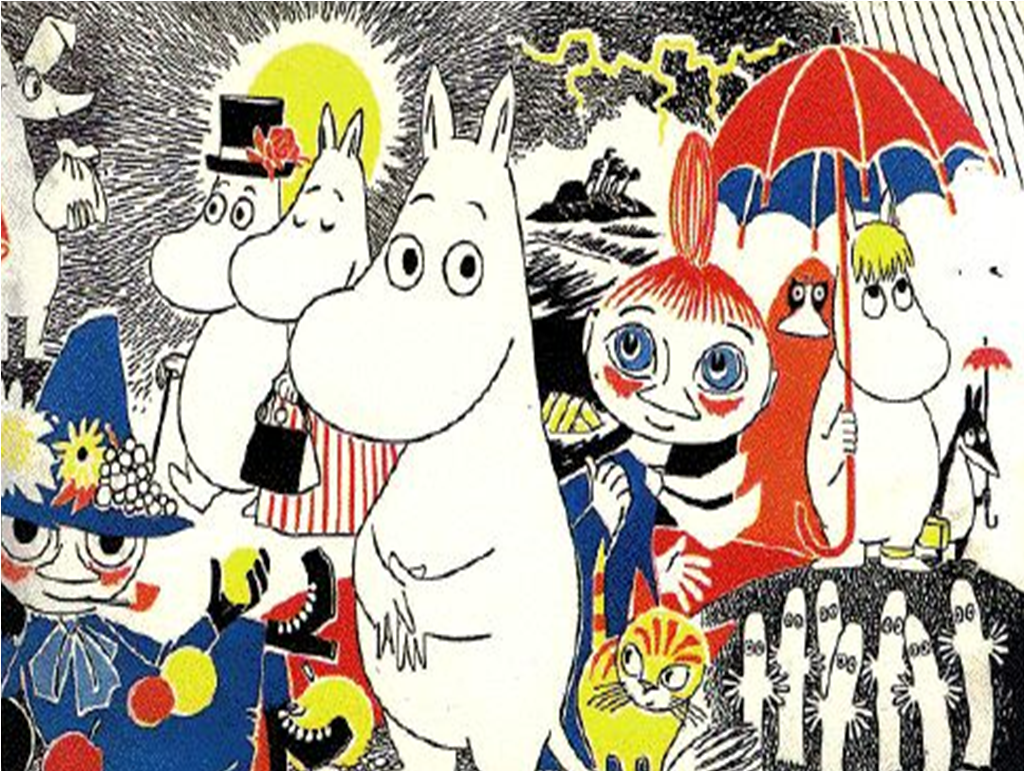 Children of all ages will have, at some point, come into contact with The Moomins, whether it’s because they read the original series of books and comic strips, or sat down and enjoyed the delights of the televised version that broadcast in the late 1980s, early 1990s. Furthermore, even if you weren’t a child of that age, there are still plenty of reruns and episodes online to keep the interest for this iconic cartoon alive. In fact, the demand for The Moomins has grown so much over the recent years, that the characters and show are experiencing a comeback of sorts.

Moomins – A Blast From Your Childhood Past

In case you’re unfamiliar with who or what the show is all about, the idea for these fairy tale creatures came from the mind of Tove Jansson, a woman who would later grow up to be a much loved and acclaimed children’s writer. Having come from an artistic family, it didn’t take Tove too long to discover her own flare for illustration, which you can see reflected in her first published comic sketch from 1934. This first glimpse at her earlier work shows that the Moomin creatures that would soon dominate children’s books had already begun to take shape in her mind. However, it wasn’t until 11 years later that the first Moomin book was published by Söderström & Co, yet from there the series of stories continued to grow steadily over the years.

The love for the hippopotamus like creatures didn’t stop at just books and TV programms, but continued to grow into something else entirely – a theme park. As unusual as it may sound, there is a Moomin adventure park in Finland, though it offers something different for the usual theme park many of our children are used to. Instead of big, fast rides, there are fantasy pathways to follow and Moomin houses to explore.

While the theme park is a fun option that families can enjoy during the summer months, there are many more Moomin related items that collectors, children and grown-ups alike, can enjoy all year round. As with any hit cartoon series, there are endless treasure troves of merchandise, from wall murals to cups and saucers and adorable t-shirts – a far reaching display of love for the show.