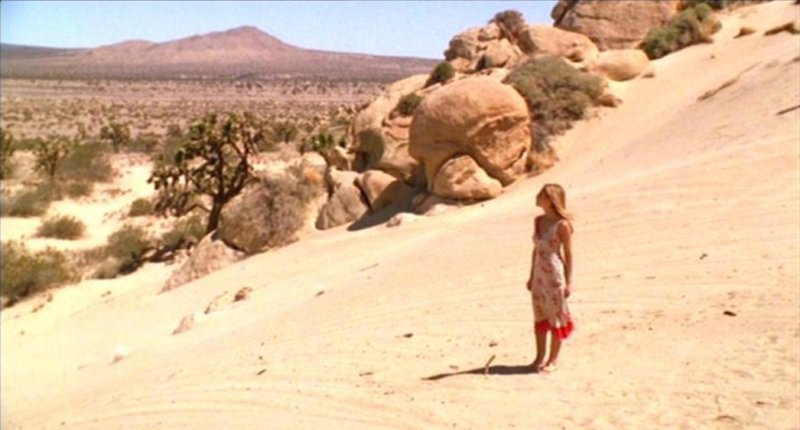 So you want to rewatch an episode of your favorite show, but you don’t know which episode best fits your mood. Whether you’re happy, angry, sad, or wistful, here’s the episode guide for you. Buffy the Vampire Slayer, created by Joss Whedon, is one of the most beloved cult television shows of all time, and its characters and episodes absolutely run the gamut of human emotion. The monsters Buffy fights are almost always a perfect metaphor for something real teenagers deal with in day-to-day life.

This guide is for the reader who is looking to rewatch Buffy the Vampire Slayer, so spoilers abound. If you’re ready to face the big bad, go grab Mr. Pointy and read on to choose the best BTVS episode for your mood.

Have you ever felt like you just couldn’t get your life together in any capacity? Sure, buddy. Everyone’s been there. In this episode, Buffy struggles with several aspects of life after coming back from the dead: school, work (both at a construction site and at the Magic Box working retail), drinking, and finances. And not to mention Spike hanging around, giving her sexy stares and making it difficult to focus on the fact that he’s a kitten-poker playing vampire. Every aspect of Buffy’s daily life in this episode seems to be a mess. In fairness to Buffy, she also has the The (Nerd) Trio constantly coming up with weird and annoying ways to make her life more difficult, but haven’t we all felt at one time or another that someone is messing with us? Watch “Life Serial” when you feel overwhelmed by life in all its aspects and need to be reminded by a gentle Giles voice not to push yourself too hard.

Emotion: Left Out and Insecure

You’ve gotta hand it to Xander Harris: even though all of his friends become super powerful at one time or another while he stays the regular guy who fixes the house and punches with average fists, he still jumps into the fight and remains the heart of the Scoobie clan. But “The Zeppo,” Xander’s feeling left out of things. Buffy & Co. decide not to call him in for another Apocalypse Battle, which causes Xander to feel unwanted and to strike out on his own. But he ends up getting into a car accident with undead delinquents, getting sexed up by Faith, and saving everyone else from a bomb in the school’s basement while they’re trying to save the world. Does that mean Xander actually saves the world this time? Well, let’s just say he’ll do it again. “The Zeppo” is a great episode to help remind you that you are cool, people dig you, and you aren’t useless. Take that, Cordelia!

So you’re feeling good, huh? That’s great! Keep it up by watching one of the most hilarious episodes of BTVS: “Something Blue.” Being that this episode is like Alternate Universe fanfiction come to life, there’s so much to love here. Spike watching Passions, Giles going blind, Amy becoming human for several seconds and then turning back into a rat again. And Buffy and Spike’s dialogue when they are planning their crazy fake wedding? Priceless. So rewatch “Something Blue,” a ridiculous romp of an episode which will absolutely remind you that, even though this show was heavy with drama and sadness, it’s still one of the funniest shows to ever air on television.

In my opinion, this was the best episode of the show. It starts out with Buffy waking alone in Angel’s bed after they’ve slept together for the first time and ends with her knowing he is not the man he used to be. Buffy’s experience is very similar to that of many young women who sleep with their boyfriends and discover afterwards that they are jerks. Even though that “one moment of happiness” caused Angel to lose his soul and that’s why he reverts back to the evil Angelus, Buffy’s emotions in this episode are no less relatable. While watching “Innocence,” share you’re heartbreak with Buffy, and remember that it’s okay to cry and feel hurt. Also remind yourself that Buffy was strong enough to keep going and keep fighting afterwards. And so are you.

Emotion: Either Aged or Immature

It seems like, no matter what, you’re always either too young or too old. Too young to go out with your friends or too old to spend time with them because you have a job. Too old to shirk your responsibilities, yet too young to enjoy the sweet peace of the grave. Anyway, this episode has that perfect balance of those characters who want to hurry up into adulthood so they can run their own lives and those who want to get back to the days when they were carefree teens. All the grown-ups in Sunnydale eat cursed band candy that makes them relive their childhoods with a vengeance, leaving Buffy and her friends with the responsibility of cleaning up the mess. If you’re ever feeling mad at the world because your current age is too old or too young, throw on “Band Candy” and be glad you’re the age you are. Or say screw it, and get yourself a nice Juice Newton coat (but maybe buy it this time).

Buffy faces many monsters, as well as bad people and situations, throughout the course of the show and always manages to dig down deep and find the strength and power (Slayer or otherwise) to defeat her demons. One of the best illustrations of this is “Showtime.” Though she gets her ass handed to her by the Ubervamp on their first meeting, Buffy doesn’t give up. And when she realizes that the potential slayers doubt her ability to lead them to victory, she teaches them a lesson that they won’t soon forget. Buffy has all the power of a grown woman who knows herself and the snark of the first season Buffy we fell in love with when she tells the Ubervamp in front of all the potentials: “I’m the thing that monsters have nightmares about. And right now, you and me are gonna show ‘em why. It’s time. Welcome to Thunderdome.” Watch “Showtime” and cheer on Buffy as you revel in your own strength and reminisce about everything you’ve gone through to become the person you are today.

That’s it for the Buffy the Vampire slayer edition of Mood TV. Be sure to keep your Scoobies nearby and put out a mug of blood for Spike. Happy watching, fellow slayers!