Mistletoe Drone And The Romantic Magic Of Christmas 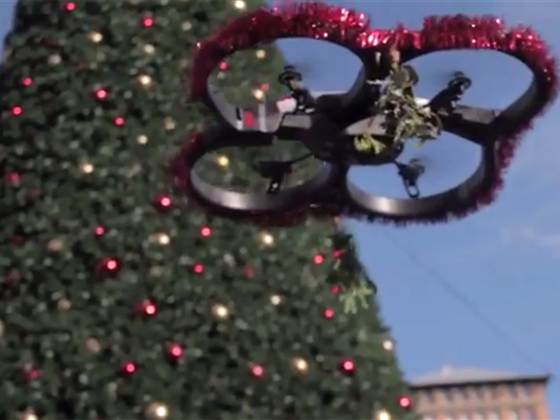 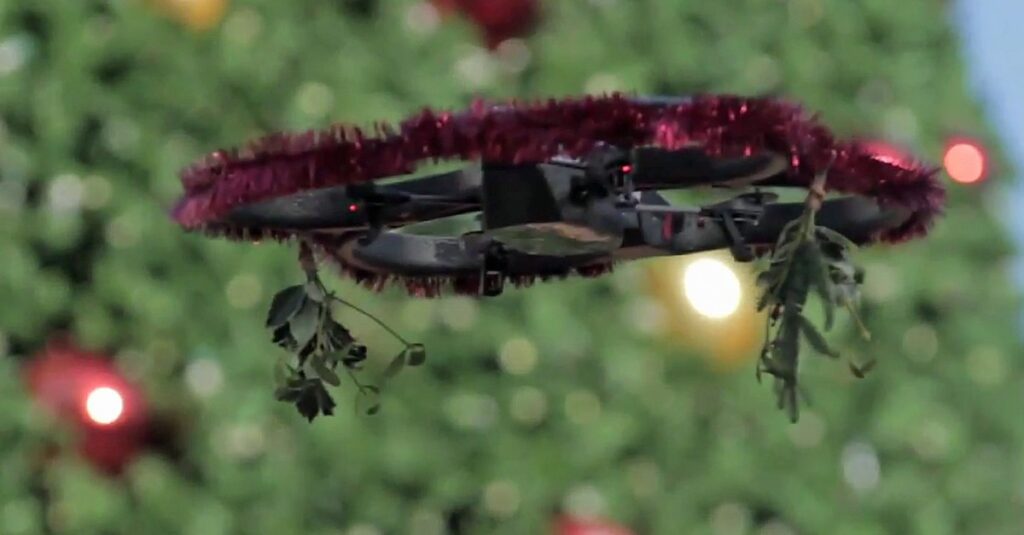 “Drones have been causing all sorts of paranoia lately and I wanted to reframe them from being something scary and ominous to being fun and human,” Zisiadis told The Bold Italic. He and his partner spent the day chasing couples with the flying mistletoe and encouraging public affection.

Based in San Francisco, George Zisiadis is an artist and designer aiming to inspire imagination with his inventions and ideas. He introduced the Pulse of the City to Boston, MA last October, which turned peoples’ heartbeats into music. He also administered the “world’s first interactive balloon immersion” called Balloonacy. Over 2,000 people entered a dark room with thousands of motion-sensitive light-up balloons. The Mistletoe Drone is his latest brainchild.

Mistletoe drones haven’t been the only things flying around this year. Joel Veitch, inventor of the Bacon Drone, applauds his stroke of genius: the Bacon Drone. The tri-copter drone made of tape, sticks and coat hangers delivers an entire English breakfast including sausage, eggs, bacon, mushrooms and ketchup. Veitch believes that his Bacon Drone is the answer to pure happiness.

“All humanity will be united as one beneath the benevolent iron fist of Bacon Drone. All war will be forgotten. All argument will be unthinkable. The world will be perfect,” Veitch told NBC News.

Both ideas are a little crazy, but both of their inventors had one motive in mind: bringing joy to people. Little things like flying bacon and public displays of affection (although sometimes grotesque) give people happiness and inspire imagination. Kudos to George and Joel for finding ways to instill joy. And let this be a message to all of you inventors out there still stuck in your basement phase. It’s a new year, so get imagining! Nothing is too silly or too small to make someone’s day.

Room for Improvement: Breaking Down the Inconsistency of Online Advertising