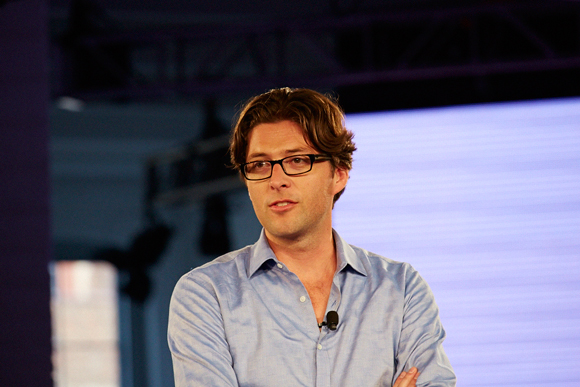 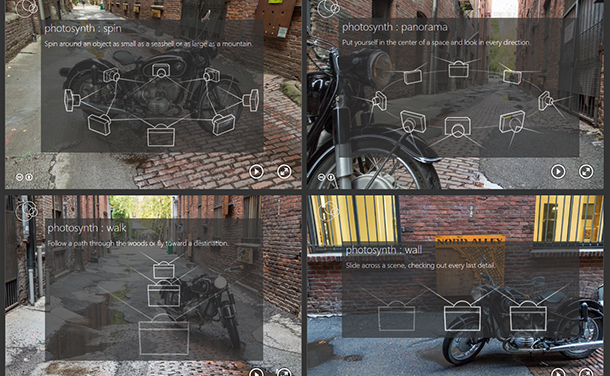 Changes in the immense fabric of the internet tend to sneak up on us. Nascent systems that seem like impractical curiosities can gather momentum, developing by gradual increment, until one day we suddenly realize the progress that has been made. Microsoft’s Bing has been around for nearly five years, and in that time it has understatedly and consistently spread its wings. Placing emphasis on accessibility and cohesion, it has some lofty ambitions for what can be done with the new version of its Photosynth software and the integration it will have with the diverse Bing platform. When the technological potential of the programming meets the expertise of the photographers involved in the development of the Lumia line of smartphones, there should be impressive results. Let’s have a look at what Microsoft plans to accomplish in the near future, and consider how this fits into what could loosely be termed the Bing experience.

Raising the Standard of Phone Photography

Phone cameras are used more widely now than ever before. The proliferation of social media avenues and popularity of apps like Twitter and Instagram have resulted in a surfeit of images from all parts of daily life, but the quality bar has not been set very high, with endless filters and tone adjustments slapped on weak shots. When it comes to professional-level images, there’s only really been one game in town; Windows Phone’s Lumia range. We know from recent news that RAW image support is being rolled out to various Lumia models, and I’m sure it will be standard fairly soon, giving avid photographers even more options to work with.

This situation is very relevant as we begin to look at Photosynth, a Bing application which allows image collections to be stitched together in various handy ways. 360 degree panoramas, detailed scene pans, 3D object shots, even navigationally-controllable trip views are achievable in the new version. These things are obviously not new concepts, but if there is one thing that has been holding them back from being more widely used, it is their execution. Too often they have been poorly generated from middling sensors and with no particular purpose.

With this update, however, Microsoft may well have put together the most impressive consumer-level software we’ve ever seen. Various samples of Photosynth-generated content are available for viewing here, and while credit must be offered both to the photographers responsible and the conditions in which the scenes were captured, there is no disputing the level of smoothness and the clever nature of the interpolation.

To get some more details about the project, I spoke to Bing’s Senior Director of Search, Stefan Weitz. He explained, in his own words, what makes the new version so interesting, and ran through the possibilities afforded by it.

“In the first Photosynth, you would take a number of pictures and we would try to stitch them together and recreate that three-dimensional world, but the transitions were a little bit jerky, a little disorienting sometimes to actually navigate around, and that was just due to the way we captured it. The new one really is far more focused on how humans actually examine their worlds […] It was really all designed to say “How can we really make this feel more like [how] a human would actually interact with the world in three dimensions?” […] As you saw, David Breashears who was a National Geographic photographer captured Mount Everest in Photosynth, and he was obviously one of the early guys who saw the power of this and said “Man, we can really use this to capture something like Mount Everest in a way that no-one’s ever seen.””

I asked about the central goal or ethos of Microsoft’s user interface design process, and he provided some interesting information about the streamlined minimalism of the general Windows platform and how the developers view the purpose of modern searching.

“I was talking to Julie Green yesterday who runs all the hardware for us, and we were talking about the fact that the goal really these days is to minimize a lot of that interface. […] How do we deliver the right amount of information to somebody without overwhelming them with 500 icons, for example? […] It is that question of “How do we build this fast and fluid and very human interface but also make sure that when you’re finished using the interface and you want to get to your task, we can get out of your way?””

High-quality Photosynth-style efforts from companies have been possible for some time, but a core concept of this Photosynth iteration is clearly to allow for the average phone user to assemble something worthy of being kept. Mr. Weitz had the following to say about looking forward to wider usage:

“[The] nice thing about Photosynth is that it’s free. Anyone can use it. If a hotel chain decides they want to go and Photosynth all their rooms, they can do that. There’s nothing stopping them, there’s no license fee they have to pay, there’s no money to us they have to pay, so the real benefit of Photosynth is that it is something that we’ve made available to the world at no cost, and we’d love to see what companies and consumers and anybody else for that matter can do with it.”

I’m sufficiently interested in various aspects of science and history that I find museums worthy of my attention on occasion, yet I have a fundamental dislike for wandering around buildings looking at relics I’m not allowed to touch. It’s intriguing to imagine what someone armed with the full complement of Photosynth functions could do with a museum’s website, or how an amateur archaeologist might keep track of his findings. Ultimately, given the easy accessibility of the software, there is a vast number of applications open to anyone with a decent camera (phone-mounted or otherwise) and an internet connection. My family is moving house soon, and I am quite sure that prospective movers would be eternally grateful to Estate Agents if they used the walk function.

I’m not much of a photographer, but I really can see myself making use of Photosynth, especially to send the experience of living in South-West England to my more geographically-fortunate acquaintances. It would also be nice to record things for posterity, to be able to show friends or family in the future fairly accurately what a particular place looked like and something of what it was like to move around it.

Moving with the Times

Mr Weitz’s enthusiasm for the possibilities was clear and abundant, and there can be no doubt at this point that Microsoft is going all-out to steal a march on innovation with its plans for Bing. Google’s dominance has allowed it to rest on its laurels somewhat, sticking with a successful formula and rarely deviating too radically, but the steadily growing uptake of Windows-led mobile devices continues to demonstrate that there is plenty of room for taking a different route, in this case one more in keeping with the increasingly sophisticated requirements of internet users.

Rap Genius Is Back In Google’s Good Graces

Where Is The Magic In American Horror Story: Coven?