Rap Genius Is Back In Google’s Good Graces 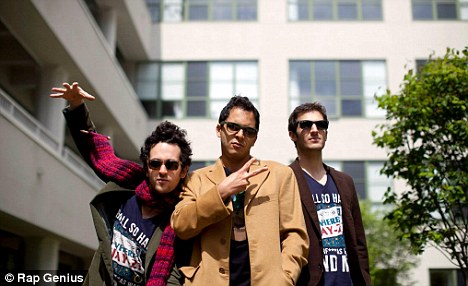 Last month, Rap Genius tried to play Google and did not get away with it.

Rap Genius was created in 2009 by a few boisterous Yale undergrads: Mahbod Moghadam, Tom Lehman and Ilan Zechory. Their main purpose is to explain the meaning and metaphors of rap lyrics. The site contains poems, religious documents, music news and interpretation of lyrics. Everything was going according to plan until they got a little too cocky and broke Google’s rules. This was all fine and dandy, but someone slipped up. John Marbach, founder of Glider, an email filtering service, received the instructions to post unrelated lyrics links from Rap Genius. He published the instructions, which caught the eye of Matt Cutts, a.k.a. Google’s spam czar. His team then investigated the matter and smelled something fishy.

Turns out, the “Rap Genius Blog Affiliate” violates one of Google’s rules, stating that a website cannot attempt to manipulate the Google PageRank algorithm in order to rank higher in search results. As punishment, Rap Genius was removed from Google’s search results, causing their web traffic to subside. The reason for Rap Genius’ search engine shut down was because of “a pattern of unnatural artificial, deceptive or manipulative links pointing to its site,” according to Google. Google buried Rap Genuis in the fifth or sixth page of results even when “rap genius” was searched. This took a serious hit to Rap Genius’ web traffic. According to Quantcast, Rap Genuis plunged from around 700,000 uniques per day to about 100,000.

In response to Google’s smack down, Rap Genius posted a lengthy and apologetic blog to Google. The three founders apologized to Google, admitting their wrongdoings and begged to be put back at the top of their search results.

“We apologize to Google and our fans for being such morons,” they wrote in their blog.

To right all wrongs, Rap Genius developed a “scraper” which compiled a list of all the URLs, which had links to their site. Rap Genius then contacted the webmasters and requested for their links to be removed. The scraper revealed 177,000 URLs containing spammy links to their site. That was enough to win Google over and win back its Search Engine Optimization (SEO) standing.

As of now, Google and Rap Genius are in good standing with each other again. Rap Genius provides accurate lyrics and interpretation along with the option to listen to the song using links to Spotify and YouTube. They also continually update their music and pop culture blogs. Although Google could have given Rap Genius the virtual “talk to the hand”, they decided that that would go against their mission: to organize the world’s information and make it universally accessible and useful.

Needless to say, Rap Genius is back in business and back on the first page of the search engine. And everyone lived happily ever after.