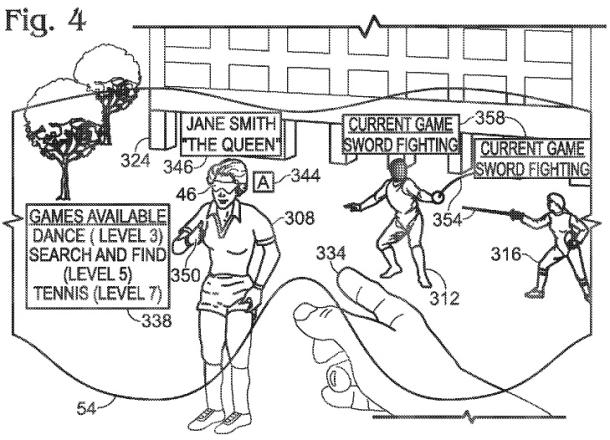 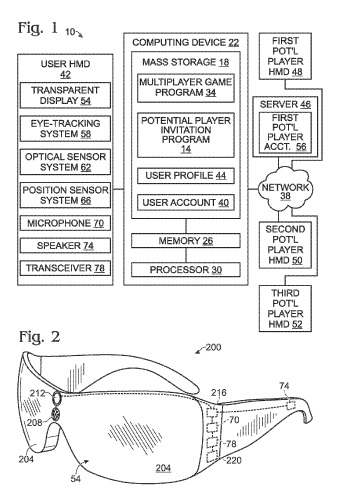 One of the most interesting parts of the patent is that it focuses on eye-tracking, depth information, facial recognition and other sensor information that allows multiple players to be in the same virtual area, such as two players fencing. The patent describe that, “depth information comprises a measured depth of an interaction space in which the user and the potential player are located, and the potential player invitation program is further configured to use the depth information to select a suggested multiplayer game that is physically compatible with the measured depth of the interaction space; and suggest to the user the suggested multiplayer game.”
This technology seems like it could be the video game wing of augmented reality. While Google Glass handles phone calls, and taking notes. The new Microsoft technology might allow you and some friends to get to a park for some FPS action under the sun.
#Gamingaugmented realitygoogle glassmicrosoft